Meesha Shafi Just Got Trolled On Twitter For Suggesting A Name For Jeremy McLellan’s Baby! 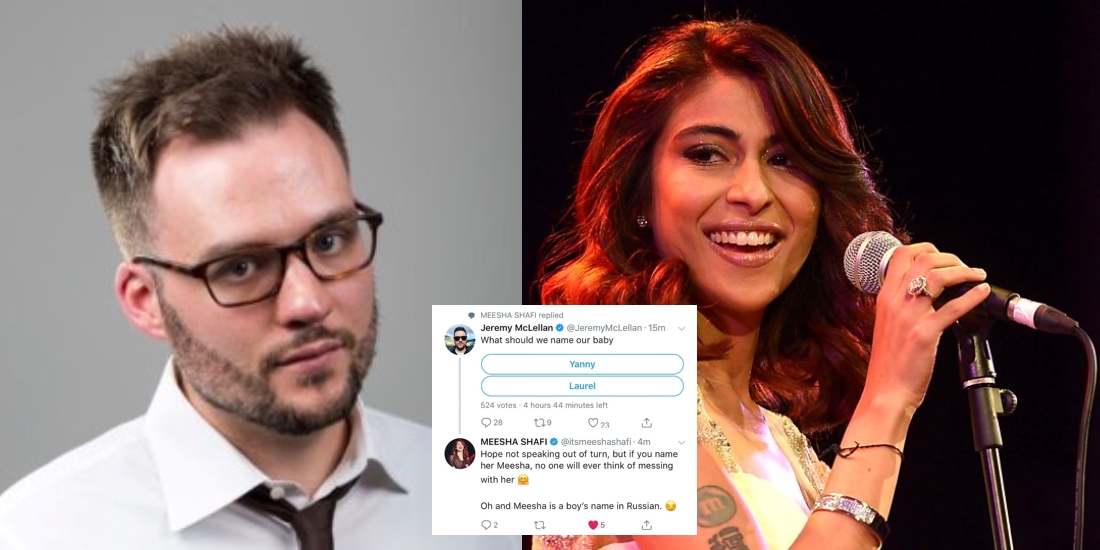 The very witty and classy af comedian, Jeremy McLellan, is also a social media influencer. People in Pakistan have some great amount of love for him and in response to all the love, Jeremy shows his love to Pakistan in every way possible. Jeremy, apart from being a comedian, is winning hearts of millions of Pakistanis through his Twitter and Facebook. He once wore a T-shirt to prove that he is actually a US ambassador to “Pindi Boyz”.

Well, the Pakistan’s favorite gora just shared a good news saying that he’ll be a dad soon! He shared a photo on his Facebook page of the hospital saying that the baby is coming!  It won’t be of any surprise if we say that Pakistanis will be happy on the arrival of his baby than anyone else.

Posted by Jeremy McLellan Comedy on Thursday, May 17, 2018

So yesterday, the internet was stuck between Yanny and Laurel! This one annoying audio clip was circulated all across social media and it literally started a war where people were fighting over what they heard was right. But the science was cracked by the audio scientists and they declared that if the audio clip is heard at a lower-pitch you’ll hear Laurel and if heard at a high-pitch you’ll hear Yanny! DAMN!!!

So, after the heated war between names, Jeremy took a chance to decide a name for his baby! He made a poll where he asked what should he name the baby and guess what….. there were around 600 votes in 5 hours! But amidst that, Meesha Shafi thought otherwise and suggested a different name to Jeremy. 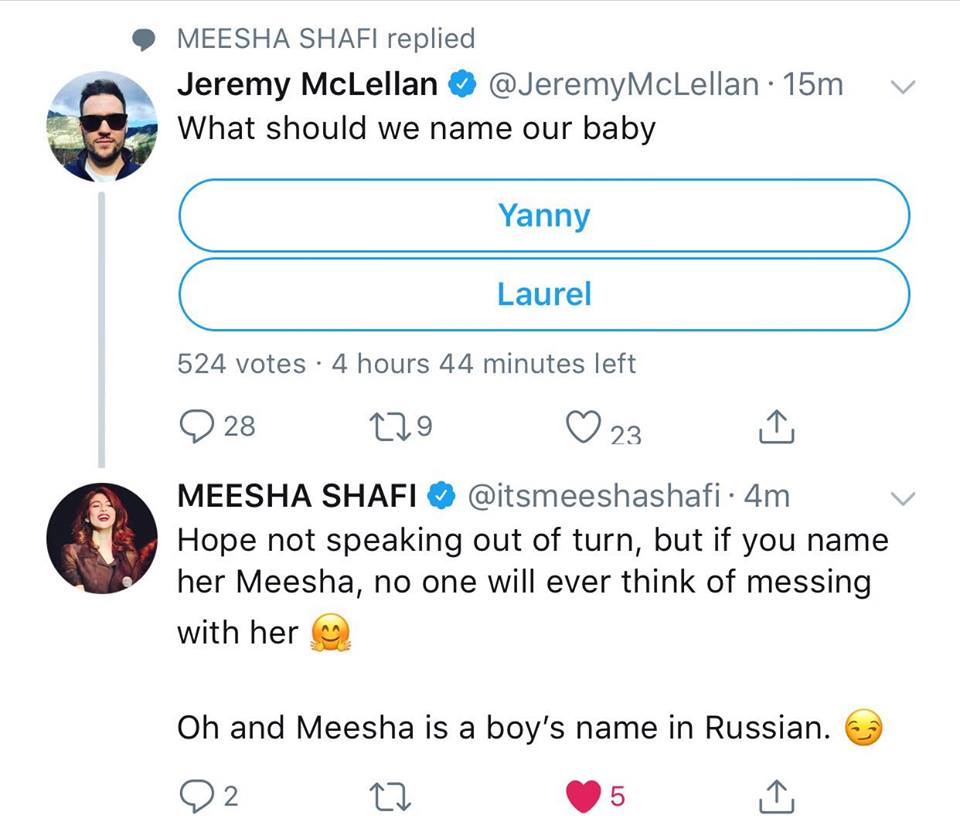 Well, Meesha suggested Jeremy that how about he name his baby “Meesha” because no one will think of messing with her and there’s another perk of this name that if he has a baby boy he can still keep the name in his list since Meesha is boy’s name in Russian!

why are people so self obsessed?

But do watch out for people with name Ali then

No lethal than “tok bazi”

self obsession is a disease.

We really hope Jeremy doesn’t take it too literally tho. LOL.

What do you guys say? Hav anything to add to this story? Let us know in the comments!