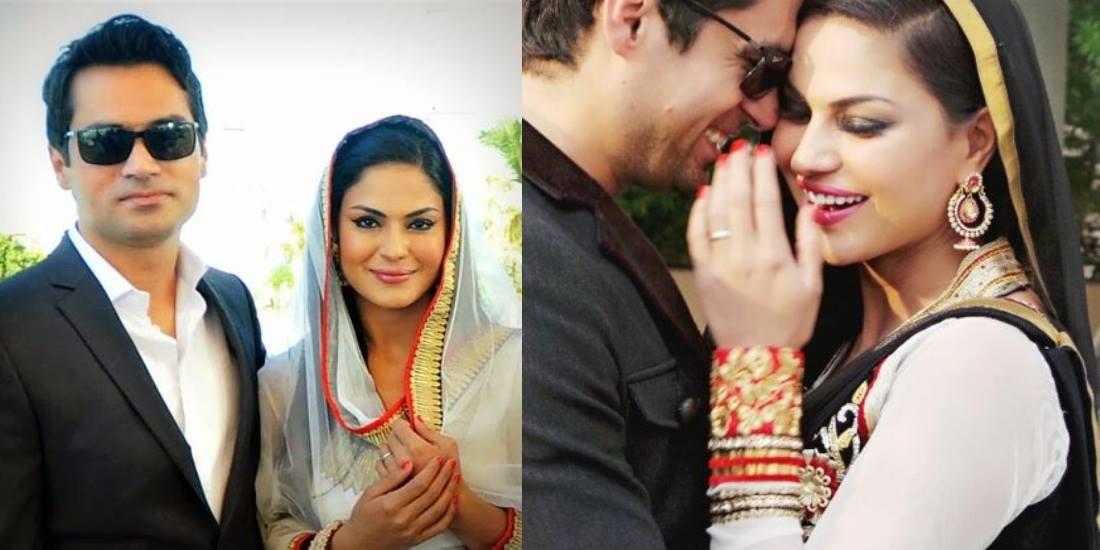 Veena Malik, the ever so “controversial” celebrity just announced something really saddening and yes, it happened. Veena Malik got fame when she was selected for Big Boss the famous Indian reality show, where she was often seen romancing with Bollywood actor, Ashmit Patel!

They both confirmed during the show that they’ll soon tie the knot once the show ends. Well!! They did date each other for a long time after the show but it didn’t last too long. Later, Veena got involved in many controversial things like the famous ISI photoshoot?! Yeah, that was something very fiery!

Amidst all this chaos, it came as a surprise when Veena got married and started wearing hijab! People did appreciate her effort and she continued with her happy life!

But she recently announced that she has taken Khula from her husband which happened quite a time ago!

Veena Malik did not live with her husband

Veena also has two beautiful children from her ex-husband…

However, the custody of their children is given to Veena

We hope that the split turns out good for both of them and their children. Ending such relationships is indeed hard but Veena is a strong woman to handle all of it! May the strength and power be with you. Since the decision of this split is completely mutual and nothing is forced, they both will get some time to move on and get along with life.

Have anything to add to the story?? Share away!

Meesha Shafi Just Got Trolled On Twitter For Suggesting A Name For Jeremy McLellan’s Baby!
This Pakistani Male Model Shares How He Was Shamelessly Harassed By A Renowned Photographer
To Top