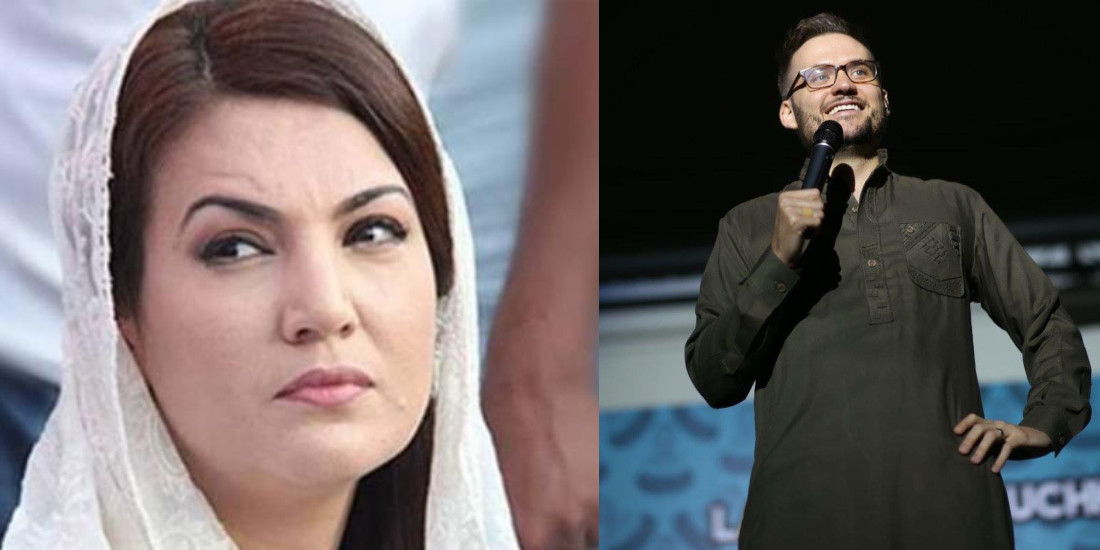 Reham Khan was a face that appeared to Pakistan’s common people when Imran Khan married her. Before that, she was known to only the elite class of the country. Now, after her marriage is done and dusted; so is her reputation in Pakistan. But really, looking at the series of things that she has done after Imran Khan married Maneka or even before that; is just plain stupidity or rather seems like a sheer act of attention seeking since she was receiving none. Khaaairr! Now, just last month, the bomb that she dropped on Pakistan was alone equivalent to the bomb dropped on Hiroshima and Nagasaki. THE BOOK!

Yes, now you know. She *don’t-know-when* wrote this book, which she was claiming to have tons of secret and would expose everything and everyone. Later when the script of the book was somehow *stolen* and reached Hamza Ali Abbasi, he did not leave any stone unturned to bash her. After the notorious content of the book started exposing Jemima Khan, Imran Khan’s first wife wrote on Twitter on her son’s behalf (who also was mentioned in the book) that the book’s content is too libelous to be published in the UK. But if the book gets published in Pakistan, she will be suing Reham on defamation and breach of privacy charges.

Well, the unexpected happened and “The Book” is here! It’s named after Reham Khan and available on Amazon. So, everyone, this morning was excited to get their hands on the book. WELLL!! Jeremy McLellan just posted on his Facebook saying that he has actually read Reham Khan’s book!

Here’s what he had to say 😀

Just finished reading Reham Khan’s book. It was beautiful. According to her, Imran Khan is the first man in history to…

Jeremy is totally in favor of Imran Khan. That’s his choice. But his humor makes people favor him. No wonder why people of Pakistan consider Jeremy one of their own. 😉

Want can we say?! After the kind of actually “ugly” content that her book has, which completely seems to have invaded a lot of celebrities personal life, like Waseem Akram and his late wife. Let’s hope, this book doesn’t hurt anyone emotionally or ruin anyone’s reputation for that matter.

Do you guys have anything to add to the story? Share away!