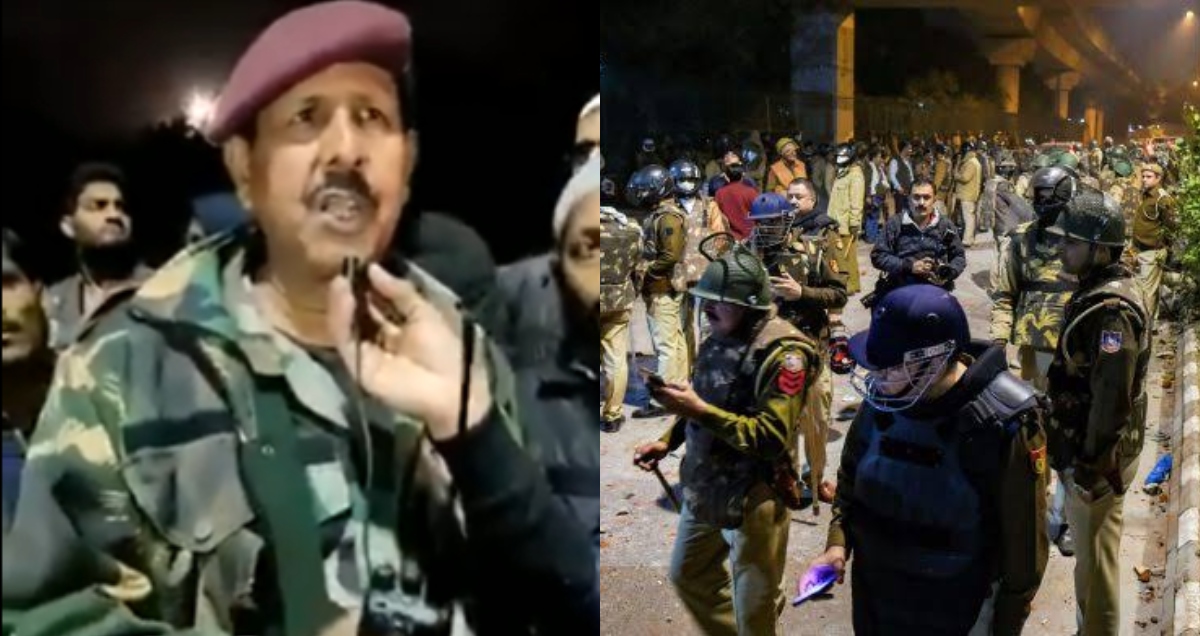 The latest act of fascism by the Indian government has started a semi-civil war in Delhi. Thousands of students, Hindus, and Muslims are protesting against the Citizen Amendment Bill (CAB) in Delhi.

What started off as peaceful protests against the notions, have been turned violent by hidden hands. Yesterday night, Delhi police raided the Jamia Milia Islami and Aligarh University, to edge the protests. Moreover, in a bid to restore peace, the police themselves acted as main culprits in disrupting it.

Delhi police were ordered by the Indian government to enter hostels, both male and female, trash the university and beat students. And this is exactly what they did. Hundreds of students have been injured in different clashes, where the police have not even spared helpless girls.

However, the students, from a fascist point of view, understandable. But the Indian police had the courage to beat one of their own, an Army officer on duty. In a viral video, an on-duty Indian Army officer tells the frightening tale of police brutality on Muslims in Delhi. An Indian girl named Anugya even promised to leave India because of what was happening.

This is what the Indian army officer had to say: “The policeman was beating the Imam of the mosque, I asked him not to do so. I am an on duty Army officer and I am asking you to not beat him. The police, in return, abused me and took me to the road.  Ten police officers beat me together for a while. They hit me on the legs, the hands and wherever they could find space.”

The Army officer acted responsibly and tried to protect the innocent Imam of the mosque. However, his act of kindness and empathy was not taken kindly by the police. They had orders to incite violence and beat anyone who stopped them.

When this scenario is compared with that of Pakistan, the armed forces in the country are held in the highest regard. In Pakistan, Army officers are looked up to and respected. However, in India, the rogue police have been given more power by the fascist government of India.

Additionally, this is also one of the reasons that there is a high suicide rate among Indian Army officers, who for years, have claimed that they are not treated right. In return, this affects their performance on the field. It is not a hidden fact that Pakistan’s Army officers are more diligent and focused on the cause, than their Indian counterparts.

Hindu Girl Anugya Promises To Leave India After Brutality Against Muslims!
Aqeel Mirza, Who Was Recorded Hitting A Man In Lahore Is Now In Jail!
To Top