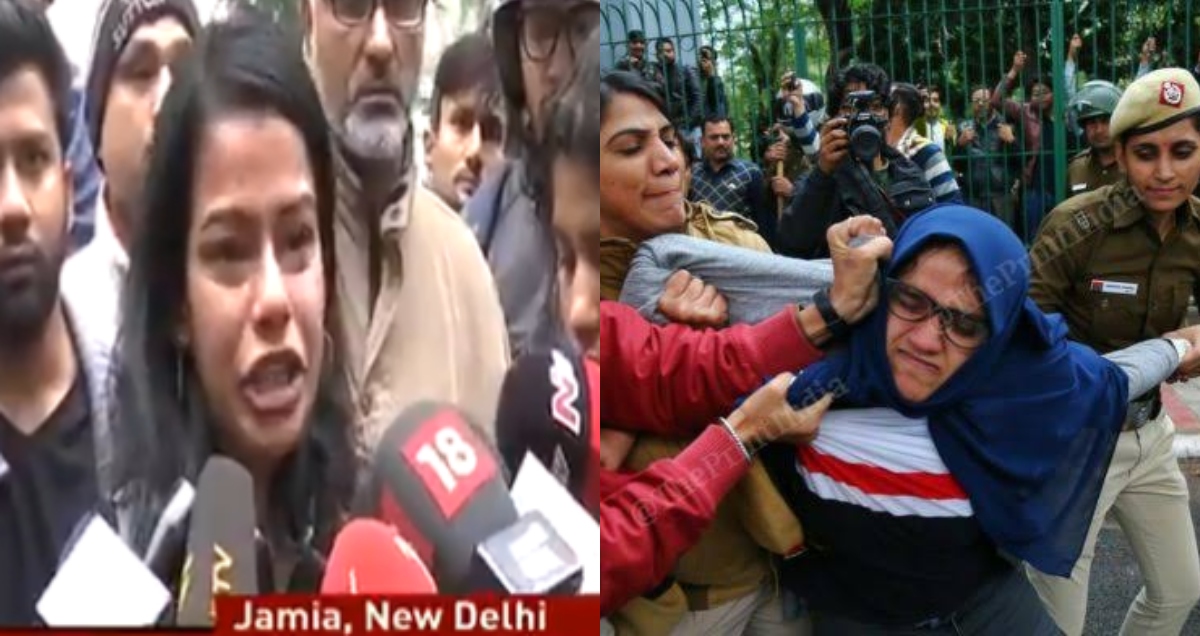 The scene opens to a crying girl on a camera, her tears can be seen rolling down her cheek. Standing at the Jamia Milia Islamia University, she is distraught, enraged and in danger. Why? Because of the Citizen Amendment Bill (CAB) in India. The other day, the Indian government decided to amend the citizen bill in India, in order to curb the rights and freedom of the Muslims who reside there.

Since the bill got in motion, protests have emerged from Muslims and secular Hindus, against the notion. The main hub of these protests in favor of Muslims was the Jamia Milia Islamia and Aligarh Universities.

The news coming out of the Jamia Milia Islamia is more than just concerning, both for India and Muslims who live there. The police on government orders raided the JMI University to end the protests. However, due to the nature of the orders, things turned violent very soon. More than 50 students were detained and hundreds were beaten ruthlessly by the police.

The harsh use of force ended up injuring hundreds of young students, mostly Muslims, in a bid to silence them. One girl’s video from outside of the Jamia Milia Islamia University has gone viral. Her name is Anugya. A Hindu student of law who could not stop crying over what she had witnessed.

This is what Anugya had to say to: “Before your Modi and BJP Sarkaar, we were fine, we were far away. I do not know where I will go but I will not stay here. They ruined my house, my university.

I am a student of Law here, I had an exam of the constitution. What is left now? All we did was to protest. My friends are dead, people have died here. Their limbs and heads have been broken. They entered the hostels, both male and female, they beat everyone. They trashed our university (Jamia Milia). Nobody cares. Is this democracy?”

Anugya revealed that she and some of her friends ran from the scene last night, stayed elsewhere, instead of their house, which was the hostel. Anugya was so distraught, she vowed to leave and never return, not telling where she’d go. However, she later revealed that she would now be returning to her native village.

The Imam of the mosque tried to stop them from doing so and in return, he was beaten as well. This ongoing case of violence against Muslims in India is a rude awakening for supporters of the Modi sarkaar. As DG ISPR said, this is the beginning of India’s end.