Here's Everything That Happened on the First Day of PSL!

The much-awaited cricketing event of the year, Pakistan Super League kicked started yesterday in full swing. From the opening ceremony to the amazing debut performance by Multan Sultans, beating the defending champions Peshawar Zalmi, it is everything Pakistanis wanted to see in the opening of this year’s PSL.

So Incase You Missed The Opening Day of PSL, Here’s A Recap for You! 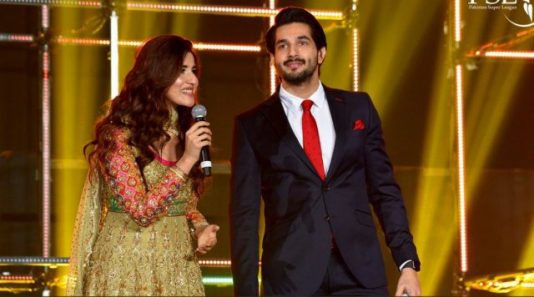 Ali Zafar Made a Flying Entry at the PSL Opening!

And Everybody Loved Ali Zafar Even More for the PSL Anthem!

Abida Parveen Stole the Show with her Mesmerizing Performances

Here’s a Glimpse of her Performance

The only human who has got Aab e Hayat- ever so young Shahzad Roy!!

And How They Brought the Trophy to the Ground

Then We Saw an Amazing Performance from the American Singer Jason Derulo!

Sadly, the impact of his performance wasn’t that welcomed by Pakistanis!

Next time pay that amount to local talent because honestly nobody gives a fuck about Jason Derulo.

How Could We Miss Wahab Riaz’s New Look?

Ready to go for the opening ceremony & our 1st game of PSL#3 , not sure about @WahabViki new look ????? pic.twitter.com/eAtbNn1W37

So the ceremony finally ended and the match started, with Multan Sultans winning the toss and deciding to bowl first. Shoaib Malik’s side indeed kept the pressure on the Zalmis’ for the entire match!

Kamran Akmal Was Out on a Duck

Kamran Akmal was a disappointment then,

Kamran Akmal is a disappointment now.

Ahmed Shahzad Also Got Out on a Duck…

The Sultans Needed 6 Off 6 Balls and Captain Malik Ended the Game with a Six!

Great to get off to a winning start. Brilliant by Mohammed Irfan and @realshoaibmalik. Back tomorrow for another match. @MultanSultans

So here’s everything you need to know about the first match of PSL. The fever is still as pretty much high – Karachi Kings will be playing their match against the Quetta Gladiators today and we are all very excited.

Let’s see how it goes tonight!