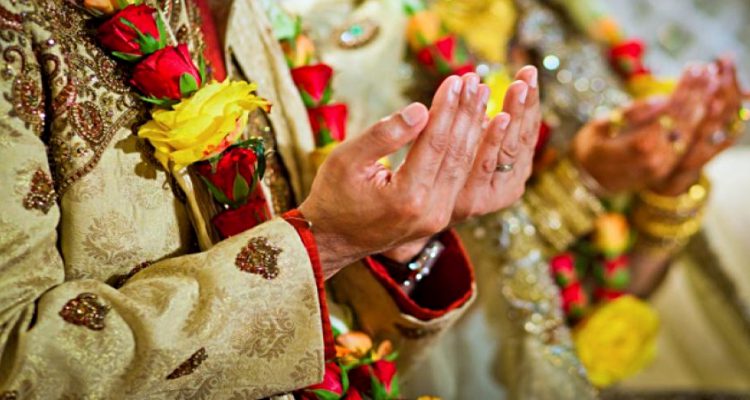 “O Ali! Three are not to be delayed: Salat (prayer) when it is due, the funeral when it is presented, and (marriage) for the single woman when someone compatible is found.” (At-Tirmidhi 1075)

Marriage is a sacred union between a man and a woman – it brings a lot of responsibilities and promises that need to be kept when a couple signs to pledge their lives in the boundaries of love, care and compromise.

Nikkah in Islam has been given a lot of stress. The Quran and Sunnah of Prophet Muhammad SAWW sheds light on rights of a husband, of a wife and how ideally marriage should work. However, the cultural and societal norms have twisted a lot of things, such as the concept of getting married in the month of Muharram.

Muharram is the 1st Islamic month. According to our societies,  Muharram being the month that sheds light on one of the most painful incidents in Islam is said to be a month where silence needs to be observed. Conclusively, our society believes it is a bad sign to get married in the months Muharram.

“Indeed, the number of months with Allah is twelve [lunar] months in the register of Allah [from] the day He created the heavens and the earth; of these, four are sacred. That is the correct religion, so do not wrong yourselves during them.” (At-Taubah 9:36)

Muharram is one of the four sacred months of Islam and is also referred to the time the Prophet Muhammad SAWW migrated from Makkah to Madinah.

Allah’s Messenger (PBUH) said: “The time has returned to its original state – the state it was in when Allah created the heavens and earth. The year is twelve months, four of which are sacred. Three of these are consecutive: Dhul-Qadah, and Dhul-Hijjah, and Muharam, and (fourth is) the Rajab of Mudar, which is between Jumada and Shaban.” (Al-Bukhari 3197).

Misconception of Getting Married in Muharram

With the holiness and sacredness revolving around the martyrdom of Al-Hussain, the society believes it is wrong to perform anything celebratory in this month. While the incident of Karbala is one of the most painful and tragic events in Islamic history, there is no claim in Islam the requires the delay of marriage for this purpose. Quran was completed before this event, which is why there is no proving of this misconception either.

“This day I have perfected for you your religion and completed My favor upon you and have approved for you Islam as religion.” (Al-Maidah 5:3).

May Allah guide us all to the right track, Ameen!