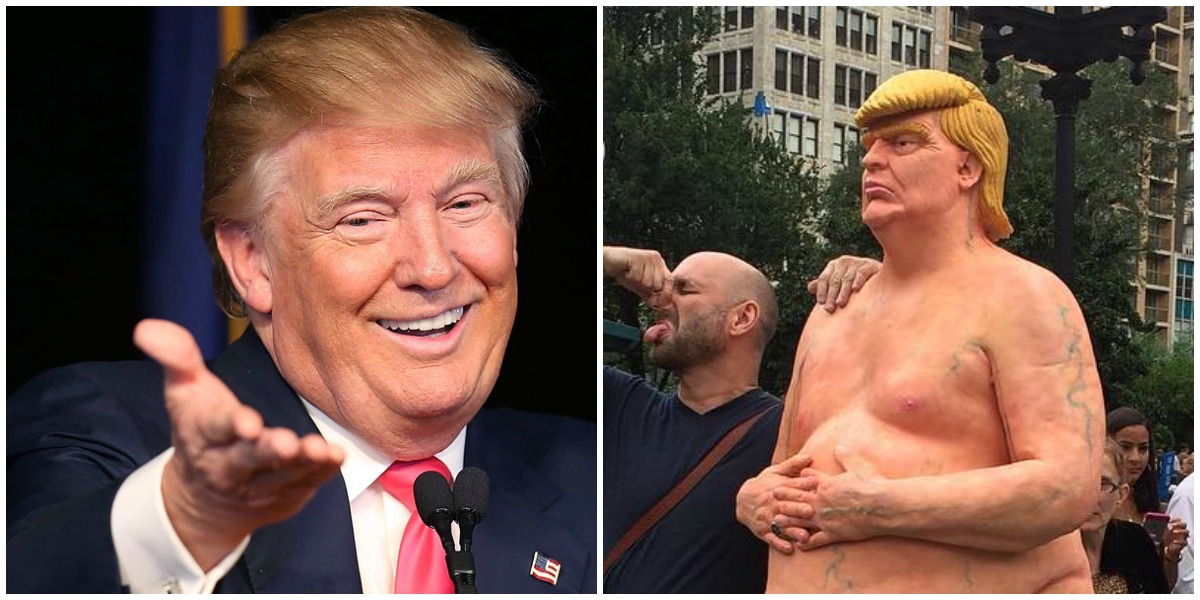 Everyone appreciates the art shown through sculptures – but today there was a bizarre yet extremely hilarious sculpture that mysteriously appeared in Union Square, USA.

Brace yourself (or maybe close your eyes) for the Naked Donald Trump sculpture!! 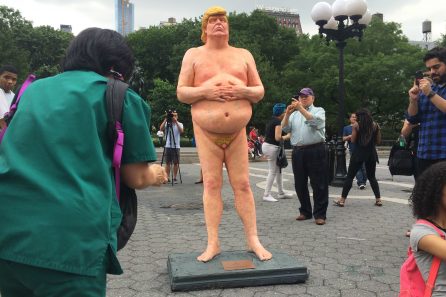 The naked Donald Trumps sculpture very explicitly showed the Republican presidential candidate’s frontal and back and the artist didn’t shy away from showing the realistic details of Trump. Here’s what it looked like:

You can see the orange mop of combed hair, his flesh skin, an exploding belly and veins. The maker made sure that none of the physical features are spared for our imagination – however, he did leave one intentionally – Trump’s balls.

A photo posted by Commuters on the Green Line (@commutersonthegreenline) on Aug 18, 2016 at 9:26am PDT

On the base of the statue, the maker engraved “The Emperor Has No Balls.”

While a number of passerby were shocked to see the sculpture, dozens Trump haters took selfies, made jokes and pointed middle fingers at the statue.

THE NAKED TRUTH!!
MEDIA IS PROTECTING HILLARY!!
It´s US x #MSM
Go Trump, We got your Back!#Trump2016 #TrumpTrain pic.twitter.com/HQIaQ6GXwB

Everyone wants a photo opp with the naked trump in Union square pic.twitter.com/Oz74G4ry4W

Someone put a statue of naked Trump (with giant belly + tiny peen) in NYC today and apparently it’s also a Pokestop pic.twitter.com/31Sh6W8OwN

The work is said to be done by someone who has a YouTube channel by the name of INDECLINE. However, there is no proof to that as of now.

Trump is probably the most hated guy in the United States of America, and that can be seen how people came rushing to see this sculpture and abuse it.

The NYPD didn’t take much action against the situation either. People were coming and showing their hatred for the potential next president of the United States.

Let’s wait and see how ridiculously Trump addresses the situation.

UPDATE: NYC Parks has removed the statue and has issued a rather funnier statement on removal of it.
Have a look at it here 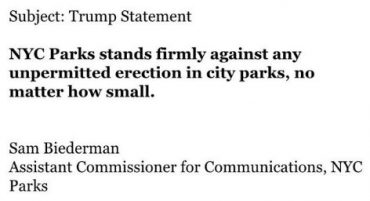 This Major Imported Chewing Gum Brand May Not Be Halal!
5 Hilarious Things Only Brown People Say And Do
To Top