A man who hates one particular religion alongside the members of the country who promote oppression – a perfect yet bizarre union of two opposite yet similar polls. President of the United States of America, Mr. Donald Trump, a man who did not shy away from showing how he dislikes Muslims (specifically of different Muslims states). His first charge as the president of US was to ban Muslims from his country. He blamed radical Islamists for a number of activities. It surely was a huge surprise when the POTUS decided to visit one of the most religious Islamic countries in the world, Saudi Arabia. 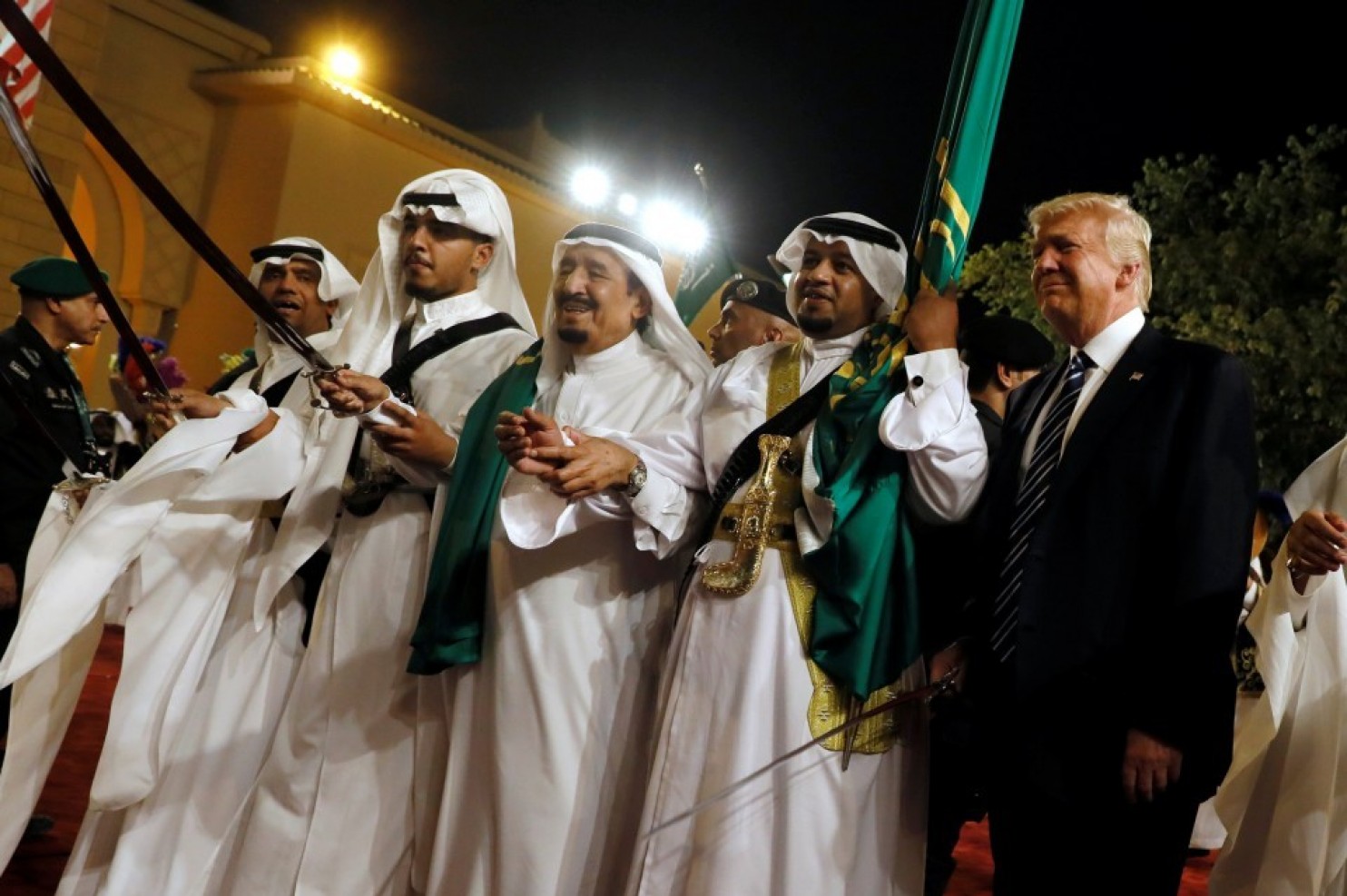 Various trends started on Twitter talking about how Melania Trump avoided wearing a headscarf during her trip to Saudi Arabia. However, when it comes to the international ladies, Melania Trump wasn’t the first to visit the country without having her head covered – Michelle Obama and Hilary Clinton didn’t follow the custom either.

She didn’t have to. pic.twitter.com/94NrXKAlTB

Of all the things people were imagining Trump to say, his extremely ‘un-American’ speech came out as a shocker to many.

While many thought what Trump did was a pure depiction of hypocrisy, safe to say, this is perhaps the first sane speech has made as a president who cares about building relations with another powerful country. Trump is not a dumb man, I tell you. He is perhaps one of the very few presidents of the US who visited Saudi Arabia during the first tenure of abroad trips.

Anyway, keeping all the serious stuff aside here’s one for laughter: Donald Trump joins the Saudi Arabia sword dance – something which, again, no POTUS did before!

And then this weird thing happened too…

For clarification, this is not a Satanic ritual. pic.twitter.com/CccP39fqN4

Making Him One Of Their Own?

if ,after this video you dont think I am the best candidate for a good post at foreign office, then fuck right out of my face. #RiyadhSummit pic.twitter.com/g7TiI27UsP

And You  Need To See This

On A Serious Note, Trump Also Didn’t Talk About Pakistan In His Speech

Trump took time to meet with #Afghanistan‘s Ghani at #RiyadhSummit but found no time for many others incl Sharif. Too busy w bigweapons sale

Now that Trump is all set to travel to other countries, let’s see how interesting this trip becomes.

13 Beliefs About Ramadan That Are Just NOT True
These Controversial Claims Of PTI MNA On Malala Yousafzai’s Attack Will Leave You Shocked.
To Top