8 Incredible Facts About Aab-e-Zam Zam That You Should Know!

Pure water is the world’s first and foremost medicine. It possess the healing power unlike any natural thing. And when we talk about Aab e Zamzam, there is certainly no comparison. The blessed water, which quenches thirsty Hajjis and they bring it for their family and relatives, has the benefits we never know. The Zamzam is a 35 meter deep well situated in Mecca, in the east of Ka’ba. It is associated with Hazrat Ibrahim a.s, his wife Bibi Hajra a.s and his son Hazrat Ismail a.s.

How Did The Zamzam Well Spring? 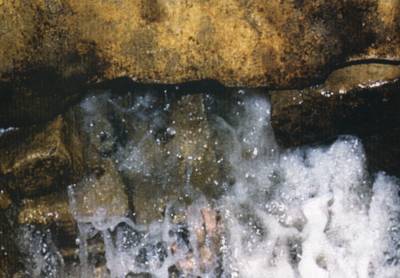 When Bibi Hajra a.s made use of the small amount of food that Ibrahim a.s left for her and her baby, but ran out eventually and was soon thirsty and hungry-her milk dried up, her baby Ismail a.s became hungry and began to cry. Hajra a.s couldn’t afford seeing her son in pain so climbed up the hill which was later called As-Safa, to see if there was anyone in the horizon. She saw no one. She then climbed down, and reaching the valley, ran to the other hill, later called Al –Marwa, doing the same again, all this time her son twisting and turning in hunger. She repeated this seven times, and on the 7th time reached the top of the hill and heard a sound. To her amazement she found it coming from beneath the feet of Ismail a.s. At that point Jibra’eel a.s began digging the well of Zam-zam from beneath his feet. Hajra a.s was excited to contain the water, it being a desert and so arid and dry-the water would seep into the ground, and she tried making a pool to contain it.

From 4000 years, the well is supplying water continuously which itself is a miracle. 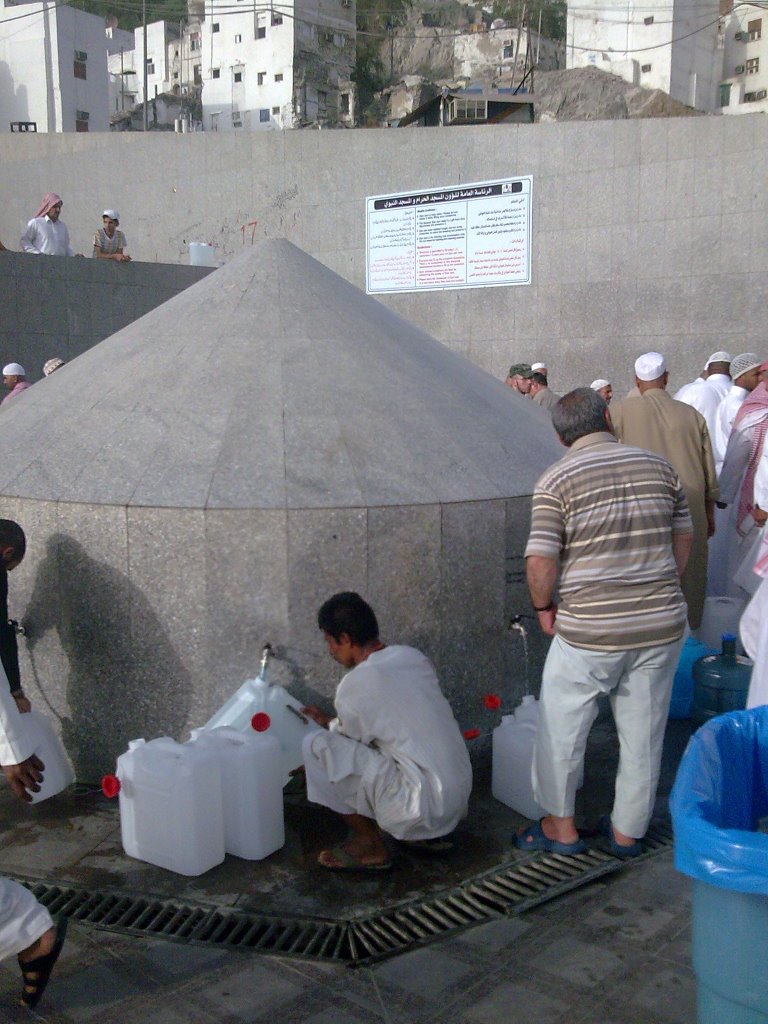 The German scientist Dr. Knut Pfeiffer, the head of the largest medical center in Munich has studied that Zamzam water amazingly increased the energy levels in the cell systems of the body.

It is the purest form of water on the Earth because it contain adequate amount of bicarbonates (366mg/l), which is even higher from the French Alps water (bicarbonates-357mg/l).

Abundant With Calcium And Magnesium 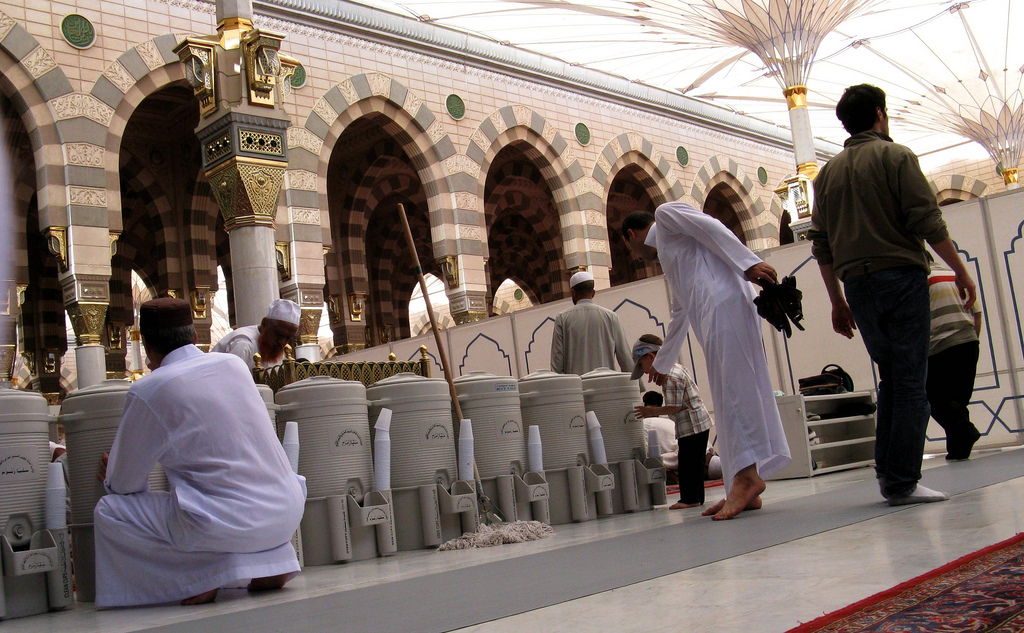 Zamzam has the healing power. It contains required amount of Ca and Mg. It is germicidal in nature because of its fluorides presence.

Zamzam water helps to increase blood platelets, increases the immunity of the body, increases WBCs, RBCs and detoxify the body.

It reduces the impacts of hunger. 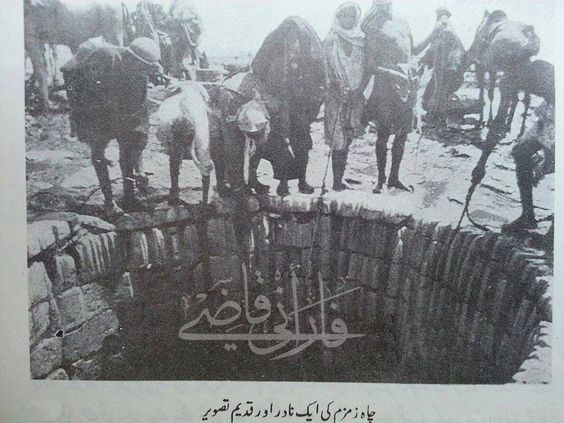 Bibi Aa’ishah (R.A.) reported that she took Zamzam water home with her in bottles, and said, “The Messenger of Allaah (peace and blessings of Allaah be upon him) took some of it away with him, and he used to pour it on the sick and give it to them to drink.” (Reported by al-Tirmidhi, 4/37).

Differentiate Between Hypocrite and Believer

The difference between the believers and the hypocrites is drinking one’s fill of Zamzam water.(Narrated by Ibn Maajah)

This Shocking Move by Qandeel Baloch’s Father Might End Her Case In An Unexpected Way!
You Wouldn’t Believe Who Actually Wrote The Catchy Lyrics of “Kaala Chashma” For Baar Baar Dekho
To Top