This Shocking Move by Qandeel Baloch's Father Might End Her Case In An Unexpected Way!

In a bizarre turn of events, the most hyped and talked about murder case in 2016, took another U-turn in a direction that heads towards nowhere. The murder of Qandeel Baloch, a b-grade model turned social-media-celebrity, fell back on its head as the deceased’s father retracted his own statement.

Qandeel Baloch, murdered brutally in the name of honor by her own brother, might not find peace with her soul so easily.

The slain celebrity’s father ate his own words, as he had previously claimed that his son was responsible for the murder of his daughter and he wanted the authorities to have him jailed. 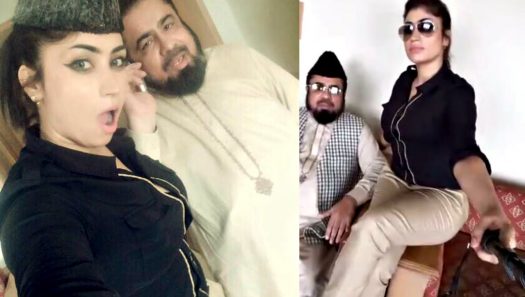 Recently, Qandeel’s father has come out with a statement pleading his son’s innocence in her murder, saying he had given his previous statement under Mufti Qavi’s pressure, as he was the actual culprit behind the murder.

This claim, however, still sits hollow as Qandeel’s brother himself has accepted the crime in front of camera, saying he murdered his sister in the name of honor, as ‘they’ were ashamed of her and she brought dishonor to the family and the Baloch tribe.

It is pertinent to add here that Qandeel’s father’s recent statement makes no sense from the point of logic. First he accuses his son of Qandeel’s murder, wants harshest punishment for him, later, when his son accepts his crime, he tracks back on his statement and pleads his son’s innocence.

The other accused in question, a famed scholar, Mufti Abdul Qavi, who also rose to fame in a negative manner after his and Qandeel’s pictures and videos were leaked by the deceased model, has also been named as one of the leading culprits.

According to Qandeel’s cell phone records, the model last communicated with Mufti Qavi on June 22, where she sent him more than 10 texts apologizing for the publicity stunt she had pulled. Was it the Mufti who had Qandeel murdered? Or was it actually Qandeel’s brother who killed her in the name of honor? 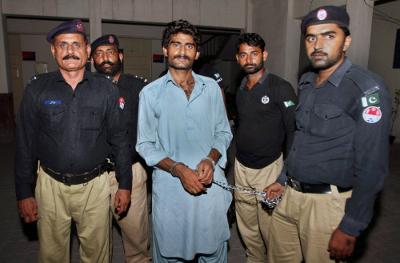 Only time will tell who the real murderer is, however, for now, we all are responsible for Qandeel’s death in one way or the other. Had it not been for this exploitative society, a girl named Qandeel Baloch might still have been alive.

“Pakistan Is A Friend – India Is An Occupying Force” Kashmiri Leader Tells Indian Army
8 Incredible Facts About Aab-e-Zam Zam That You Should Know!
To Top