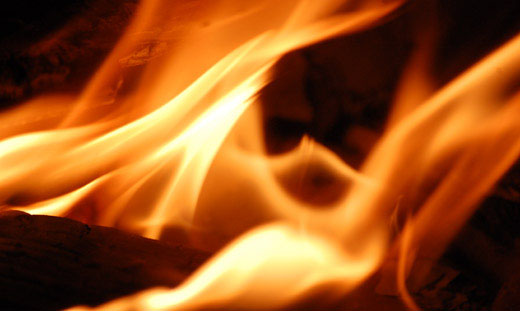 A 23-year-old pharmacy student died on Sunday after being set ablaze by her three classmates for resisitng rape in Khargone district of Madhya Pradesh.

All the three accused, Ankit Rathore, who allegedly had an affair with the girl, Vishal Chouhan and Akshay Joshi entered her house in Ozhara village on Saturday when the girl was alone and set her on fire after pouring kerosene on her, police said.

Sub Divisional Officer of Police, Barwah, Sunil Jolly said prima facie it appeared that they tried to rape her and when she resisted they set her on fire.

Hearing her screams, some villagers rushed to the house and caught the three youths, who have been arrested.

Meanwhile, a preliminary report of the autopsy showed that there were injuries on her private parts which indicated she was raped before being set on fire, highly placed sources said late this evening.

The victim, who had suffered 96 per cent burn injuries, was taken to a hospital in Indore where she succumbed onSunday.

Before her death, a magistrate recorded her statement.

Superintendent of Police (Khargone) N P Warkade said it was suspected to be a case of vendetta for jilted love.

A case under sections 307 (attempt to murder), 450 (house-trespass in order to commit offence) and 34 (common intention) of the IPC has been registered against the accused.