The shows of the 90s were one of the best streaks Pakistan had in drama and serial. The simple story-lines, family-friendly content and homey themes definitely struck a chord with every Pakistani as they could relate to those characters. One such drama of those gone golden days that to date has been entertaining generations after generations is Alpha Bravo Charlie.

This show does not need an introduction but in case someone is unaware of its beautiful story-line, then it revolves around three Pakistani army men Faraz, Kashif and Gulsher, their life, their friendship and the problems they face. Although it is based on army men and is produced by ISPR and directed by Shoaib Mansoor, the drama depicts the lives of common men.

There’s a very famous scene where Capt. Gulsher takes his sweetheart Shahnaz to dinner at a restaurant of her choice that turns out to be quite expensive and things take an embarrassing turn. The entire clip involves a waiter as well to whom Gulsher requests to deny the availability of expensive items if Shahnaz orders. 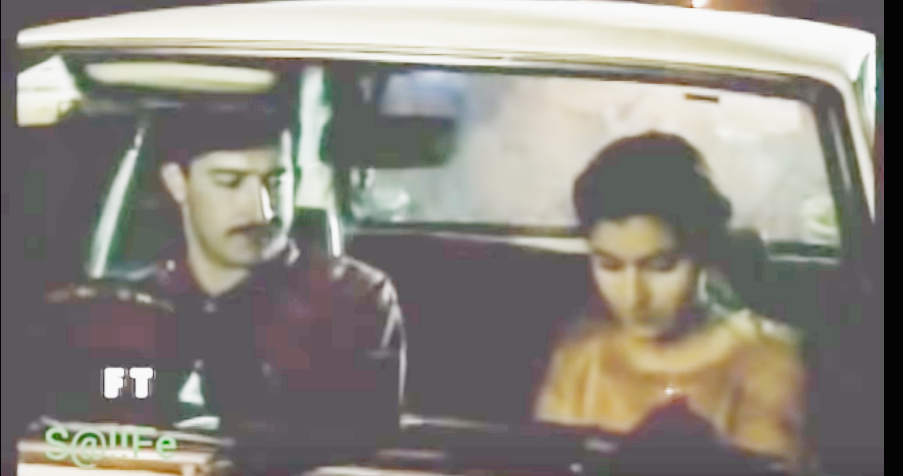 Fast Forward To Now, The Same Waiter And Gulsher Have A Suprise Reunion. But Before That, Let’s Watch The Famous Clip From That Restaurant Scene!

They start off with some Pashto and later M. Qasim Khan announces with happiness that they finally meet after 15 years and reminisce how he had to teach him Pashto which wasn’t an easy task.

People Are Overjoyed At This Reunion And Declare How They Had The Best Childhood Watching ABC!

Requests started to pour in for a remake with the same cast. Even if that were to take place, entire Pakistan including the younger generation will be hooked to their screens. The drama held a special charm that only the same cast can bring into the remake.

please remake Alpha-Bravo-Charlie with the same cast, it was one of the classics and my fav drama 🙂

Beautiful yet funny scene with a graceful ending. You did good Capt. Gulsher!

Today afternoon I watched the episode in which he borrowed the car and went on date with SGS. 😍😍

He did what he could after being embarrassed by the iron lady. Better to receive a handwritten letter than a text, right? Ah, old days where people made the effort to write letters.

Wow.. He is the who saves the day for many…. How can we forget him🤣🤣🤣 But after placing the order you shouldn't have left 😁 that day.

Safe to say this scene has become historic. Great laughs, great cast and amazing dialogues with an exceptional story. Truly, Alpha Bravo Charlie was and is one of the best shows of all time.

Who will be having an ABC marathon tonight or this weekend? Let us know in the comment section below!

KP Minister Supports Progressive Pakistan With Tech-Enabled Policies For Careem!
This Lover From Punjab Dressed As A Girl To Meet His Girlfriend & Ishq Ke Dushman Beech Mein Agaye!
To Top