When we keep firm faith in God’s creations, it is also important to uphold everything he has in store for us. One family from Pakistan did just the same. They left their trust in Allah and his creation, giving birth to a miracle baby.

Meet these parents who did the unthinkable in a place like Pakistan, and actually owned their child instead of feeling embarrassed. 3-year-old Ayaan, who was born as a boy, just had his gender-change operation recently.

Our friend from Daily Pakistan, Yasir Shami, was at the occasion talking to Ayaan’s parents on what happened. As per the parents, when Ayaan was born, he was labeled as a boy. Asif, Ayaan’s father, who already had two daughters was empathic at the birth of his son. 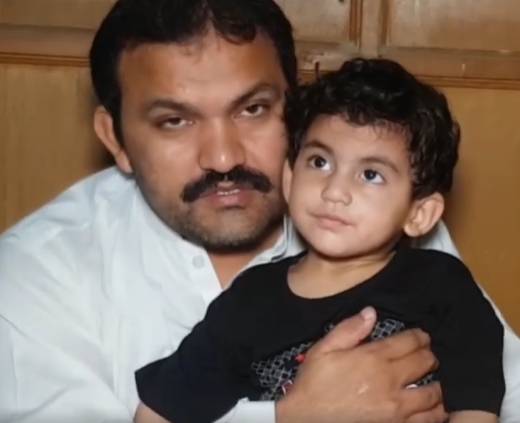 However, as per Ayaan’s mom, when she came home and was changing his diapers, she noticed that he was not exactly a boy. While also having feminine traits, the parents then decided to change Ayaan’s gender, and turn him into a girl.

Thus, they opted for a gender-change operation which was carried out smoothly, only recently. Now, 3-year-old Ayaan is officially a girl. Her mother says that her daughter loves wearing bangles, feminine clothes, and has also the traits a girl has.

Usually, if a child with a confused gender is born in Pakistan, parents ditch the child mistaking it for a transgender. It is a natural phenomenon that occurs in both the high end and low society. Some parents own their child, while others leave it in distress.

Ayaan’s parents are proud of the step they took, turning their son into a daughter. They stated how it was the Almighty’s gift that they get to raise three daughters, including Ayaan.

This progressive step of acceptance to human life, of God’s creation, seems like one in the right direction. Ayaan and her parents are happy with the step they took. Previously, two sisters from Sargodha also went through a similar gender-change operation.