The government, already neck-deep in foreign debt and mired with economic woes, has reached deep into its pockets to scrape Rs144bn to provide to the poor and the needy. As we continue to remain strained, Pakistan and the nation is in desperate need of more funds.

Here’s where the hitherto untapped gold mine of revenue comes in – the untaxed tobacco industry. Recently there has been a lot of discussion around the fact that should the tobacco industry in Pakistan be taxed further, it would add more revenue. Whilst in theory and an ideal world this would be possible, this is unlikely to be the case in reality. For example, multiple tax increases in past 18 months we expected to bring in an additional Rs 27billion in 2019-20 as compared to previous year but have failed to do so. In fact the tax collection targets from the tobacco sector for 2019-20 have been missed by a large margin and the year is expected to close with revenues at the same levels as last year, if not lower.

Hence, it appears that the tobacco sector already has limited potential to contribute further. 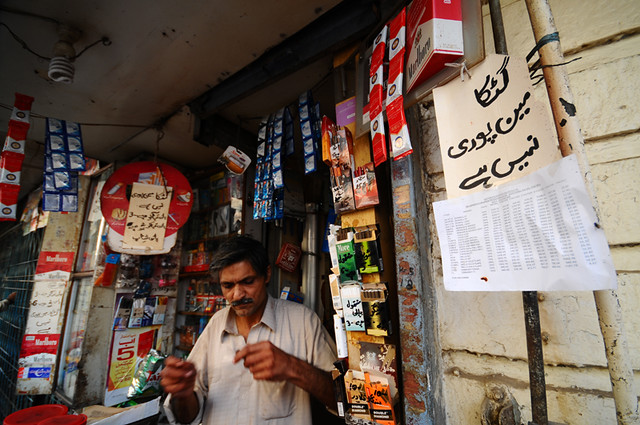 Excessive increase in tax will have downwards effects

A few tax experts have also highlighted that excessive tax increases could accelerate the tax paying players’ downward spiral. This is predominantly due to non-tax paying, cheaper alternatives readily and abundantly available in the market. This could threaten the long term sustainability of the government’s revenue stream that currently already stands at a healthy Rs110 to 115bn.

It is also shocking to note that 98% of the revenue collected from the sector is being paid by two multinational cigarette manufacturing companies in Pakistan whereas other numerous companies operating in Pakistan are currently paying bare minimum taxes. It goes without saying that majority of these remaining players do not pay applicable duties and taxes. Some of the brands being sold by these companies are available in the market for as low as Rs 30 or Rs 40 – which is both illegal and well below the tax threshold set by the Government. They also don’t comply with health warning requirements, use consumer promotions and market to youth- all of which are serious concerns. 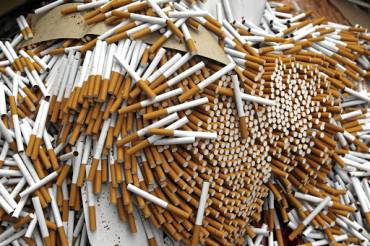 According to an estimate, the Government of Pakistan is being deprived of Rs45 to Rs 50bn per year in taxes by this non-tax paying tobacco mafia. This mafia operates shrewdly; it is an open secret that they are able to influence representatives among the country’s legislative assembly. These tobacco manufacturers do not adhere to rules and regulations of conducting business in Pakistan. In fact some of them have moved their factories to Azad Jammu and Kashmir to avoid scrutiny. They are guilty of smuggling, evading taxes, copyright infringement and underselling the product among various other crimes.

Illicit trade of tobacco is a serious crime

This problem is not unique to Pakistan – the illegal cigarette trade forms part of a broader illicit economy in South Africa and causes a similar loss in taxes. This involves counterfeit goods, motor vehicles, clothing and textiles, movies and music. The revenue from this has also contributed to high-level corruption, political party funding and other criminal endeavors. In other countries illicit trade has been known to have links to serious and organized crime. According a Guardian report, one of the terrorists involved in the attack on Charlie Hebdo had traded in counterfeit trainers and cigarettes.

Aside from loss of government revenues, the illicit trade in tobacco has negative effects on business and individuals’ health, posing a threat to the continued socio-economic development of the country. Combating this challenge not only has an economic and health benefit but also cripples an important source of funding for organised criminals.

Addressing this problem requires a concerted effort by both law enforcement and Ministry of Health. First and foremost, implementation of technologies such as track-and-trace is another critical step that has been known to be one the most effective deterrents to curb this menace. Alas, track and trace plans for Pakistan keep getting delayed due to some issue or the other leaving the illicit players free and unhindered.

Whilst enforcement is also key, it is understandable that Pakistan has limited resources and funds. However, there are many cost effective ways of doing it. Firstly by enhancing effective information sharing between enforcement agencies and judicial authorities to promote investigation and prosecution of cigarette trafficking. Second and more importantly, these efforts should be targeted. Current law enforcement initiatives target the traders of illicit cigarettes. While arresting these individuals may send a message to the “big fish”, the fact remains that they are small-scale players in the criminal chain. As with other forms of organised crime, they are at the bottom of the network and can easily be replaced by numerous other willing or needy individuals. There is definitely a need to target those who are higher up the chain.

Finally, stricter penalties must be introduced. Despite the large profit generated from illicit cigarette trafficking, the penalties associated with it are moderate compared to other crimes such as financial fraud, drug or weapon trafficking. Introducing more stringent sentences for illicit cigarette trafficking (as in the case of drugs for instance) could serve as a deterrent for all across this massive country wide value chain. It would be worthwhile to include seizing the assets of convicted offenders instead of merely confiscating the contraband. The confiscated product must also be destroyed publicly instead of being auctioned. This can send a strong message to those involved and prevent any pilferage or circumvention of the legal process.

Pakistan should develop regional strategy with other countries

Since illicit cigarette trafficking is also a cross-border issue, developing a regional strategy targeting the affected countries is important. For Pakistan this means better cooperation with UAE, especially Free Trade Zones such as Jebel Ali as well as better inspection along the Afghan Transit Trade Route. Another route being exploited is the Azad Jammu and Kashmir route. All of these have a potential to be misused to bring illicit products into the country. Additionally, some counterfeit that comes into the country can be traced back to China.

A trans-national strategy should be formulated to deal with the problem such as improved collaboration in terms of joint law enforcement operations, intelligence sharing with these countries and enhancement of legislation that aim at curbing the production and smuggling of illicit cigarettes. This would enable a concerted effort from the region to tackle this growing form of organised crime. The government must act fast before this network increases its reach and size. It is high time someone brings this racket under the tax net.