ASF Turns Retired Aircraft In To A Restaurant And The Idea Is Brilliant! 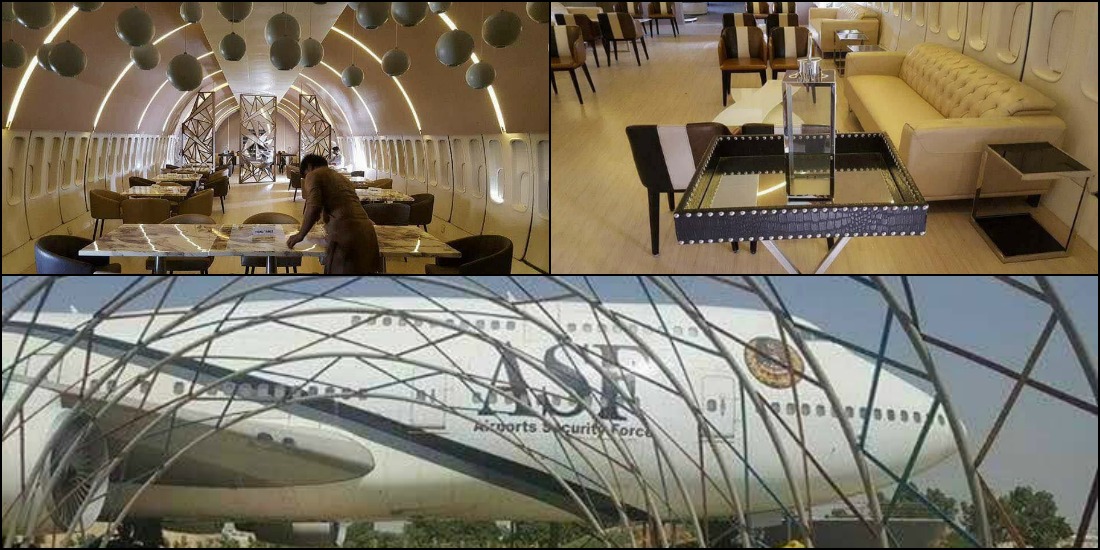 Everything is temporary and has a lifespan, even the mighty Boeing 747 jet plane. So, what happens to the jet plane which completes its airtime and reaches its lifespan? It is opened up completely, and good parts are reused whereas, the rest of the plan (whatever is left of it) is dumped. Fortunately, as the world changes the trend for recycling large spaces has become famous as countries have started to remodel container trucks, office spaces, and even abandoned mansions for their own use. Similarly, Pakistan’s Airport Security Force (ASF) came up with a brilliant plan for its recently retired B747 aircraft.

ASF converts an old PIA B-747 aircraft into a modern restaurant in #Karachi ✈️
Photos by Faisal Kiyani #BeautifulPakistan pic.twitter.com/FmTKsrzpJN

Confirmed through a tweet from Danyal Gillani, PIA’s spokesperson, the ASF has successfully converted one of its retired B747 aircraft into a lavish restaurant. It is unsure whether the aircraft-turned-restaurant is open to the public or just the airport employees, but the luxuriousness of the renovated craft suggests it might go heavy on the wallets. 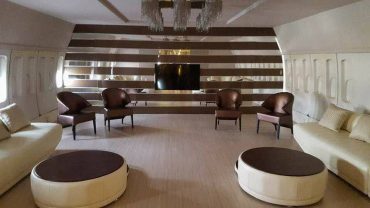 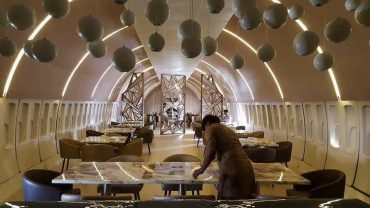 The seats have been removed as well as the baggage carrier on top of them. Space has been made by removing all unnecessary aeroplane interior and replaced with comfortable couches, tables and chairs, and even nifty chandeliers. The restaurant stands at Jinnah International Airport, Karachi in the old area of the airport. The windows of the aircraft can be opened and closed and this makes a beautiful daytime lighting and ambience as the pictures suggest. People may even look out to see the view of other aircraft landing or take off as they sip in a cup of tea after lunch. Moreover, imagine the environment and the view when one comes at night to dine in. 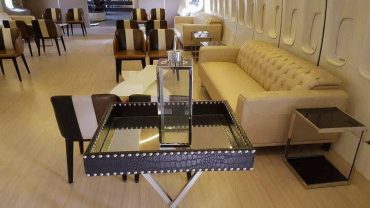 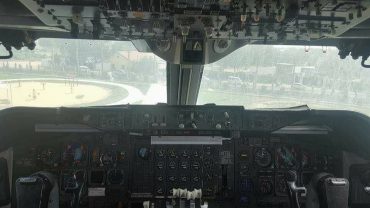 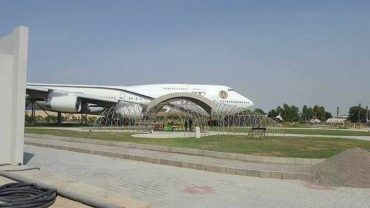 Sources suggest that this particular plane was retired in 2014 and moved out of the airport hangar after a terrorist attack in 2014. The plane was one of many damages to the airport back then, and PIA had to donate it to ASF, which was then used for anti-terrorism purposes. Now, the ASF has found another plan to use its donation, by turning it into a deluxe restaurant which might soon become one of Karachi’s attractions.