After Pakistan, Aliens Have Become Indian Media's Target Of Accusations And This Is Hilarious! 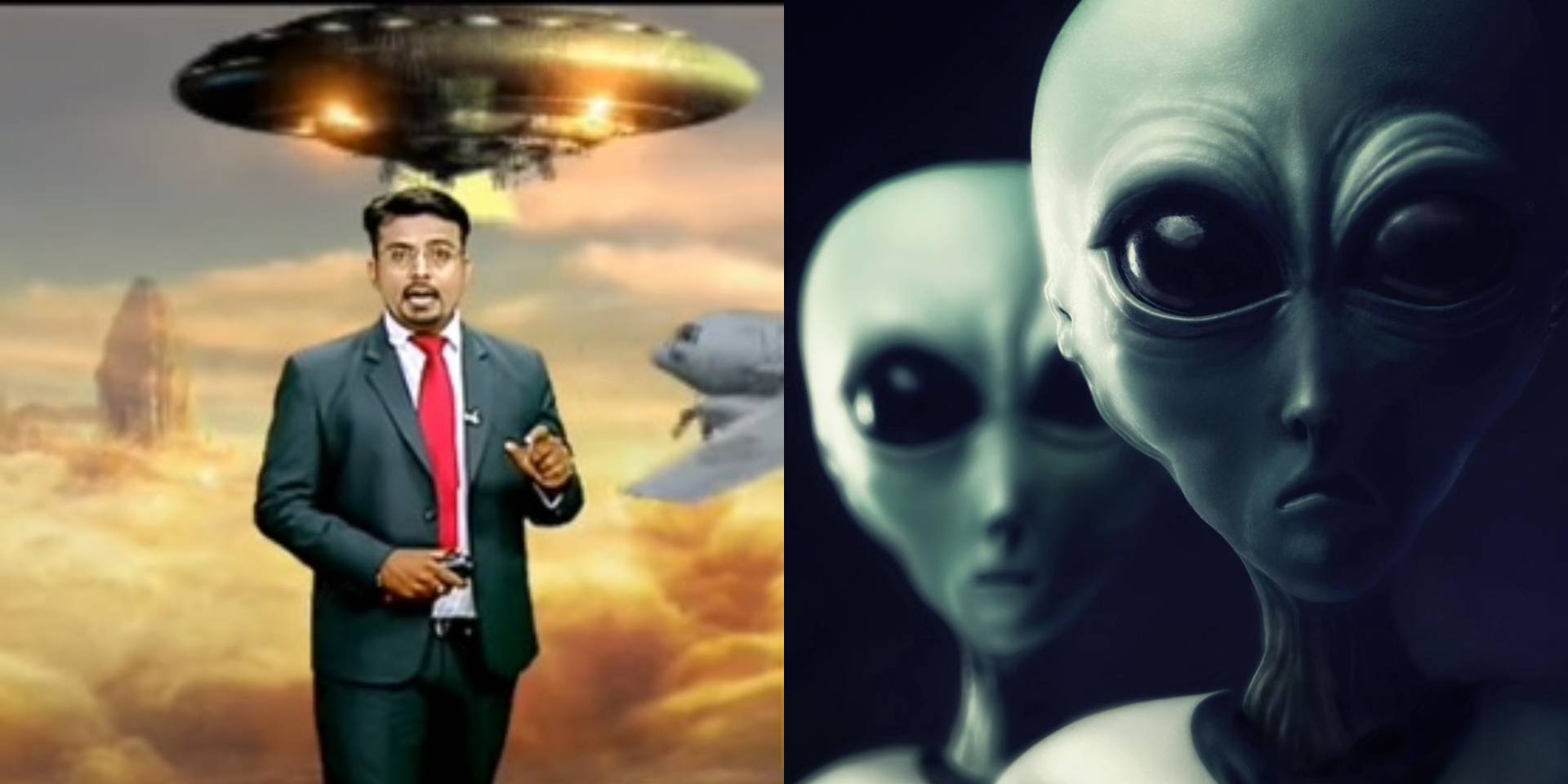 Yet again, our naive neighbor India made a fool out of itself by involving aliens in their filthy media. Yes, you read that right! After blaming Pakistan for literally everything happening in their area, be it their failures in testing missiles or getting trolled by International Cricket Council (ICC) before the commencement of Cricket Worl Cup, now India looks interested in ‘Jadoo’, the alien who came to earth just to help their superstar with his insecurities. Hilarious!

The alien association of Mars showed sheer happiness after the success of their mission. LOL!

Ever heard of Bermuda Triangle? Well, India has discovered its own space where this time, Pakistan is not taking over their Indian jets but aliens are doing it now. Oops! Recently, Indian media did the stupidest of thing by accusing aliens of hijacking their Indian Air Force (IAF) An-32 aircraft which was missing since last 4 days and the world is having a burst of huge laughter. The video of the big news break is attached below. Check it out!

And so ALIENS have abducted an Indian aircraft ???

Now, it should not be something big for Hindustan to lose another aircraft as it is really good at destroying their own. People took to Twitter to show their sarcastic love for India and it has steered a wave of anger among Indians for their government.

indian Media saying Aliens have hijacked the missing An-32 aircraft ?
Indian Media is blaming Pak for heat wave in India?#IndianMediaIsAJoke ???

The aliens stole my study guide.. So if I fail this midterm I'm blaming them.

This lad is speaking the truth!

ZeeNews is saying Aliens have hijacked the missing An-32 aircraft.
ABP news is blaming Pak for heat wave in India.
AjTak has invited astrologers to get exact prediction about Ind-Aus match.
& Republicis debating why India shd boycott the World Cup.
INDIAN MEDIA IS JOKE.#WC2019

When, you can't question the government about their failures to ensure security of even its security personnels, start blaming the Imaginary ALIENS, so that the government can escape accountability.

That's why, now the press freedom index of India has dropped to its lowest. https://t.co/0LfQ3Pw6yC

Last week, Indian media blamed Pakistan for the rising temperature in the country. According to their media, Bharat was facing a rise in mercury because of the hot winds blowing from Pakistan’s Sindh side. Really? Well, the twitteratis were enough to mock poor Indian media and their extremely hilarious predictions. Here’s a video from thankfully, the other side of the border.

Want to have a laugh, watch this video!

No idea what sort of entertainment are we gonna get from the other side of the border in future but whatever it will be, Pakistanis won’t be disappointed for sure. Jokes aside, we hope that India wins the fight against non-existing aliens and gets their aircraft back.

Laughed hard? Rant out in the comments below!

Father’s Day 2019 – How You Can Celebrate It On A Tight Budget!
A 30-Year-Old Model Died After Overdosing On ‘Ice’ In Karachi And Pakistan Needs Drug Control!
To Top