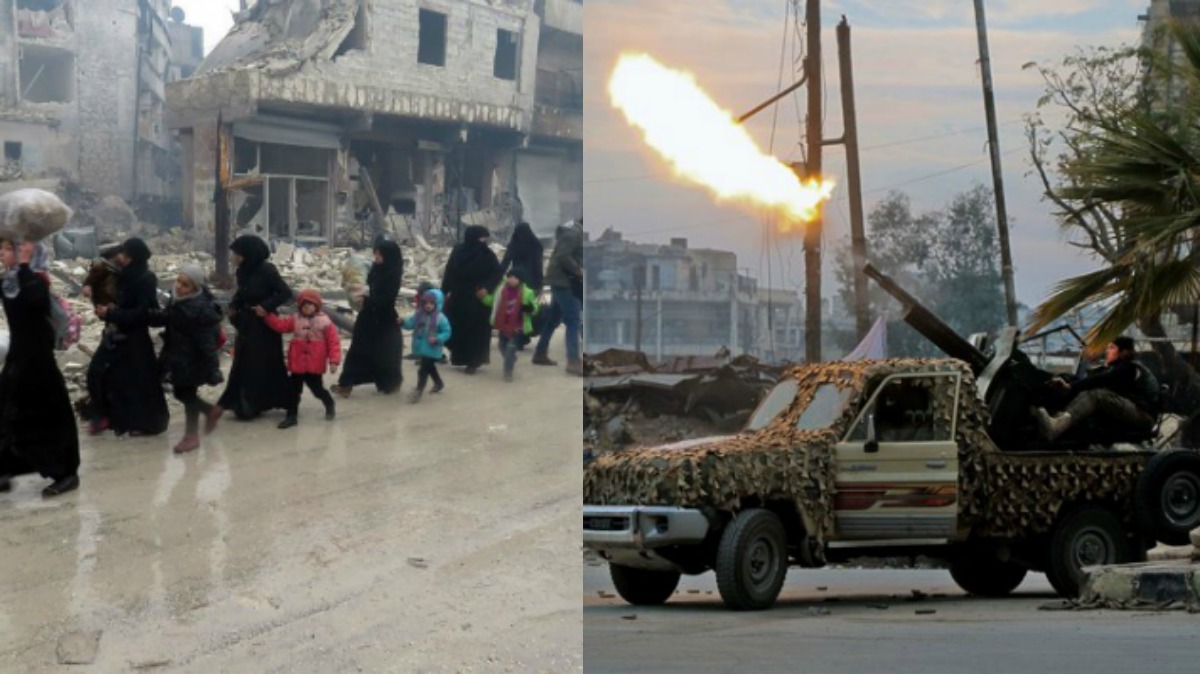 Hell has broken loose in the city of Aleppo, Syria as it comes under heavy bombardment. According to the news and media, about 50,000 people are trapped inside houses as the city is bombarded by pro-government forces. It is also said that Russian forces are denying the idea of a pause in the bombing for the injured, women, children, and the aged to leave the area. The present situation of the city of Aleppo is as follows:

This is what fleeing eastern Aleppo looks like. Thousands are on the move as Syrian government forces take nearly full control of the city. pic.twitter.com/Fdfy83ZEzc

My dad is injured now. I am crying.-Bana #Aleppo

Activists in Aleppo are tweeting out their final, harrowing goodbyes. They will almost certainly be detained/tortured/killed upon capture.

Devastated over whats happening in #Aleppo right now. Truly shocked at how anesthetized humanity has become in the face of these horrors.

The pro-government forces are retaking the besieged city, consequently killing about a hundred civilians on Monday. This is to be called as the “complete meltdown of humanity.” The city is to be among the major cities of Syria hence, it used to be a thriving metropolis. It is also one of those cities where rebel forces have a stronghold. However, government forces fail to differentiate between the civilians and rebels as they continue the blood bath. It is being feared that the killing may also spread towards the neighboring strongholds, the cities of Douma, Raqqa, and Idlib.

“Massacres are happening and the world is watching” #Aleppo https://t.co/uGMKPdhL0M pic.twitter.com/acpvgD4eWj

It is also being said that the pro-government forces are using chemical weapons to destroy the rebels. About 93 civilians are reported dead, while around 300 are said to be injured in these attacks.

According to the New York Times, about 11 women and 13 children have been put down on the streets and while fleeing. Some rumors also state that the regime forces are entering the homes in order to kill civilians.

Contrary to what the world media is saying, there is also another video circulating the internet which actually portrays the Syrian Army as actually helping the civilians rather than enjoying a widespread massacre:

Syrian Army helps children, women & elderly to safety out of East #Aleppo. But MSM wants u to believe they're committing "massacres".
Please pic.twitter.com/yYzlWeI6eh

Whatever the truth is, one thing is certain that the situation at East Aleppo and its neighbourhood is really tense at this moment and Syria is in need of assistance. An aid or support from its neighbours or even perhaps the Islamic world as citizens continue to leave the country to find refuge in Europe and other parts of the world.