It is true when they say that the kids of this generation will not have something which the previous generations savored upon, freedom. They won’t know what it’s like playing cricket in broad daylight. They won’t witness the high spirit of festivity around the season of Basant. They won’t be able to rejoice the days when riding your cycle in the streets was safe. Whether today’s generation has become slaves of the modern day technology or just cannot enjoy these aspects due to lack of security, the truth remains.

Pakistani legendary actor Adnan Siddiqui shared an extremely emotional post for his children which highlighted how they need to live the moments, moments such as being able to imagine yourself in something which gives you hope in life. 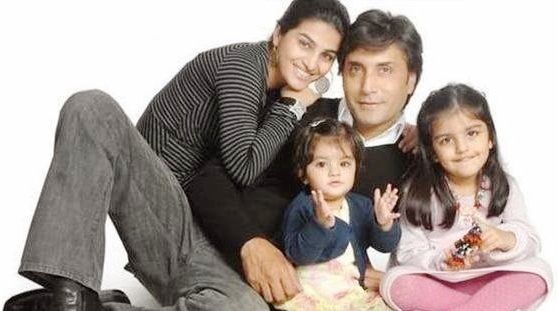 I was sixteen when your dadi jaan passed away. She was very ill, in acute pain, and I remember going to the hospital, standing by the door as they pumped her stomach, knowing she was slipping away. She turned her head to the left, where I stood, and smiled with her eyes. She then closed her eyes. For the last time.

Decades have passed. But that moment remains, to date, one of the most painful and most formative of my life. After Ammi died, your taayas and phuphos rallied around, like an army of soldiers, to look after Uzi phupho, Ayesha phupho and me–the youngest three. We grew up playing cricket in the streets–young, old, fat, thin, bespectacled, sporty, the whole lot.

“And it’s a six. What a beautiful shot! Hitting it out of the park!”

“Aaaand here comes Siddiqui. What a natural out-swinger. What a smooth run-up!”

“He’s caught it! And he’s out! The relief, the joy! Siddiqui never misses a catch!”

Those were good days because they were simple days. The grief of Ammi’s death was dulled, slowly sweated out as I bounced and ran on the streets of Karachi.

I was lucky to be surrounded by a big family.

This is just a little note to say that I know you love your iPad and iPod and play stations, but I want you to also love your parks, your books, your streets. They can be your friends too.

It’s a shame that our streets are not as safe as they once were. It’s a shame the three of you can’t hold hands and walk serenely out of the house. It’s a shame, indeed, that the Karachi of my childhood has disappeared as skyscrapers and multiplexes have come to dominate the skyline.

But you can still read books. Just as I used to play imaginary cricket in four different voices, I want you to live inside the pages of your books. The truth is, people who talk to themselves aren’t stupid: they’re the opposite–creative and wild and beautiful.

It is indeed sad to see how this generation and perhaps the next ones won’t be safe enough to enjoy the freedom Adnan Siddiqui talked about. Back in the day, playing cricket and other outdoor activities made people escape from the bitter reality. Will our kids have the safe life we once had?