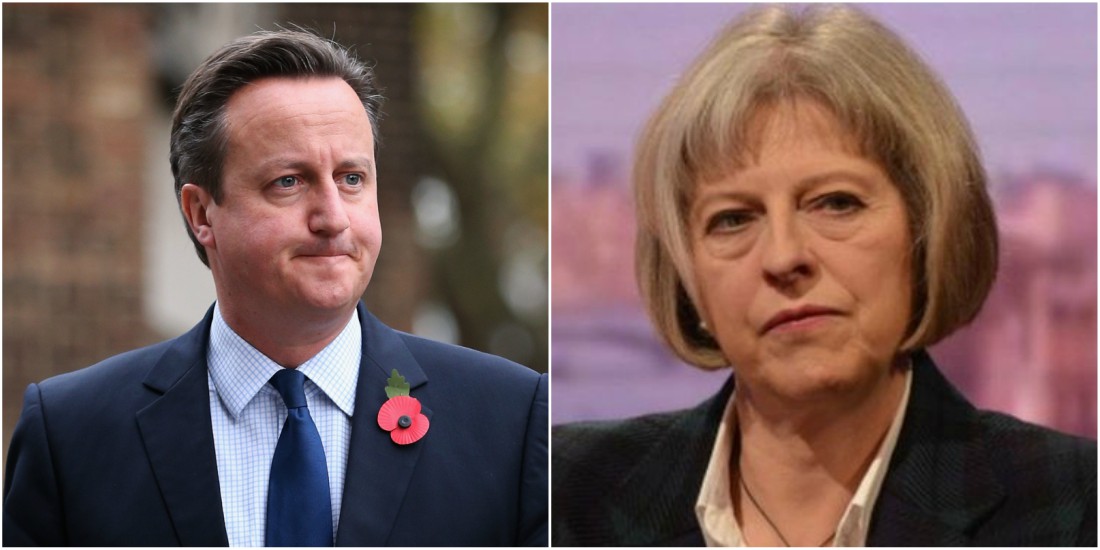 The saying goes that you are free to choose but you are not free from the consequences of your choice. Both the Conservative UK Prime Ministers after their majority won general election of 2015, Former Prime Minister David Cameron and recently elected Prime Minister Theresa May, took a decision to strengthen their government that backfired for both of them costing one of them to resign as Prime Minister in 2016.

In January 2013, former British Prime Minister David Cameron in his famous Bloomberg speech called for a renegotiation of Britain’s membership of the European Union (EU) and pledged a referendum whether UK will stay in the EU after the 2015 general elections. The pledge to hold a referendum was a political gamble to suppress the pressure from some of the conservative members of the party in hopes of a majority win in the coming elections.

The renegotiations were done having mixed reviews from the public and the time had come to honor the pledge he made. Britain decided to leave the EU 52 against 48 percent, surprising David Cameron who had wished for the Britain to stay after the renegotiations. Soon after the result was declared, David Cameron announced his resignation for a change in the leadership.

Candidate for the party leadership, Theresa May won the nomination in the second round after her only challenger decided to quit. Theresa May was sworn in as the new Prime Minister, who was also pro EU but had promised to work hard on the aspirations of the public resulting in decision to leave the EU.

PM May promised for a good deal out of Brexit talks and invoked article 50 to break away with EU starting two years of tense negotiations for the exit to take place. In these two years, Britain will remain a part of the EU and abide by its rule but would not have a say in the legislation process. The two most important aspects of the exit deal are economy and security.

Theresa May expressed in her letter to the EU to invoke article 50 that she wants a good economic deal in return for security commitments that is seen by many in the EU as blackmail. In order for the parliament to pass any bill regarding the acceptance of the exit talks with EU, Prime Minister May wanted more mandate at the parliament coupled with the polls predicting her lead, she decided to hold a snap election held in June to which she initially declined after taking office.

To her disappointment she lost her simple majority in the Parliament losing 13 seats while her main opposition Labor party got hold of 29 extra seats forcing Theresa May to form coalition government. Jeremy Corbyn, leader of the opposition Labor party has called for the Prime Minister to quit after the results of the elections indicate a coalition government saying “She wanted a mandate. Well, the mandate she’s got is lost Conservative seats, lost votes, lost support and lost confidence. I would have thought that is enough for her to go.”

Cameron had set the course for Britain to decide to leave the union against his wishes while May has made it harder for her to get through her deal of the exit from parliament in their bid to increase their mandate.