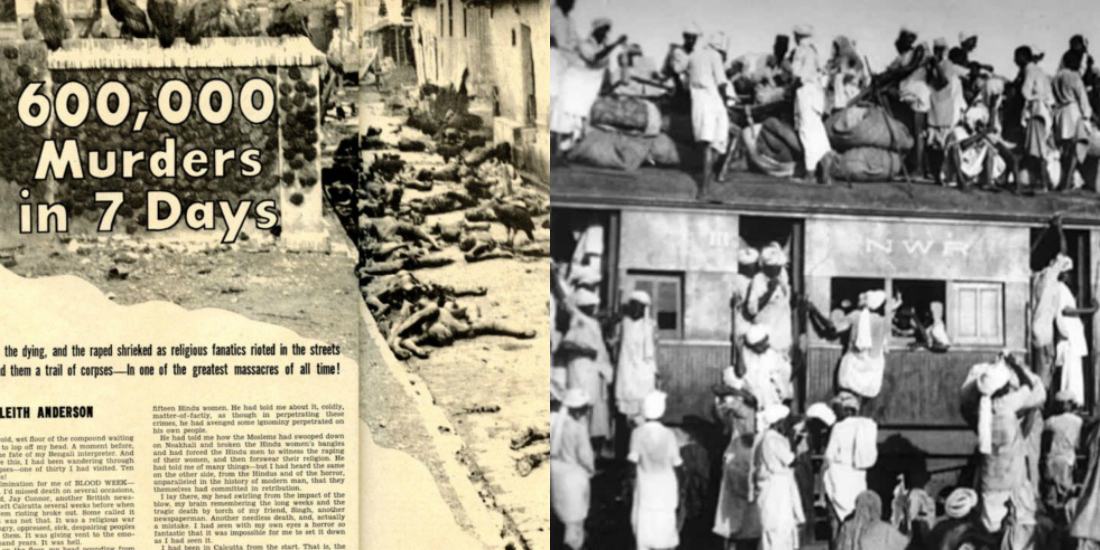 If you think Pakistan’s Independence was a piece of cake, well, you’ve got another thing coming for you. Not just the process of separating the country, the aftermath of the Independence was worse for Muslims of Pakistan, and the refugees who wanted to join Pakistan instead of India. This country was made after many sacrifices of blood, sweat and tears – and it is our moral duty to pay tribute to the efforts of every single Pakistani who made this country what it is today.

Here are some cruel issues Pakistan faced after Independence from India in 1947.

1. Choice of Capital City and Establishment of Government 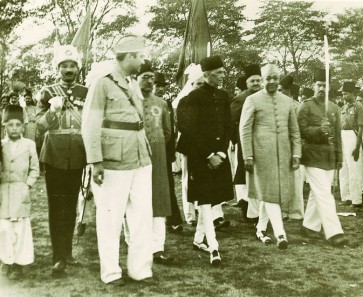 The first problem Pakistan had to face was choosing an administrative Capital city to form and establish a government. Quaid-e-Azam as Governor-General chose Karachi. Pakistan had to build its administration from the start and officers were brought in specially from Delhi. Upon arrival, there were no offices so interim offices were set up in barracks and public buildings just to kick things off. 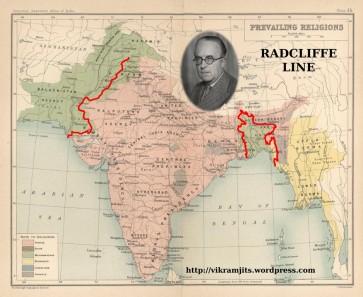 The boundary commission set up under Sir Cyril Radcliffe proved to be a treacherous one for Pakistan. Lord Mountbatten’s influence and incline towards India helped as Gurdaspur, Ferozpur, Jullandar and Kashmir were sided with India – even though all these were Muslim majority areas.

3. The Massacre of Muslim Refugees In India 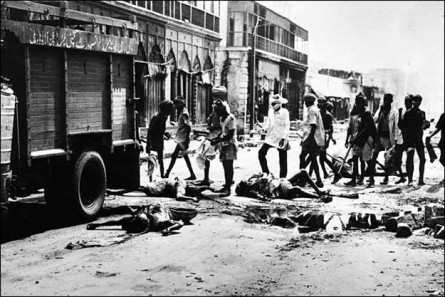 The worst and most cruel issue was the division of Punjab – as half the majority was Sikh. Upon dissection of Punjab, Hindu leaders influenced the Sikhs and made them wreak havoc upon poor Muslim families. Massacre after massacre was the result in Punjab. Infants killed, women raped – the streets of Punjab were full of Muslim blood and amputated limbs. 600,000 Muslims were said to be killed in 7 days!

4. Rehabilitation of Refugees Who Reached Pakistan

Upon arrival of the Muslim refugees in Pakistan – there was no base of accommodation for the refugees. Again, the leadership had to resort to public buildings and barracks – refugee and aid camps were set up and sustenance was given to the refugees. Quaid-e-Azam told the refugees: “Pakistan has to come stay and it will stay!”

5. Division of Military and Financial Assets With India 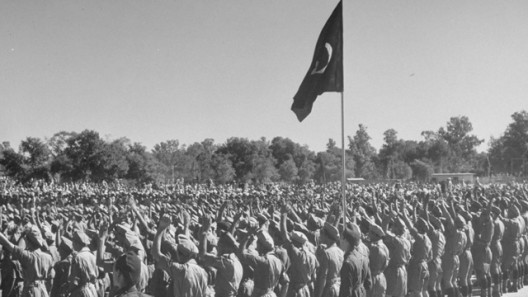 In order to embarrass Pakistan financially, India held against its promise and instead of providing Pakistan with Rs.750 million, in a treacherous act again, only gave Rs.200 million. Also, the division of military assets was unfair and Pakistan had to go with the flow instead of waging war from the weapons that were inevitably to be Pakistan’s. 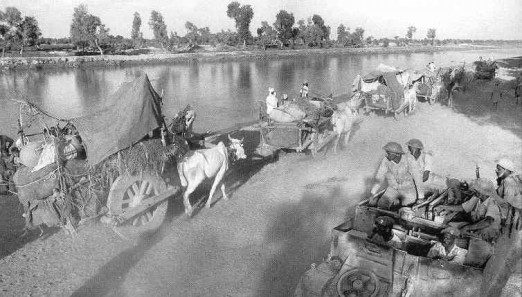 With the division of Punjab in a chronic manner, the Muslim majority areas fell to India – and the electricity of West Punjab was disrupted because all the power stations were at Mundi (an Indian area) – along with that, before the Indus Water Basin Treaty,  Pakistan was buying water from India because of the way the boundaries were commissioned. India took full advantage and wanted to throw Pakistan into an economic crisis as most of our economy were through agriculture.

7. The Scandal and Problems Of The Princely States 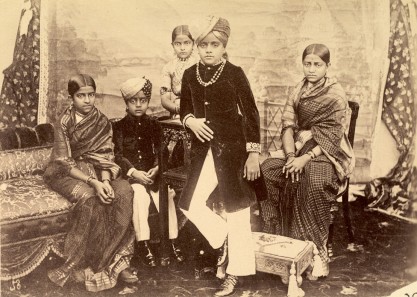 When Junagarh, a small area 300km away from Karachi, wanted to accede to Pakistan – the Indians waged a sharp attitude and denied accession to Junagarh and another small Princely state called Manavaders. The act was a violation of the basis that states be let to decide their future. 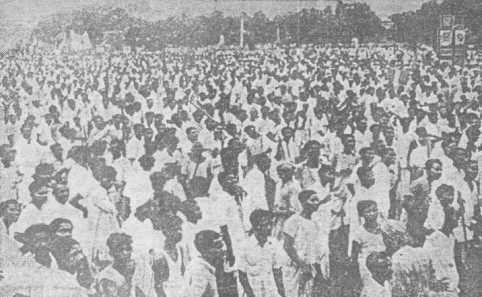 When Pakistan came into being, it was a heterogeneous inception of different languages including Urdu, Sindhi, Punjabi, Balochi and Pashto – along with Bengali. As Quaid declared Urdu as the official language, it did not go well with the Bengalis. When the Bengalis rioted, the establishment sustained them by firing on the crowd – all this lead to Bengalis’ stance on a separate nation. 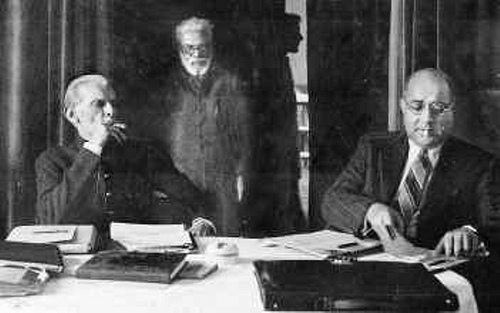 After Quaid-e-Azam Muhammad Ali Jinnah passed away due to his deteriorating health – all the burdens of the country fell on the shoulders of Liaquat Ali Khan – who gave us the Objective Resolution. The Anti-State Actors could not see Pakistan prospering and Khan was shot dead. This created a vast leadership vacuum in Pakistan – nobody seemed good enough to step in either one’s shoes. 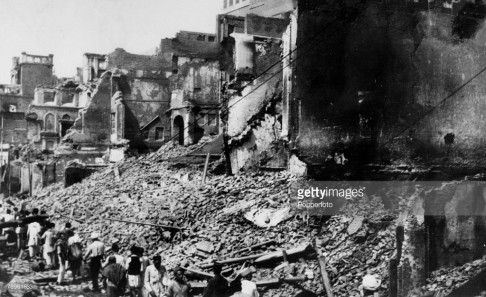 With the Bengalis storming the State still their main issue being the lingual bias of Pakistan, East Pakistan was on fire most of the time. Along with this, the Shia-Sunni sectarian violence was on the high, and NWFP was simmering for a change in ministry. The Anti-Ahmedi riots lead Lahore into Pakistan’s first Martial Law.

Pakistan came into being as a free Muslim state in quite unfavorable conditions. It had no  resources and it had to build up administrative machinery from scratch. However, supreme efforts were made by the Muslims who exhibited a strong stance under Quaid’s leadership. In his last message to the nation on 14th August, 1948 he told the nation: “The foundation of your state have been laid and it is now for you to build and build as quickly as you can”

7 Reasons Why Wrestlemania 32 Was The Best Of Them All
Panama Papers: 6 Things You Need to Know About the ‘Biggest Leak in History’
To Top