Stephenie Meyer has some good news for die-hard Twilight fans as she announced the fifth book of the vampire fantasy saga on Monday. The writer of the highly popular series announced that a prequel of The Twilight Saga will soon be hitting shelves, titled ‘Midnight Sun’.

“I am very excited to finally, announce the release of ‘Midnight Sun’ on August 4. It’s a crazy time right now, and I wasn’t sure if it was the right time to put this book out. But some of you have been waiting for just so, so long, it didn’t seem fair to make you wait anymore,” Meyer said during an appearance on Good Morning America.

‘Midnight Sun’ has long been a source of speculation in the Twilight fandom after parts of the novel were leaked back in 2008.

Following the leak, Meyer put the novel on indefinite hold and uploaded the leaked material to her website. “I feel too sad about what has happened to continue working on ‘Midnight Sun,’ and so it is on hold indefinitely,” she wrote in a blog post following the leak. 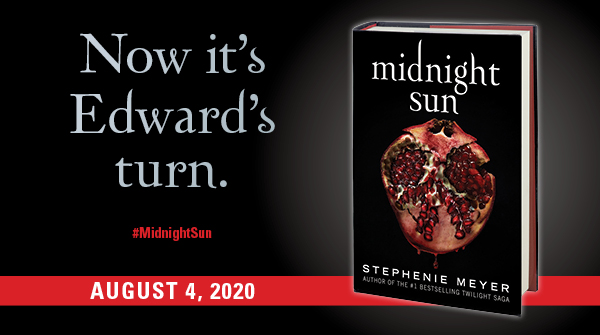 She began Midnight Sun as a writing exercise. “The more I wrote, the more I became convinced that Edward deserved to have his story told,” she wrote on her website. “At first I was planning to post it all here on my website, but I changed my mind for two reasons, the most important being that Edward’s version is much longer than Bella’s. Edward over-thinks everything”.

The companion novel follows Edward, a brooding vampire with a tortured soul, as he battles his own nature. How can he love a human whose blood he wants to drink?!

According to the description from publisher Little, Brown Young Readers, Edward’s take is a ‘decidedly dark’ one, though it will be released under the young adult imprint.

The book will hit the shelves on August 5.