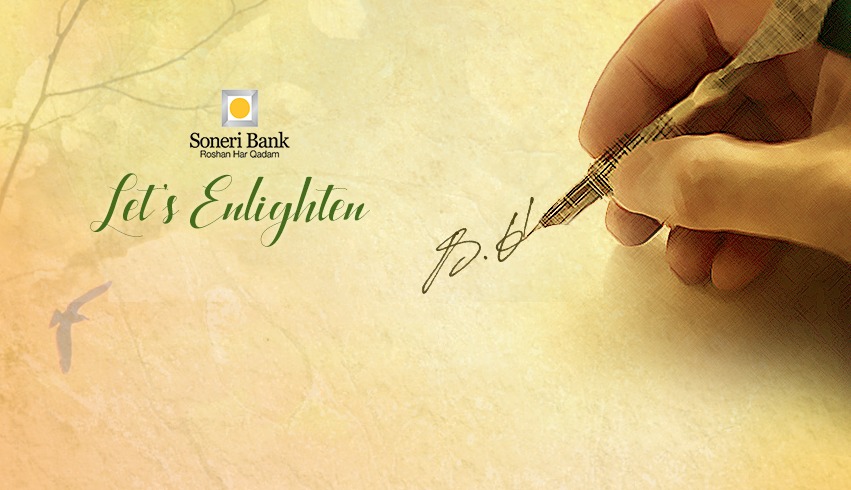 Almost every brand out there has a campaign for Independence Day. From charity drives to making Pakistan-themed products, I’ve seen it all. Or I thought I did, until Soneri Bank came in with an idea of their own.

Their campaign, titled #LetsEnlighten, was very simple. All people had to do was teach someone to sign their own name. After doing that, they simply had to share relevant pictures in the comments for a chance to win a Hamper from Soneri Bank.

Together we can bring a change. Participate and get a chance to win a Hamper from Soneri Bank. Follow the steps:1.Teach someone how to sign who doesn’t know it 2.Share the pictures on your timeline with hashtags, #SoneriBank #RoshanHarQadam #LetsEnlighten #IndependenceDay #14August3.Share the screenshot of your post in the comments below

This is such a simple idea. Yet it’s so effective. Every time you need to involve yourself in a legal situation, you need to sign a document. Even if it’s something like getting your National Identity Card or opening a Bank Account, your signature is definitely required.

Not everyone in Pakistan is lucky enough to be literate. Most people don’t even know how to write their own name, much less have a proper signature. Teaching these people how to sign documents is so important. By doing so, you give them a sense of independence. They don’t need to rely on someone else’s help to do basic things in life which require their legal consent.

People were quick to participate in the campaign and started sharing their own thoughts on it.

44% people think their domestic helpers can’t sign or write their own names which is alarming. Have you done anything about it yet? #RoshanHarQadam pic.twitter.com/nqTYzHLDVy

If you employ people to work in your house, it is your responsibility to look after them. Following Soneri Bank’s campaign, I’m very sure that more domestic workers know how to sign their own name.

Less privileged people need more access to Taleem e baalighan as much as we need to put their kids in schools.#LetsEnlighten #RoshanHarQadam

So true. Educating the youth is how we will raise overall living standards!

Didn't find anyone who couldn't sign so asked my friend to teach her maid how to sign! She did :') #RoshanHarQadam pic.twitter.com/SOX0yIWhlE

14th August is over but that doesn’t mean this campaign needs to end! Keep on teaching people how to sign so they open their own bank accounts and have freedom in life!

If you’ve participated in the campaign and are waiting for the results, they’ll be announced here.

This Angry Woman Ranting About Eid-ul-Azha Holidays Makes So Much Sense
Highlights From Oath Taking Ceremony You Can NEVER Forget!
To Top