Shia Genocide-A Harsh Reality Now A Days in Our Country

Attending a funeral of four people belonging to the same family, of which three were brothers is not easy. The pain their family has gone through is enormous. Shias were not killed. Humans were. The right to live was taken away from them in their own house. The garden where they enjoyed their tea has now become a painful memory of the brutal attack. We are all responsible for their deaths. It’s because of people like us who don’t take a stand against Shia Genocide and get scared and hide out, that innocent lives are lost. We are becoming worse than animals.

On 27th Muharram unaware of what’s in the hold of their lives, the majlis started at the given time. As Hadith-e-Kisa ends, a salaam and Marsia is recited and then the sermon starts. “Hadith e Kisa will start at 4pm sharp. Majlis will be wrapped before the Maghrib prayers so that neither gets affected.” This is the usual approach in most Shia houses whenever a majlis is held at their residence.

The majlis was going in the regular flow as gunshots were heard, the women rushed outside. To their horror, they saw their loved ones shot dead right in front of them. A bunch of extremist lunatics stormed in and shot everyone and anyone they saw. Some were dead on the spot while others severely injured. The cries, the screams, the tears flowed as the men bled out right in front of them. Their wives, children, mothers, nieces, nephews every relation that there is, was present. 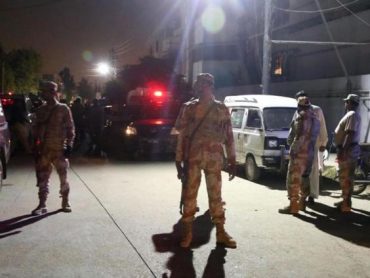 Out of anger one of them hit the shooter with whatever she had and the gun fell on the ground. There were no bullets left, he ran his cowardly self out of the house. Everyone came out to see what tragedy had just taken place. Their lives changed in a matter of minutes. There was blood splattered everywhere in the garden. The greens turned to red. No doubt that the families of the men who were shot were affected the most.

But we tend to forget the ones who witnessed the whole thing. No one is trained to cope up with such traumatic scenes. Us, civilians shouldn’t witness such live bloody scenes. They’ll be suffering from PTSD (post-traumatic stress disorder) for the rest of their lives. And they wouldn’t even know it, as its a taboo in our society to seek to counsel. Their lives will not remain the same now. It has all changed. 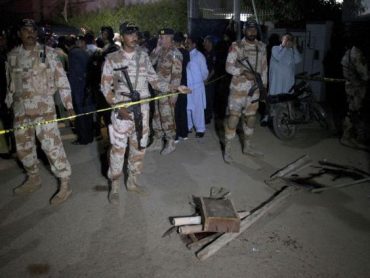 Now every time they attend a majlis, they’ll be reminded of the horror. We mourn over Karbala’s tragedy forgetting our own. Will that make them feel any better? Probably it will. The faith, the belief, keeps everyone going. At least we like to think of it that way. Living in a selfish society changes you.
How far will we be pushed to take a freak in the stand, for such horrendous acts? It’s not even about being a Shia or a Sunni or whatever label there is. It’s about humanity.

We’re all waiting for such things to happen in our families to voice our opinion. We only care for max 2 hours and talk about what’s happened, but no one takes any stand. The mauls and the statesmen all have failed, they’re all in for their own benefit. Hazrat Ali (RA) once said that a leader of a country reflects the kind of people he leads. It’s true in our case. Change comes from within. Shia genocide is a reality. We all need to accept it irrespective of the label we carry. Take a stand but don’t block the roads. Don’t wait to be the next target. You don’t have to be a Shia to be killed. We should take a Stand against Shia Genocide!

Nicolas Cage’s New Movie Depicts Pakistan As Nothing More Than A Backward Nation From The Middle East
7 Things You Need To Know About Miss Pakistan USA, Sarish Khan!
To Top