It has been a week since Pepsi Battle of the Bands kick-started. We have just warmed up and pretty much anticipated how entertaining it’s going to be. We have Fawad Khan, the apple of our eyes; we have also been watching Meesha Shafi all this time, but let’s admit it’s never enough, nor it will be ever. Then we have some talent bands giving their best shot on the stage, all in this exciting competition. 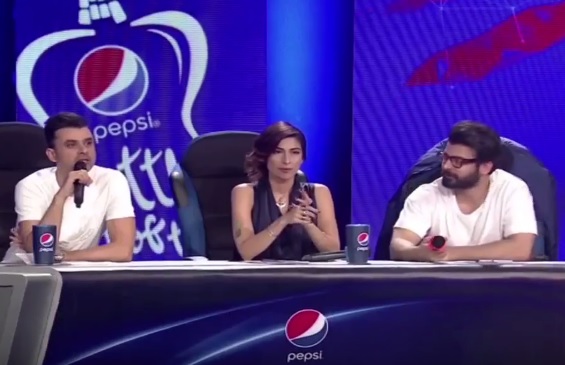 Talking about the bands, let’s round up the first episode. We saw how a girl stood out in a group of boys with her outstanding vocals. We met Slash from Pakistan. We were enchanted by the Coldplay-vibes set by Aura. And how can you forget OB Positive? THIS IS JUST THE BEGINNING GUYS…

IT STARTED WITH STUNNING PERFORMANCES RIGHT OFF THE BAT

There are good performances. There are great performances and then there are magnificent performances, not by one or two but almost all! Sums up the Pepsi Battle of the Bands episode 2. The second auditions episode presented bands from an array of genres. Also, there was a surprise performance at the end by Aaroh but we’ll get to that in a moment.

Let’s start with the bands that were the life of the show. 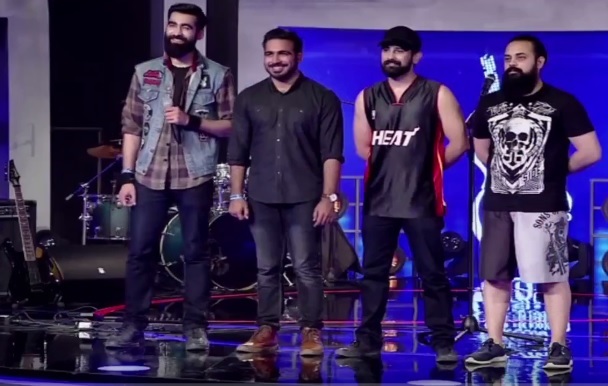 This bunch performed their first Urdu song – Junoon. Fawad and Farooq were sold right away.

Khamaaj – another band that produced an original track

This 9-member band performed their original song, “Bezubaan”. It was so captivating that you could tell by the expressions of our judges.

A well-structured band. This group knew exactly what they were doing. I must mention they never ceased to amaze the judges with their close-to-perfect performance.

Rest of the bands were just as great 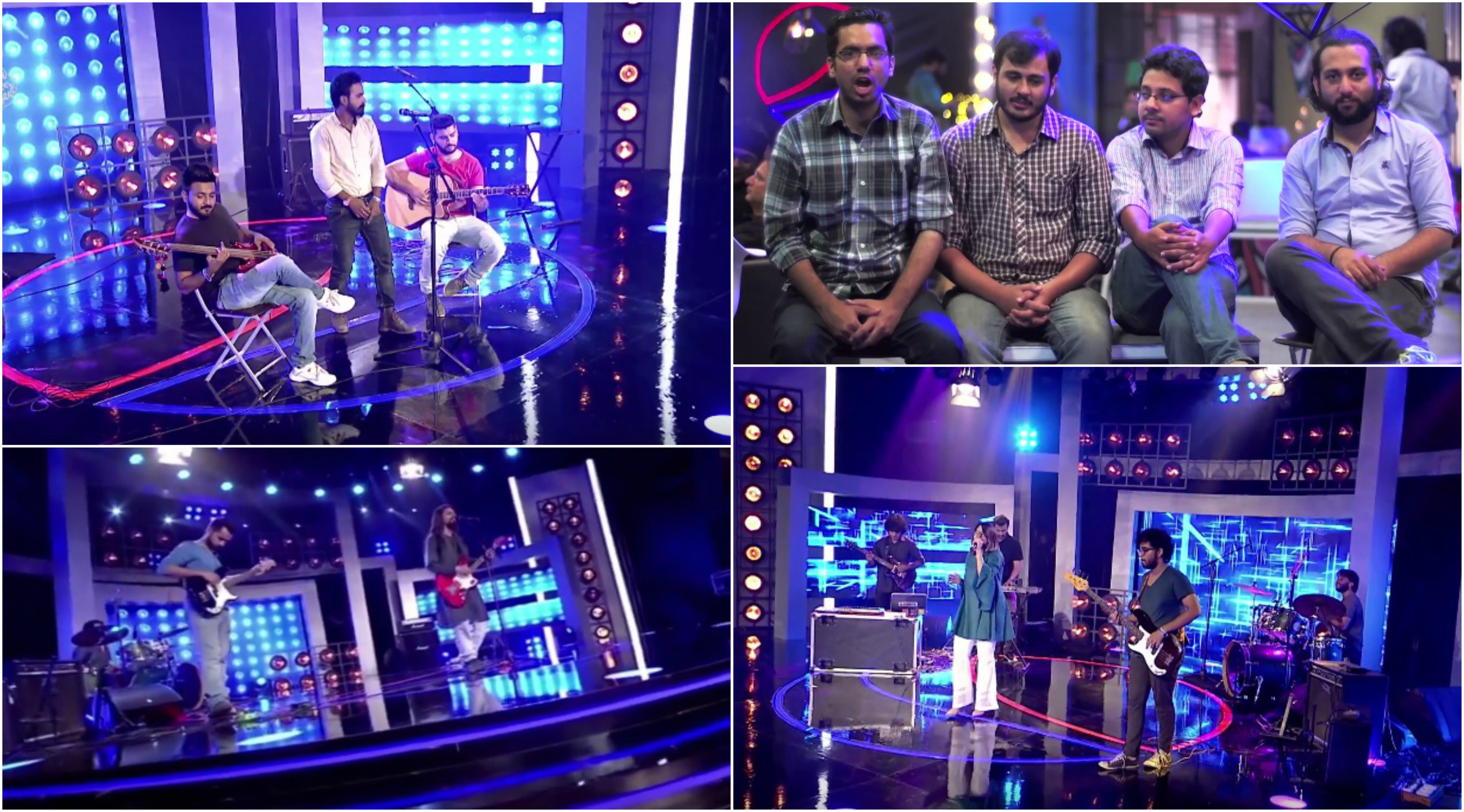 I bet it would have been really hard to decide who goes ahead, especially “Badnaam”.

The final judgment call was a test of our nerves

The most nervous part of the entire episode. Who goes in and who goes out? It was very anxious and we just couldn’t stand it. Imagine what the judges felt like since they had to make the judgment call. And how hard would it have been, seriously? 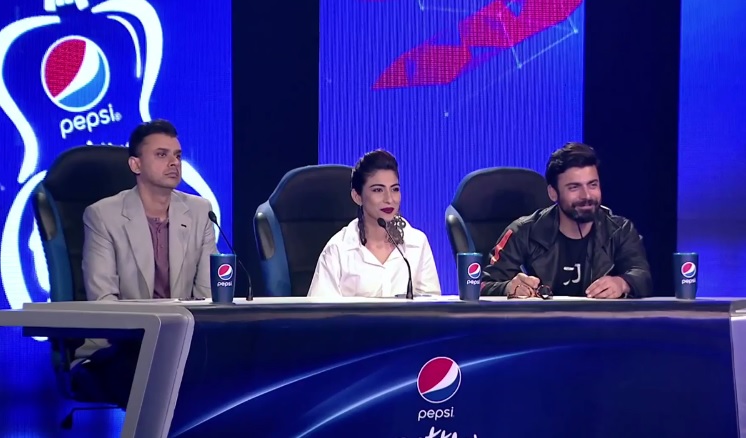 Finally, the talent and competition forced them to choose 8 bands instead of 6

Wooohooo! That’s really thoughtful, right? It couldn’t have been done any better. Wise decision by our judges, they simply valued merit.

Let’s take a moment and congratulate the bands who made it! 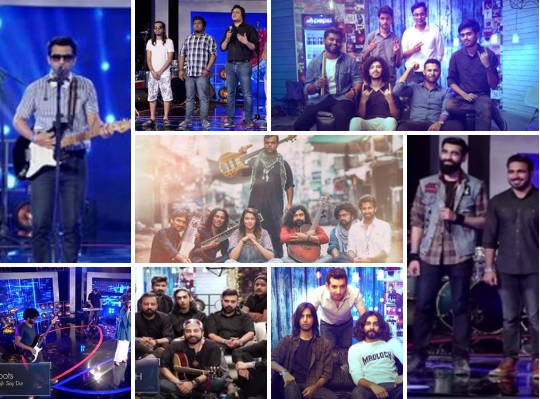 Credit has to be given where it’s due. All of these talented artists gave their best shot and simply proved what they’ve got. The bar is set, we have the top 8 bands that shall compete in the next rounds. It’s going to be an exciting battle considering each and every one of them will try to outplay one another. In other words, so much of quality entertainment for us.

So, congratulations to Roots, Kashmir, Aura, Jasmin and the Pindi Boys, Darvesh, Shajr, Badnaam, and Madlock. Hard luck for Positive; we wish them all the best of luck for future.

AND YESSSSS! FAROOQ AHMED ON STAGE ONCE AGAINNNNN 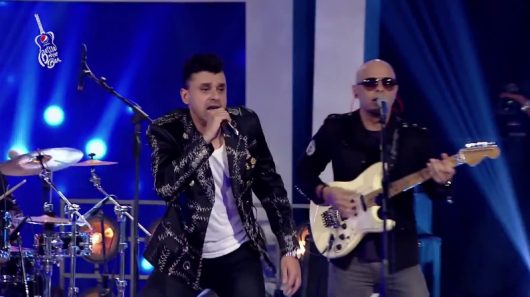 My word the nostalgia it brought. It was so good to see him back. Recalled us of the beautiful days when we were crazy about Raag Neela and Aaroh. Thank you, Pepsi for this. Catch up on the episode:

There’s still more to come in this season of Pepsi Battle of the Bands. I am sure you are thrilled. It set the bar of our expectations with just 2 episodes and now we are looking forward to the rest of the season.

19 Reasons Why You Should NEVER Mess With Leos!
Drama Continues: This Guy Claims To Know the Truth behind Amir-Faryal Story
To Top