Lockdown Has Forced The Underprivileged To Live On Streets, Who's Responsible?

Since the coronavirus epidemic has taken over the world, the poor and underprivileged communities have been suffering the most. While it is indefinite to say anything about when this all will be over, the implemented lockdown has become a major issue.

The Pakistani government, like other countries, had imposed a strict lockdown in all provinces after analyzing the need. Eventually, the decision has now devastated many lives including the daily wagers who are struggling to survive. Another similar heart-wrenching story of a family in Karachi is circulating on social media and they are in dire need of help.

Since the imposition of lockdown, several videos of the poor community, demanding aid have surfaced on the internet. Still deprived of basic necessities, the underprivileged are now forced to live on the streets under the open sky. Recently, a case from Karachi’s Manzoor colony is raising many questions on the government’s relief package drive and other welfare activities.

Ever wondered what it feels like when you are forced to leave a house just because the rent is due? Well, this is the exact situation of a low-income family in Karachi these days. The viral video shows a rickshaw driver and his family who are waiting for some miracle to happen. Due to the extended lockdown, he can’t drive his rickshaw, which is his only source of income.

Eventually, the loss of income led to the rent of his house which is now due for the last two months. Getting no rent, the landlord has now given two days ultimatum to the family to vacant his house, or else he’ll throw everything out. The family is now worried and is appealing to everyone who can help them in any possible way.

The authorities should look into the matter

Since the clip has now garnered attention from all corners of Pakistan, the authorities should also look into the matter. For many, this pandemic has become a vacation but for some, it has swallowed up their whole lives. 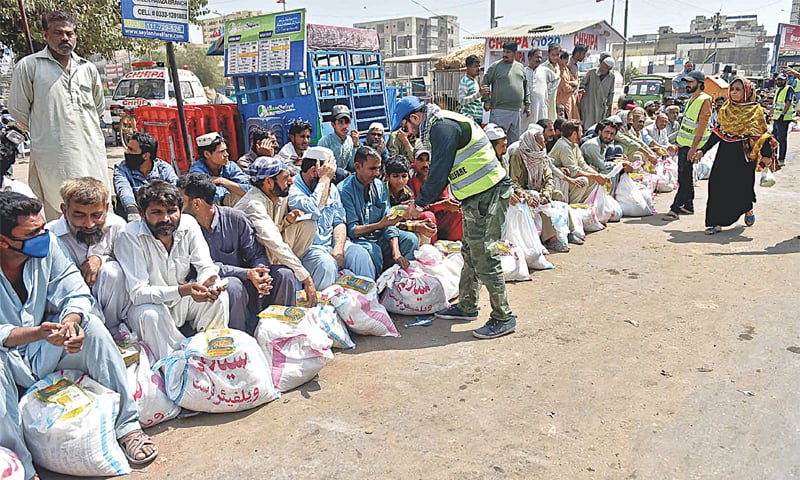 Whether the government and civil society are working for the daily wagers or not, their efforts are not enough as the crisis is huge. Sadly, 24% of people in Pakistan live below the poverty line, let alone the daily wagers. The government along with the business community and welfare organizations need to take pragmatic measures to ensure the poor are not neglected during the tough time.

Disgusting Man Shamelessly Harasses A Needy Girl on Facebook
WATCH: This Transgender Is Showing Mirror To Our So-Called Muslim Society
To Top