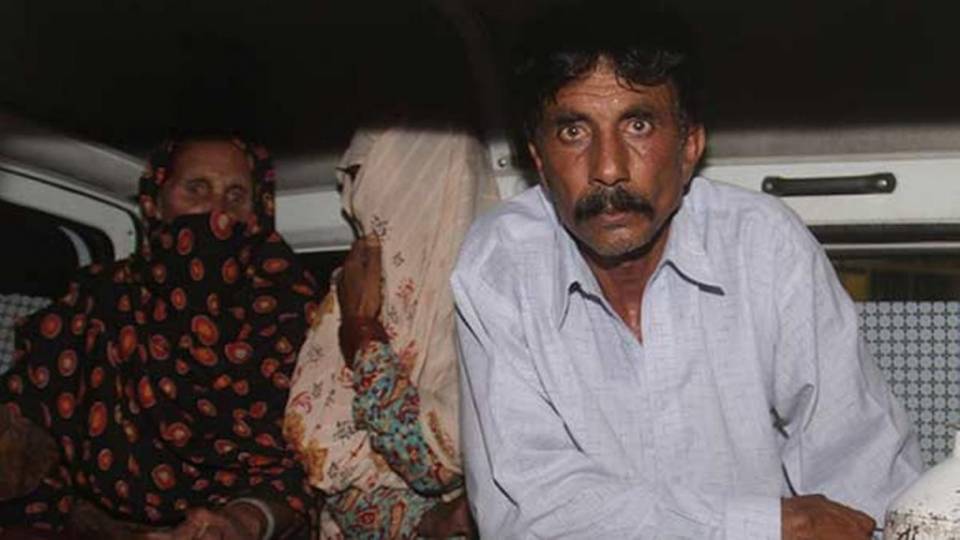 Islamabad, Pakistan – The husband of Farzana Parveen, the Pakistani woman stoned to death for refusing to participate in an arranged marriage, told CNN he killed his first wife so he could marry Parveen.

Authorities said the first wife was killed six years ago.

“I wanted to send a proposal to Farzana, so I killed my wife,” Mohammad Iqbal said Thursday in an interview with CNN.

Iqbal was arrested but later released on bail because his son forgave him, Hameed said.

The son, Aurengzeb, who is in his 20s, confirmed his father’s statements to CNN. He said his father served a year in jail.

Parveen, who was three months pregnant, was beaten to death with bricks Tuesday in the eastern city of Lahore by a group of about 20 people, including her brothers, father and cousin, police said. Police have arrested Parveen’s father and are searching for the other killers in this all-too-common crime.

The United Nations estimates 5,000 women are murdered worldwide by family members each year in “honor killings,” so named because the woman’s actions are considered to have brought shame on her family. But women’s advocacy groups say the crime is underreported and the figure could be around 20,000 a year.

“Most ‘honor’ crimes can be traced to inflexible and discriminatory attitudes about women’s roles, especially around sexuality,” said Rothna Begum of Human Rights Watch. “Women or couples seen as having brought ‘dishonor’ on the community face violence, which is then held out as a chilling example for others.”

Most honor killings in the Middle East and Central Asia occur in rural areas. Tuesday’s attack was unusual because it happened in a public area of a big city.

Iqbal, a neighbor of Parveen’s family, said he and Parveen were supposed to marry, with the family’s approval, last year. As part of the arrangement, Iqbal said, he’d given Parveen’s father 80,000 rupees and gold jewelry.
Last December, Parveen’s mother died and her father and brothers changed their minds about the marriage, Iqbal said.

The family decided Parveen, who came from a village in Punjab, should marry a cousin, police said.

Parveen, 25, and Iqbal eloped and were married January 7 in a court ceremony. He said she liked the color white and that she was a “beautiful and good wife.”

“We were happy,” he said, though they were constantly worried about their safety.

“She loved us,” said Aurengzeb, Parveen’s stepson. “She always made the most delicious meat stew for us.”
The marriage enraged her family, Iqbal said, and they demanded he pay them 100,000 rupees (about $1,000) to let the couple stay alive.

Iqbal, a farmer in the village in Jurranwala, Punjab, didn’t have the money.

The family had challenged Parveen’s marriage to Iqbal in the courts, accusing him of abducting her.

The attack took place Tuesday as she was on her way from her lawyer’s office to the high court in Lahore, where she was expected to make a declaration that she had married Iqbal of her own volition.

“They left my office around 7:40 a.m.,” the lawyer, Rai Ghulam Mustafa, said. “They arrived at the main gate of the High Court around 7:45 a.m. The opposite party, the family members of Farzana Parveen, had been lying in wait for her among the cars. They suddenly attacked her, repeatedly hit her with bricks and killed her.”

One family member made a noose of rough cloth around her neck while her brothers smashed bricks into her skull, said Mushtaq Ahmed, a police official, citing the preliminary report on the killing.

Iqbal witnessed the attack and tried to protest, but was held back.

Police said they had arrested Parveen’s father, whose name they gave only as Azeem. They said he had admitted to the killing and expressed no regret.

Senior Police Officer Umar Cheema told CNN that law enforcement agents are conducting raids in areas near the village to find the other killers.

Iqbal said nobody helped when the stoning began. People just stood around and watched.

Farzana Bari, a human rights activist based in Islamabad, said in many cases people outside the family don’t step in to protect the victim “because it’s a private matter.”

Bari said the number of honor killings is probably much higher than studies show because many families don’t report the killings, and the killers often avoid prosecution.

Under an Islamic element of Pakistani law, known as the law of Diyat, the family of a victim is allowed to forgive the perpetrator, according to the human rights commission’s report.

In certain cases, when both parties agree to reach a financial settlement, the court can take the settlement into consideration instead of jail time. Also, the courts can order financial reparations instead of imprisonment, Zia said.

According to a report published in April by the Human Rights Commission of Pakistan, 869 women in that country were victims of honor killings last year.

Hameed said Iqbal was on the run for several weeks after killing his first wife and eluded arrest, and those facts would be incorporated into the report on Parveen’s killing.