Ever imagine, living on an island? Far from the drudgery of the world, in peace, in isolation? Well, many people thought of living in such places but due to the death of financial capabilities, they could not.

However, there is a chance, a fortune for those interested. A private island, located on the west side of Shetland, Scotland is for sale. 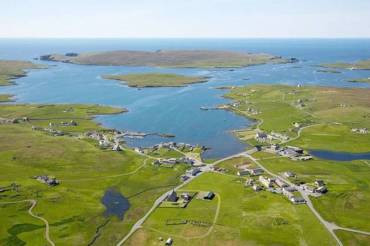 Amazingly, the price of this private island is not more than a bungalow in the Defence Housing Authority (DHA). The 63.75-acre island, in Vaila Sound on the west of Shetland, Scotland is cheaper than a Bangalow in Defence.

Furthermore, the island is closer to Norway than Scotland. It is defined as “a place of spectacular scenery and beauty with an abundance of wildlife”.

Besides, the picturesque and protected place is adjacent to the Shetland region and has a year-round entrance.

The island has two deserted cottages; with planning approval given to repair them as well as to build a new cottage.

Moreover, the island also has planning approval for the construction of a pier; and a warehouse shed with reception area; and new farming buildings.

In addition, there is a traditional watermill on the island. Planning permission also comprises a windmill and solar panels for power; septic vessels with reed beds for sewerage and rainwater capturing from the cottage and shed roofs. This would provide the freshwater stock. Thus, you will have an ECO friendly and energy-efficient place.

Comparision: a bungalow or an island

Relatively, a transformed barge in Canary Wharf is for £199,950 on the market. In Pakistan, in such price you can buy a bungalow in Defence Housing authority; a house in blue area Islamabad; a bungalow in Quetta cantonment.

However, will there be the same benefits as you will have form the island? No, they won’t. For example, you can design your 63.75-acre island as you like. You can give it for rent, for parties, and can earn a handsome amount. What would you get from buying a bungalow the local vicinity, nothing new.

Also Read: These Are The 5 Muslim Paradise Islands

You could give on rent your private island holiday home instead of £55 ($68) per person per night. Imagine earning? Besides, you will have your small kingdom, you can do whatever you want (under certain laws) on that piece of land.

If you successfully embellish your Island, you can make a lot of money. 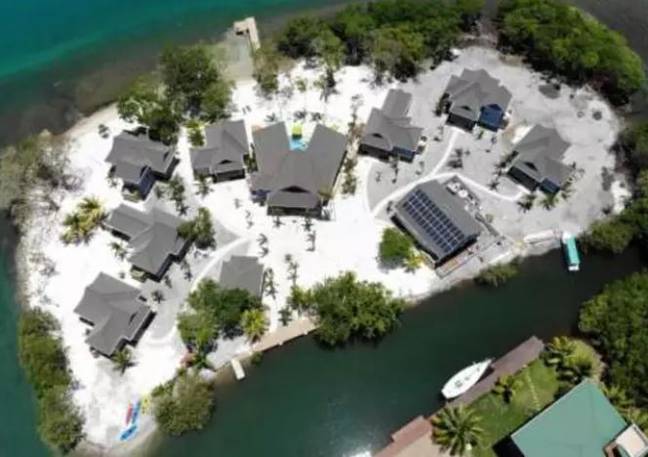 Above all, any sane person would buy an island instead of wasting his money on polluted cities. Indeed, this Island is better and cheaper than buying a bungalow in defense.