ISIS Militants Throw Another Gay Man Off A Tower And Stone Him To Death When He Survives The Fall! - Parhlo 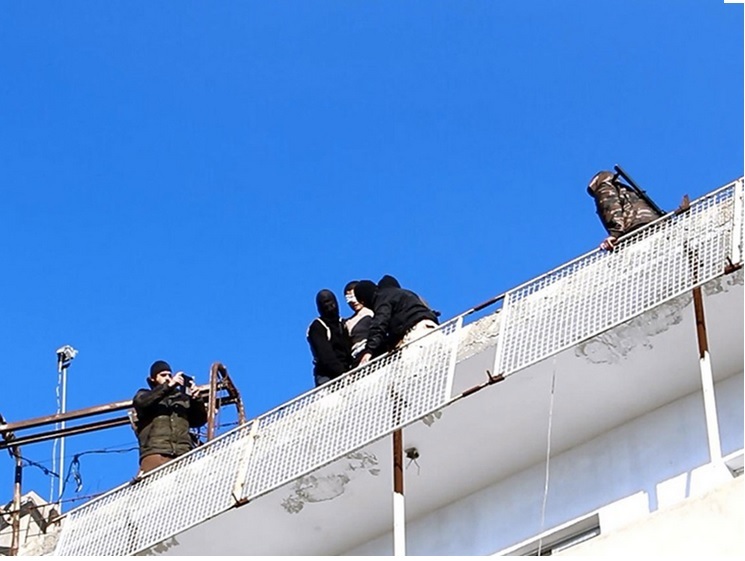 Another man accused of homosexuality was thrown from a building by ISIS. He was stoned to death when he survived the fall.

London-based Syrian Observatory for Human Rights reported that the man was thrown from a tower in Al- Tabaqa, Syria, west of the ISIS’s defacto stronghold of Raqqa. The group gathers information from activists living in ISIS controlled areas.

It was also reported that the execution took place in front of a huge crowd of people gathered below the building on 3rd March. 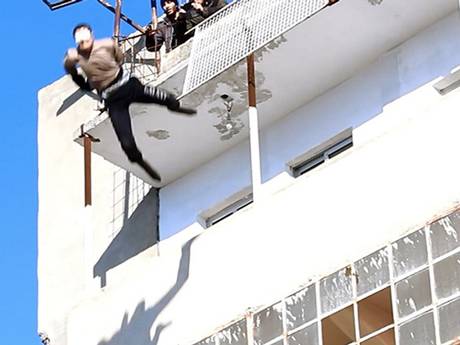 The photographs shared by ISIS show a blindfolded man being held by the militants at the top of a building. The man is then thrown and can be seen lying on the floor in front of a large audience.

Rami Abdurrahman, the director at London-based Syrian Observatory for Human Rights, told the reporters that the man was around 25 and 30-years-old. He added that man survived the fall, but was then stoned to death by the ISIS fighters. 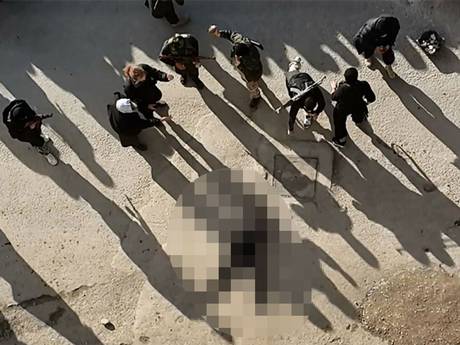 This atrocious tale is becoming increasingly familiar. Earlier in February, disturbing images showing two men accused of homosexuality being thrown off buildings in Raqqa were also published by the group.

In January, another gay man was also executed. He was reportedly beaten to death by the ISIS fighters when he survived the fall. ISIS released a copy of its penal code, which listed so-called “crimes” punishable by crucifixion, amputation and stoning.

ISIS regularly shares dreadful photographs of punishments being carried out, with the most recent images showing a man accused of stealing having his hand amputated.

Also See: The Mysterious Tunnel in Toronto Turns Out To Be A Man-Cave

Also See: A 23-Year-Old Girl’s Rape Was Filmed And Shared In Pakistan