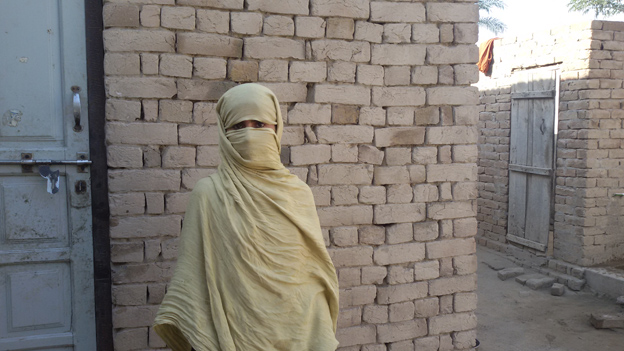 In a remote village of Pakistan, a young girl was gang raped, but, she chose to remain silent about it. Unfortunately, the rapists made video of the rape and spread it over the internet via cell phone.

The victim Sadia (hypothetical name) decided to keep quiet, in order to save herself from the humiliation.

But within 10 days, her video was uploaded online. The duration of the video is 5 minutes and 40 seconds.

The video was circulated in the towns and villages of Punjab. It showed 4 men raping the girl while she begged for mercy, Sadia’s father reported the media. According to him, Sadia’s elder brother saw the tormenting video of her sister getting raped, and then he informed their father. Her father exclaimed with deep sorrow:

“She felt too ashamed to tell me because I’m her father. If her mother had been alive, I’m sure my daughter would have told her.”

The family reported the rape. The culprits were caught easily because their community is small. The video was shared widely through Bluetooth. It went viral over social media websites such as Facebook. Unfortunately, it can still be shared on Facebook as Pakistan does have an authority to stop it from spreading. 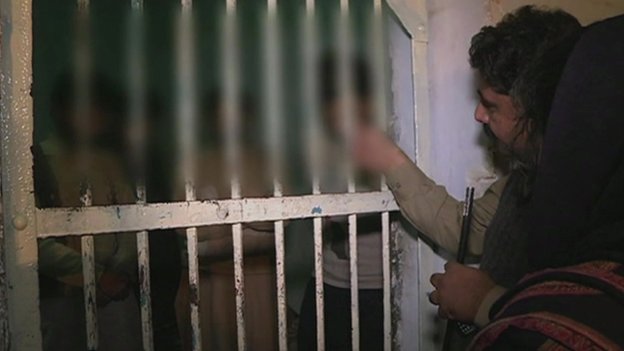 Sadia, the typical village girl projects herself as a mother for her younger siblings.

While she was speaking about the incident, she was nervous, she avoided making eye contact. She was constantly clasping and unclasping her hands and was trying to remain calm.

According to her, when she was going to purchase uniforms for her sister, a car blocked her way, showed her a gun and kidnapped her. She said that 4 men took her into a house and raped her while filming the ferocious act on a mobile phone.

“After I begged and pleaded with them, they beat me even more, they said to me that if I don’t listen to them and do what they want, they’ll show everyone the video, put it up on the internet, that they would hurt my brothers and sister. I didn’t care about myself but I didn’t want my siblings’ future to be in jeopardy because of me. That’s why I didn’t tell anyone.”

She was aware of the fact that the video is being watched by a number of people.

“A lot of people are watching this video for fun; they see it as something interesting.”

After meeting the criminals, one of the news reporters said:

“When I came face to face with the four accused men in the police station where they were being held on remand, they hung their heads to avoid our gaze. They are currently in jail and the trial is under way.”

According to the cyber crime law, the culprits’ are being prosecuted for gang-rape and kidnap. They have also been charged with distributing pornography for which the penalty is three months in jail.

Police reported that the case is strong as video tape is powerful evidence against them, although they are making efforts to remove the video from social media.

“There is no specific law to force websites to take down the video, and a lack of political will and manpower means this could still be some way off. A comprehensive cyber-crime ordinance was allowed to lapse four years ago before it could become law. So local police and federal agents adopt a piecemeal approach when confronted with a crime like the filming and sharing of a video containing sexual violence and invoke laws pertaining to sexual harassment, defamation or criminal intimidation or basic clauses on violation of privacy gleaned from an old law called the Electronic Transactions Ordinance (ETO). Under a new cyber-crime law (yet to be enacted by parliament), the punishment for distributing sexually explicit material will be three years – whether or not it involves violence which is dealt with under separate laws – and violation of privacy is also three years”

Shehzad Haider, deputy director-general of the Central Federal Investigation Agency (that covers cyber crime), said that each month he gets about 12 to 15 cases of private videos of sexual nature being uploaded – by jilted lovers and blackmailing gangs – and the numbers appear to be increasing.

“The law which was allowed to lapse was very effective because it was detailed and made the job of prosecution much easier; we make do with the ETO because we have no choice.”

“Some of my college professors visited me and encouraged me to complete my studies. They I should put it behind me, but I can’t. Not until the men are punished.”

Also See: The Brave Woman Who Urges Muslim Women to Not Join The Savage ISIS

9 Lessons I’ll Teach My Son If He Is Born in Pakistan!
13 Sexiest Pickup Lines Only Nerds Can Understand!
To Top