People Are Slamming Gigi Hadid For Appearing In Hijab

Jelena Noura “Gigi” Hadid is a world famous, Hollywood fashion model. She is the reigning sensation who has taken the modeling industry by storm. Partner to former One Direction band member, Zayn Malik, Gigi is one of the Top 50 models in the world. 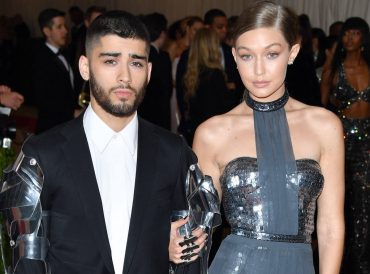 Gigi is one of the figures that people are crazy about. She already holds an assertive reputation in the eyes of her fans and her relationship with Zayn Malik has only been better for the couple.

Recently, Gigi starred in a photo shoot with Vogue Arabia in which she wore a Hijab. 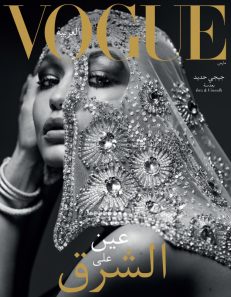 Gigi posted a photo on her Instagram profile where she heaped praises on the Magazine. The full caption of her post reads:

“I think the beautiful thing about there being international Vogue’s is that, as a fashion community, we are able to celebrate, and share with the world, different cultures. Being half-Palestinian, it means the world to me to be on the first-ever cover(s) of @voguearabia, and I hope that this magazine will show another layer of the fashion industry’s desire to continue to accept, celebrate, and incorporate all people & customs and make everyone feel like they have fashion images and moments they can relate to… & learn and grow in doing so. Thank you @deenathe1st for your vision and for having me on this cover… by the incredible @inezandvinoodh – so much love.” 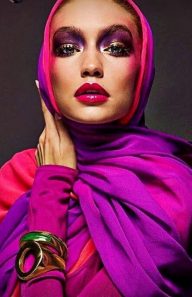 The magazine’s editor-in-chief regarded Hadid in the following words:

“…there’s no better first ‘face’ to lead the charge for Vogue Arabia than Gigi.”

However, it has caused massive outrage by people who are totally not liking what Gigi Hadid has been up to.

We managed to find reactions of people who are showing sheer anger and resentment over Gigi Hadid’s photoshoot:

1 ur not muslim stop using the hijab for “art”
2 stop using the title “half palestinian” for ur benefit when u dont even fight for ur people https://t.co/BKY5RL0RcI

yall always say gigi is palestinian so she can appropriate aspects of islam like all palestinians are muslim or like shes even muslim pic.twitter.com/myKnnakrRS

So Gigi is getting praised for wearing a Hijab bc “fashion” while women who actually wear Hijab are attacked, shamed, and threatened? pic.twitter.com/c4HLEoZ5nn

What do you guys think about Gigi Hadid’s appearing in Hijab for a photo shoot? Have your say!