Indian Actress Esha Gupta Shares her Love for Fawad Khan and Pakistan and It's Lovely!

There is no surprise that our Pakistani entertainers have wowed the Indians and other international industries. It all started with our singers, such as Atif Aslam and Ali Zafar making their way to the Indian screen, playing tunes to make a place in the hearts of Indians. Gradually, with the likes of Fawad Khan and Mahira Khan making big in India, there’s no denying how the Indians love our people.

Despite having political conflicts which often punish the locals, entertainers from Pakistan and India like to express their love for each other in all normality.

While Fawad Khan and Mahira Khan received a lot of love from India after their performances, Indians don’t shy away despite the ongoing political tensions. On particular actress, however, has expressed her love for not only Fawad Khan but for Pakistan as well.

Emerging Talented Actress Esha Gupta is in All Praises for Pakistan! 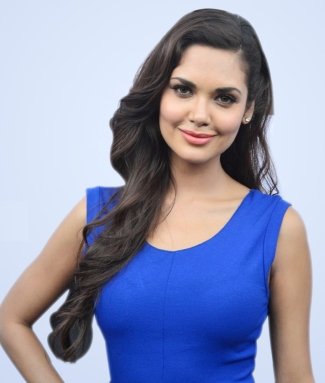 In an interview with Instep, she started off by sharing how she loves the way Pakistanis speak!

“I love the way people from Pakistan speak. Your language has the royal touch that only Saif Ali Khan has in India.”

The actress then shared how every woman in India went ga-ga over Fawad Khan after the release of his films:

“After Ae Dil Hai Mushkil, every girl in India fell in love with Fawad Khan. including my friends, my mother and myself.”

The actress further shared that Pakistani singers are much admired in India based on their potential and talent to sweep someone off their feets:

“Even singers from your country are loved in India and it is through entertainment that we can bridge the gaps and move forward.”

Indeed, politics and other aspects such as sports and entertainment need not mingle with one another. Talent has no boundaries and this goes without saying that entertainers on both sides of the border are equally talented, filled with potential to emerge even more.

People like Esha Gupta are definitely playing their role in putting a positive image of how two countries need to handle the affairs when it comes to talent.