From time to time, a song comes that takes the whole world by surprise, becoming the voice of many. In 2018, this song has been Despacito, by Luis Fonsi and Daddy Yankee. The song is the most watched video on Youtube in history, with almost 5 billion views!

Since the song pretty much went viral all over the world, it was bound to become extreme famous in Pakistan as well. A couple of days back, a video went viral on social media, where a young Pakistani kid was singing the song on live tv, being recorded as the reporter interviewed him. 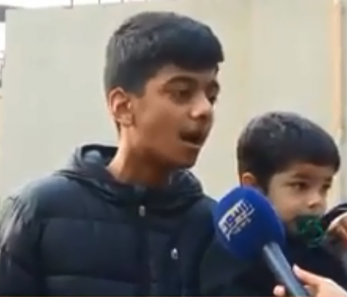 The child, who seemed to be very confident, himself proposed singing a song. He was in his zone, in his mood and wanted to show his talent to the rest of the country. Even though the child did not remember most of the lyrics to the song, since it is neither in English or Urdu, but Spanish, he still did a remarkable job at singing as much as he could.

Not trying to remain extremely diplomatic, although the video was funny, but making a mockery of the child on social media was uncalled for. Ever since the video went viral, it has been shared thousands of times by different people and pages on social media, with hosts of negative comments underneath every source.

This is not the first time that social media has made a joke out of someone’s confidence. Last year, a girl’s video from Murree went viral where she had said: “We are proud of you!” to her teachers, but it was wrongly interpreted and the country created collective hysteria from the incident. Similarly, this particular kid was very confident and showcasing whatever he had learned. To make a joke out of his ability will not just ruin his confidence, but with time, this particular incident will grow on him, as he would always feel shame in remembering it.

Ali Moeen Nawazish, now a renowned educationalist in the country, took to his Facebook and wrote: “I am seeing people on the internet making fun of this kid. Do you know what you are doing? You are killing the confidence of this kid, you are making afraid to try anything new ever. We need to encourage kids, people. So, what if he didn’t sing it perfectly at least he tried. All you bullies out there, all you will do is kill someone else dream. But, never have the guts to go and try to achieve yours!”

Even the woman standing next to the kid in the video, who may be from the same family, asks him to stop singing mid way. The embarrassment she felt could easily be seen from her facial expressions. The most important question here is that since when did we become perfectionists in everything? Why does everything have to be perfect, the way it should be, and if it isn’t, it becomes a joke? We have set these ugly standards for ourselves and others around us.

While some have cracked jokes on the child and his singing, others have tried to minimize the damage by supporting him for his confidence. He might not be a good singer, might not remember the lyrics, but at least he had the courage to face a camera, which not many of us have in today’s time, for similar reasons.

Pakistanis Are Calling To Boycott Murree Due To Harassment Of Touring Families By Locals!
Here’s That ONE Thing That Each Zodiac Sign Hates in a Relationship
To Top