Pakistanis Are Calling To Boycott Murree Due To Harassment Of Touring Families By Locals!

Pakistan is a country full of landscapes that can take your breath away. Ever since 9/11, tourism inside the country had gone to an all time low, pertaining to the depreciating conditions of security. However, in the last 5 years or so, tourism has relinquished and people from inside the country and abroad are slowly reclaiming all the hot-spots.

One of the major tourist hot-spots in the country is Murree. The land of lush green trees, chilling weather, and mountainous paths. Growing up in Pakistan, every family from around the country, any province, wanted to visit Murree for its tourist attraction and above par weather in the summer. 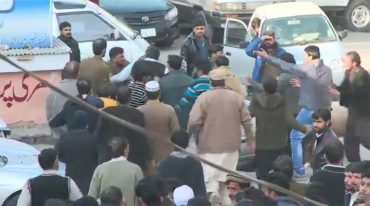 However, as of lately, the number of tourists visiting the city have gone to an all time low. One might wonder the reason behind it, as it is definitely not the security conditions of the place. The real reason behind the fall of number in tourists visiting Murree is the degrading attitude of the locals, who thrive in torturing tourists for extra money.

Be it shopkeepers, restaurants or guest-house owners, the combined attitude and mafia that believes in exploiting visitors for money have put shame to the place which was once closest to every Pakistani’s hearts. A substantial amount of videos, pictures and first-hand experience sharing on social media is proof that this theory is a fact and not a myth.

Misbehaving with families, including women and children, is now a continuous practice by the locals and at times, even by the visitors. Harassment on charging extra money on day-to-day items including water, soda drinks, crisps, cigarettes and even things like tea/coffee has become a routine. Furthermore, tourists who go out for lunch/dinner in the city are faced with mammoth amounts of bills, which are costlier than fine-dining restaurants in cities like Karachi, Lahore and Islamabad.

Usually, visitors who come with their families try and avoid confrontation and incidents, but the attitude that they face, including vulgar abuses and bids to attack, are usually countered by the same, which leads to an all-out brawl between visitors and the locals. So tightly knit is the Murree mafia, that when one local jumps into a fight, in a matter of minute, a huge mob is organized out of nowhere.

The land which was once known for its hospitality, has now become a cringe-fest full of hatred. People on social media have voiced their opinion against the Murree mafia and many believe that the only way to counter them is by avoiding visits to the city altogether.