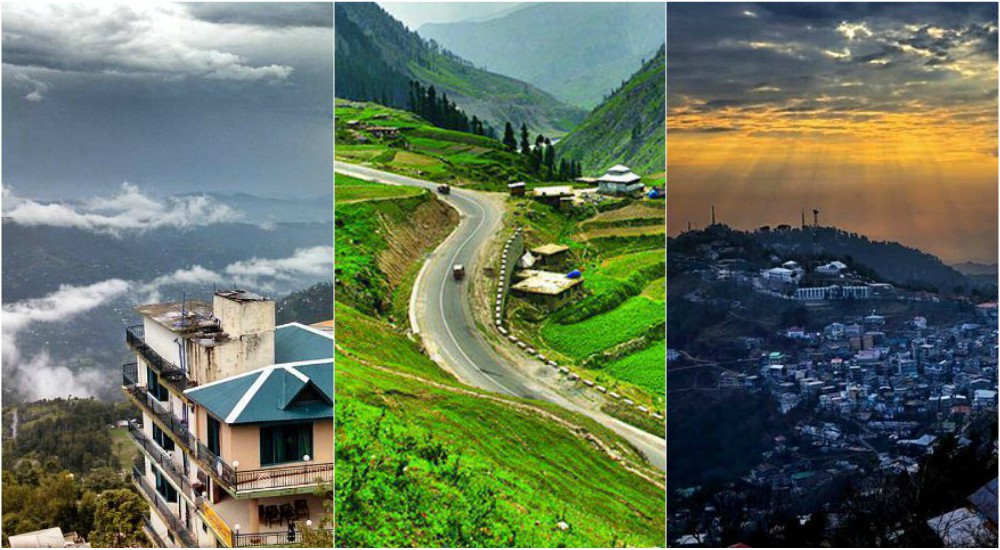 Hiking, one activity that may be called as best adventure yet unknowingly the most tiring of all the adventures. Islamabad is one place in Pakistan that has heights having proper hike tracks which gives an enormous amount of adventure to locals and tourists.

Murree, one hill station that can be termed as the capital of all the hill stations in this particular region of Islamabad. Usually, people opt for cars, Daewoo and the adventurous one may even opt for biking all the way to Murree. For the people of Islamabad and Rawalpindi, Murree may be one place that can be an occasional weekend spot. Murree is also one great tourist attraction in Pakistan.

Hiking to Murree is one climb that many would say is a ludicrous idea but if you have friends sharing the same spirit as you around then no matter how riotous your idea is you can say that you are proud to achieve it.

Our expedition began at 6.00 am in the morning where we reached to highland by car, ahead from highland was the track where we began our hike trip. This track is officially called as the abandon jeep track. Well, we started to walk on this track at 9.00 am in the morning. This track as I mentioned before has an abandoned road going ahead which was visible to us by the rough rocks that bedded the floor and the mud on them which was acting as the bed sheet. 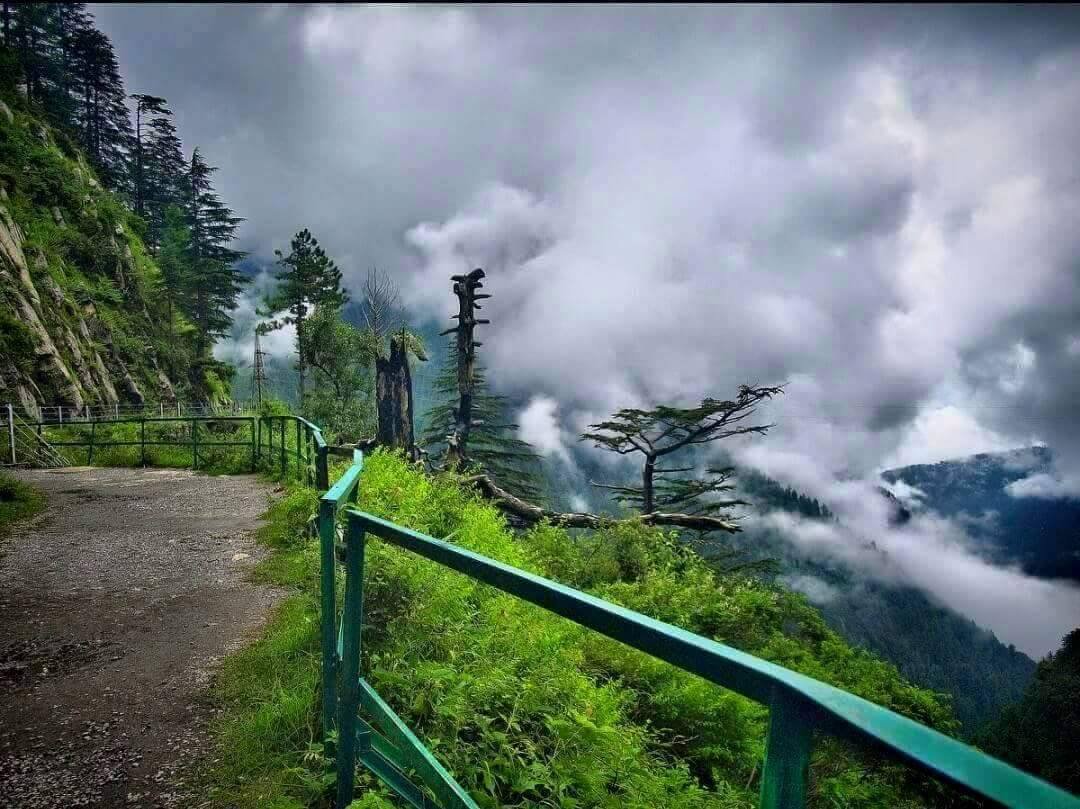 Well, walking on this road is one difficult journey as the rocks that protrude out pinches the sole of the shoes emerging great pressure on the feet. Taking a short pause after an hour or two was made compulsory due to difficult walking conditions and the heavy bags that we were carrying. Finally, after 3 to 3 ½ hours of the hike, we reached our first milestone which called Parhila.

On reaching Parhila we took a break of 30 minutes in which we straighten our feet, took heavy gulps of water and made some memories in form of pictures. After the break, we reestablished our journey to hike towards Murree. Now our next milestone will be reached once we reach towards Rakhola. Well, hiking to Rakhola was the most tedious part of the journey. This journey was the one where we were almost empty stomach and the snacks that we had were sufficient to quench our thirst for solid food. 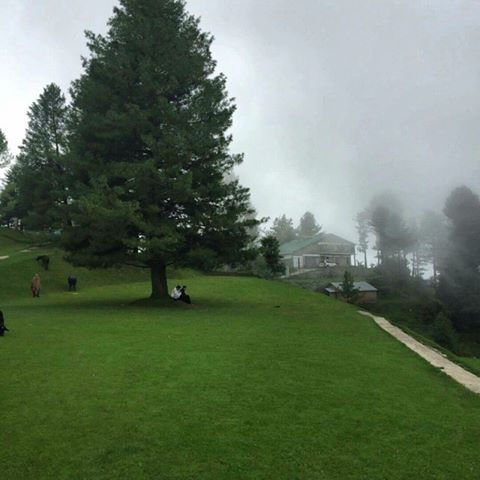 Our spirits were still high to reach Rakhola and that was because we heard from the natives that there are few restaurants in Rakhola. We kept on walking on that same stony path with a spirit of having food. Well, when I had a look at my watch it stated 2.30pm and we reached Rakhola only to find out that what we thought as the heaven for us was nothing but just a small village with hardly any place to eat out. By this time we were fatigued to an extent that I could feel the lactic acid in my body.

But an inability to find food at Rakhola didn’t lead down our spirits and we kept on going as the local instruct us there is one shop nearby which could help us assist in our search of food. Our moods were down but spirits were high and kept on walking. Well, soon enough we found that our supplies worn out especially our water supplies but we were lucky to find a nearby house who were happy to refill our water supplies and they in turned offered us some food but we denied as we knew firstly because we were all boys and the house was filled with women thence leading to an awkward situation and also that our beloved shop is just nearby. Well, finally after a great struggle we reached to the shop. 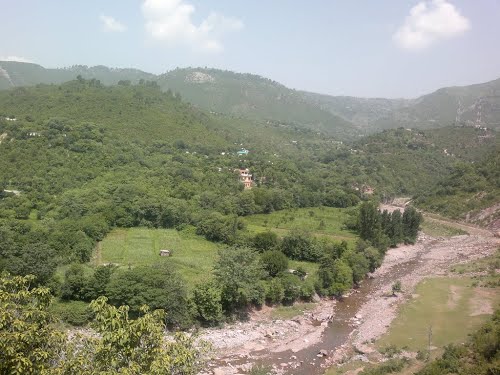 Although the shop was not how I imagined it but yet was enough to fulfill our needs and provide us with biscuits, chips, water, and Pepsi. The Pepsi acted as the source of glucose for and after have a rest of 45 minutes and replenishing our body we stood on our feet once again to reach our next milestone called Gambhir. Gambhir was the Promised Land for us as we plan to camp somewhere near or in Ghamir mainly because Gambhir was mother Earth for us that have the ability to provide us with solid food. Well, this was one hike where our legs were no more felt to us and I literally don’t remember differentiating between stepping on a paved road or rough stones.

Well, after an hour of the hike we were fatigued enough and we asked a passing by jeep person to drop us to Gambhir. The journey in the jeep was also enormously tedious not because of the hike we had but because of the jeep and the way it moved on the semi-paved and semi-rocked road. The jumps that the jeep was taking made us feel our heart out. The jeep as it moved along the rocky-road made us move in all possible directions especially to some of us who were seated at the back with the sky acting as our roof. 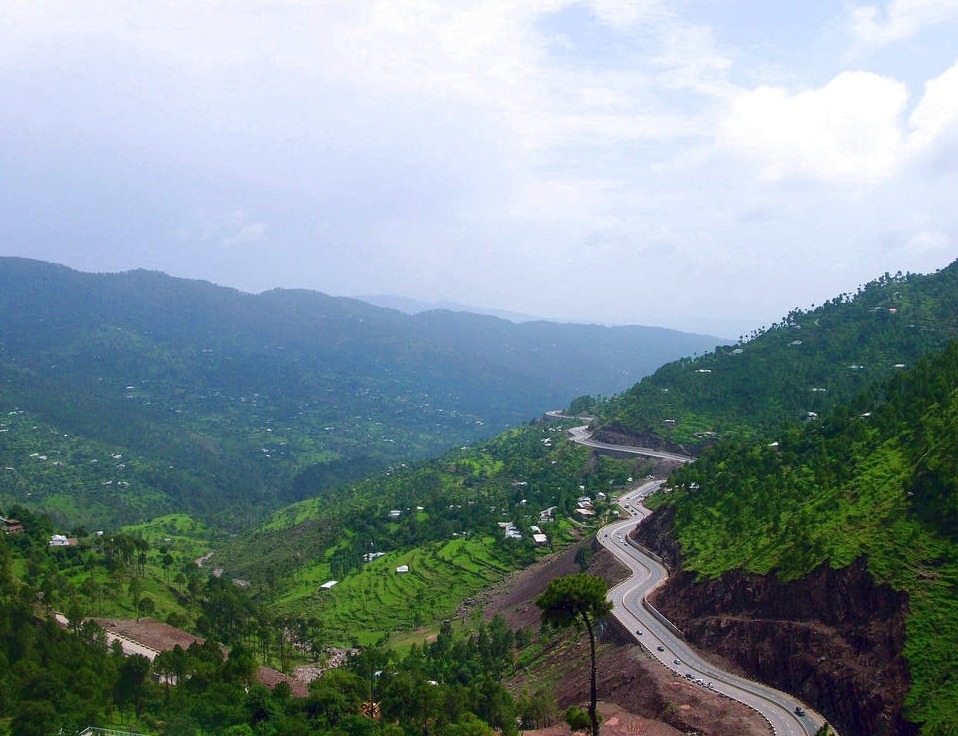 On reaching Gambhir, we were blessed as our eyes were actually seeing some hotels and it was no more a theory. We plan to eat some food and take camp but then it struck to our mind why not hike ahead and finally reach to Loralai our major destination to camp in a car. We put forward that plan we hike a bit but then took another jeep and that jeep showed us the pathway to Loralai and from there we went to Murree via Ghora Gali.

While on the way to Murree we talked to locals and told them about how we hiked all the way from Pir Sohawa to Gambhir and none of them were ready to believe our tail. Once it struck in my mind I could sway away from a local because he was begging not to agree with us and I can’t even avoid the local because that local was accompanying us all the way to Murree. Well on finally reaching Murree after a hike of 12 hours or so we were tired to death. We took a room in Murree and were finally able to order some solid food. After gobbling on the food we started to fall in love with a bed on which we were seated and then even before the clock could strike 9.00 we all were in deep sleep.

Next morning, at almost 9.00 am we let the sun dazzle us and we were awake to realize that Murree awaits us outside. All of us being frequent Murree visitors had no plan of going on to the mall road, therefore, we decided to breakfast from someplace nearby and start out return journey. Our return journey began by hiking down from our hotel to Muree Expressway and we plan to reach Rawalpindi by the hike. We began with Great Spirit at our heart. We also tried a lot but our body didn’t allow us to hike down and finally, we were forced to take a ride home. The 1 ½ hours of journey and finally we were able to see the place where it all started- THE CIIT BOYS HOSTEL, Tarlai.

I know what we did was something very different and that we had to bear the sores, bruises, and pain after journey for a long time yet the experience and the adventure that our mind now possess is worth of all what we faced and I would end this entry by simply stating the fact it’s one trip everyone should have an experience of.

Read Also: Here Are The Two Places You Should Visit If You Have Decided To Boycott Murree