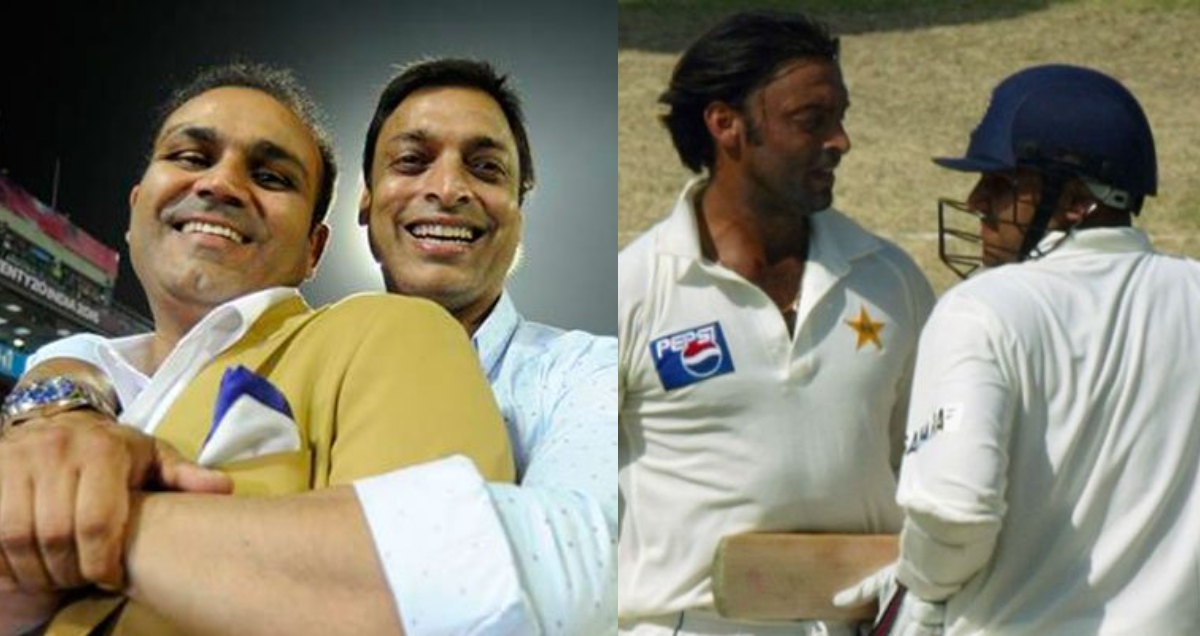 Best known for his exceptional bowling skills, former Pakistani cricketer Shoaib Akhtar is definitely a class apart. Currently, the ‘Rawalpindi Express’ stays busy with his growing YouTube channel where he interacts with his fans and admirers. However, recently, former Indian cricketer Virender Sehwag’s ‘money’ allegations against Shoaib Akhtar were dismissed in the most hilarious way.

”Money comes from Allah, not India!”

Clearing the air in his recent upload on his YouTube channel ”Shoaib Akhtar”, the cricketer responded calmly. Mocking Virender Sehwag on his baldness, Shoaib Akhtar started the video by saying that he has more money than the hair on his Indian rival’s head. Moving on, Akhtar cleared the misconceptions Indians are carrying after his recent laud for captain Virat Kohli.

”I have more maal than you have baal on your head!”

Sharing his long struggle of 15 years, Shoaib Akhtar said, ”I [Shoaib Akhtar] have more maal (money) than you [Virendar Sehwag] have baal (hair) on your head. If you are not able to fathom that I have such high followers, then understand it. It has taken me 15 years to become Shoaib Akhtar. 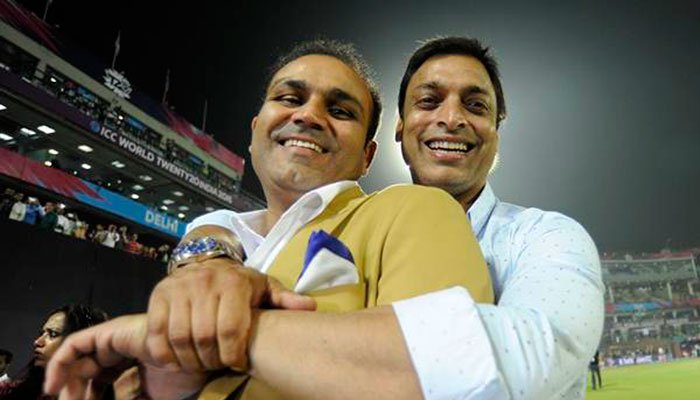 ”Yes, I have a huge fan following in India, but I criticized them when they did not play well in the first ODI against Australia”, he added. Apparently, Virender Sehwag’s statement came in after Shoaib Akhtar called Indian captain Virat Kohli ‘n exceptional leader’ on his recent performance in the recent One Day International (ODI) comeback.

”Ramiz Raja, Shahid Afridi all praise the Indian side when they do well!”

Quoting other Pakistani cricketers’ names, Akhtar expressed, ”Just tell me one Pakistan YouTuber who does not praise India when their team does well. Ramiz Raja, Shahid Afridi all praise the Indian side when they do well. Tell me one thing, isn’t it right that the Men in Blue are in fact the number one side in the world, isn’t it right that Kohli is the number one batsman in the world”. 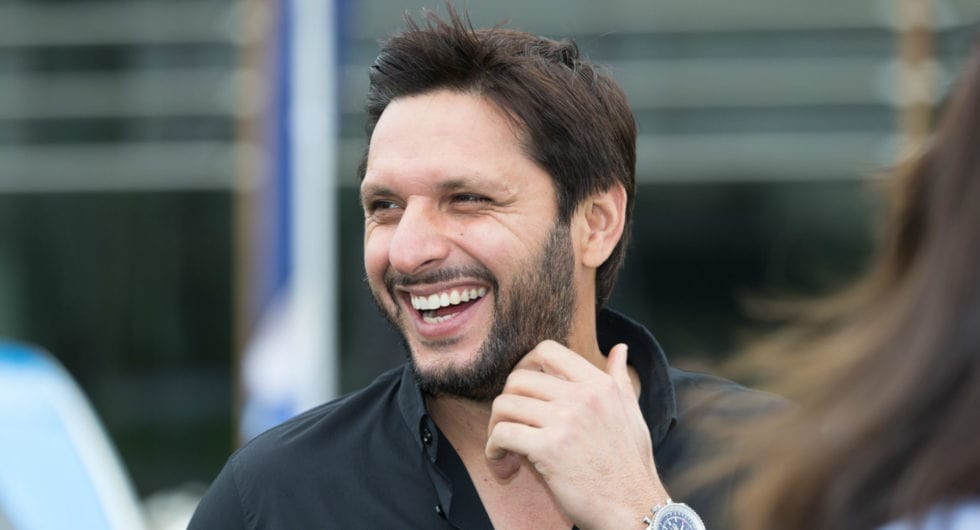 ”I do think that there is a factor of jealousy. I have been targeted time and again. We are already politically divided but now people want to divide cricket as well”, he maintained. Certainly, Virender Sehwag’s earlier statement regarding Shoaib Akhtar was completely hypocritical and ignorant.

Particularly, the former Indian cricketer called the Pakistani pacer’s timely praises for India an easy tactic to make money. Well, not only cricket but Shoaib Akhtar’s massive YouTube success made him the first Pakistani to appear in YouTube rewind 2019. However, the number of followers on the channel is rapidly growing and is currently standing at 1.91 million.

What do you think of Shoaib Akhtar’s response? Tell us in the comments section below!