11 Largest Aircraft Of the World That Roam The Skies|Parhlo.com 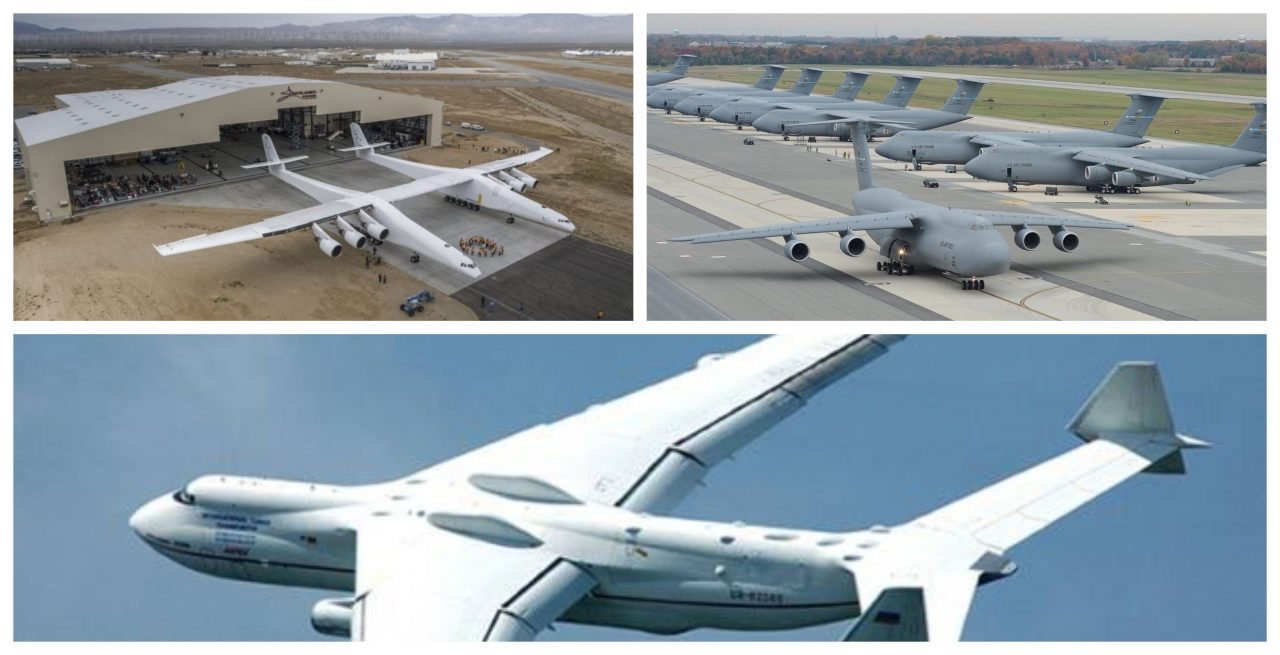 As time has gone by we have become obsessed with bigger and mightier things. Our cellphones have gotten larger, our house has also increased in size. We as humans we are obsessed with big. When we look at a structure and it’s small we don’t get amazed but thousands of people go to see the statue of liberty and the Burj-ul-Khalifa each day.

Why? Because they are feats of human engineering and ingenuity. All of this makes us feel powerful and that we are part of something bigger than just ourselves. Although a lot of this big and better mambo jumbo is because of cost savings, we also are a little obsessed.

With the largest aircraft, however, I think it is mostly because of cost. The larger the vehicle, more people or cargo it can carry meaning, it would have to do fewer trips. This will allow the owner of the large aircraft to lessen the cost and maximize the profit. It’s basic economics.

Having giant aircraft is such an amazing strategy that everyone from the military to airlines all has gigantic aircraft at their disposal. I will list them down from the smallest of the behemoths to the largest in both military and civilian use.

I am going to list these planes in order and give them that order because of their size together not just one aspect of their size. 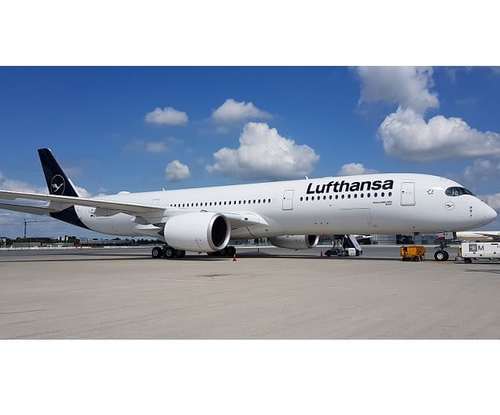 Airbus A350 is a twin-engine airplane that can carry around 253 people and has a three-class configuration like the majority of Airbus’s planes. It has a total number of 300 seats and is suitable for long hauls as well as domestic travels.

Airbus A340 is a four-engine commercial airline jet that can carry a maximum of 375 passengers and has a three-class configuration and has a total number of 313 seats on board. It is one of the small big ones from the Airbus. No matter the size, it still doesn’t give up on luxury and you can expect sufficient leg room in this puppy. The A340-500 combines performance, comfort, and efficiency and is one of the best for long haul operations. 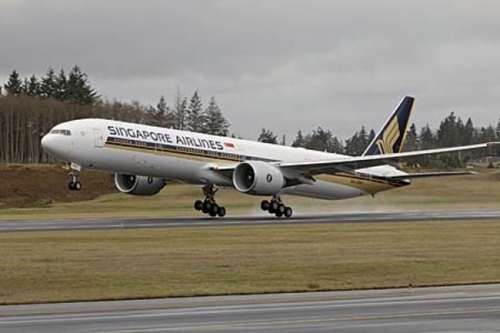 The triple 7 is a wide-body twin-engine jet that is able to house 396 passengers. It is also designed with a three-class system and is one of the best airlines out there for companies looking to keep the cost down but comfort up. This is the puppy you probably have sat in when going to the U.S or Canada through Dubai. 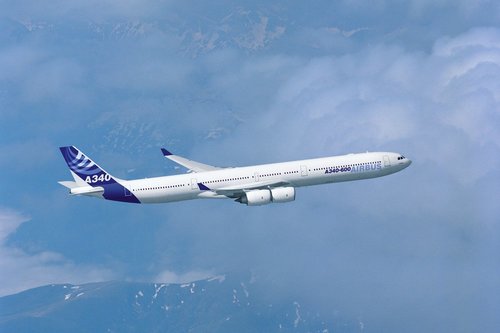 Airbus A340-600 is the biggest aircraft in the A340 family. It is able to take on upto 450 travelers. It is quite adaptable and this allows it to be used as a business aircraft or a government stream. The A340-600 is one of the biggest planes in the world and it definitely deserves the number 4 spot on my list.

The 747-8i is a four-engine jet airliner with the ability to carry upwards of 467 passengers with the increased fuselage. It is considered one of the best aircraft in the world. The 747i was built with luxury, efficiency and long haul flights in mind. It is so good that the POTUS’s AirForce one is also a Boeing 747. 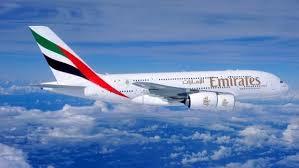 The Airbus 380-800 is the world largest commercial plane in terms of capacity. Theoretically it can house upto 850 passengers but during it’s operation it has opted for carrying around 550 passengers. It is the favorite niche airliner for the UAE airline company Emirates. It is able to go 8500 nautical miles which is one of the best single tank flying capability. 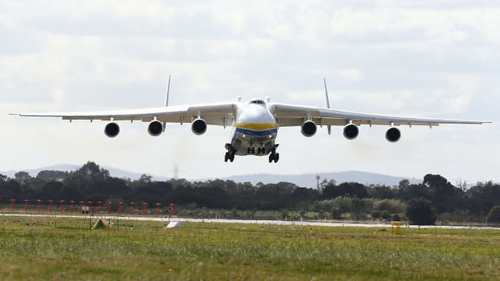 The Antonov’s AN-225 is able to carry 640 tons worth of cargo, it is powered by 6 giant turbofan motors. It is able to travel to shorter distances of 2600 nautical miles but makes it up in the weight it carries. It is truly the Largest aircraft in the world. 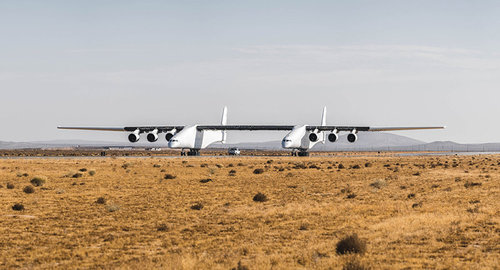 The title of the largest plane doesn’t belong to a passenger plane but to a cargo carrying beast. Model 351 is the largest plane by wingspan and by carry capacity. It took it’s first flight on april 13th 2019 and is officially the largest plane in the world. The 351 can carry 650 tons and is capable of going 2500 nautical mile in a single tank. It is not much but it is enough. Although it is not launched for purchase but it has been successfully tested.

Aircraft are used for many purposes, traveling, shipping and war. Army of any country needs a big carrier to haul their heavy ass equipment around. So here is a list of personal and cargo carriers that the different military’s in the world use.

The bases of the listing are in regard to the weight each of their carriers can hold. 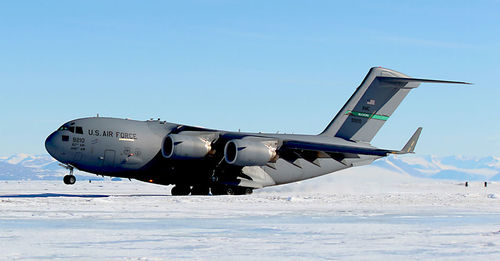 Boeing developed the C-17 for the United State Military as a all purpose carrier. It is able to transport heavy over-sized payloads and troops to remote areas with ease on small airfields. It has a maximum carry weight of 265.3 tons. 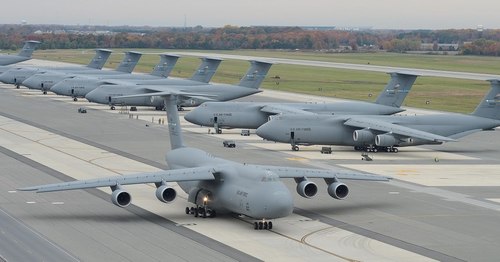 Lockhead Martin developed the C-5M for the united State Military and it is the largest aircraft carrier at the USAF disposal. It has a maximum weight capacity of 381 tons and allows quick unloading from rear and front simultaneously. 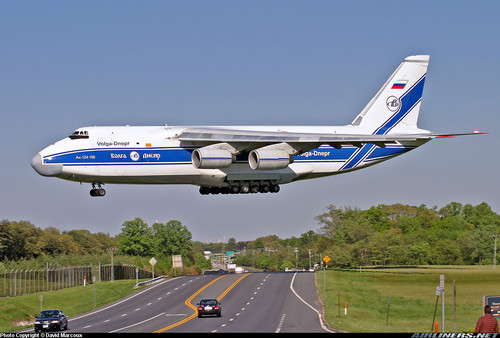 With the NATO code name for the Ruslan being Condor you can see why it is the best aircraft carrier out there. It is able to carry 386 tons of cargo and it has been used during various missions by different countries. Deepwater Horizon oil spill and Fukushima nuclear accident to name a few. The Ruslan is truly an all-around carrier fit to do any job.

These are all the aircraft I could muster up for this article, there are a lot more out there but these are the most notable. Engineering is constantly improving and I am sure we have aircraft that will make these seem like toys.

Fawad Khan Explains How Zameen.Com Has Changed The Property-Game In Pakistan, Forever!
Sunsilk Has Stunned Us All With Their Latest Fashion Edition At PSFW’19 And Ladies, You Need To Check This Out!
To Top