In light of the recent Indian monstrosity in Jammu and Kashmir (J&K), the world is majorly in support of the innocent Kashmiris. The Indian barbarism which is going on in Kashmir from more than a decade again took an outrage recently when the filthy Modi Sarkar revoked Article 370 of Kashmir. The Indian Army then intruded Kashmir with a total of 7 million army troops shattering Kashmir’s special status as a separate entity.

The world bleeds with Kashmir while the ignorant India feasts on it!

People from all over the world have started signing petitions for the United Nations (UN) and are using social media to show their concerns over Indian illegality in the region. Indian soldiers have house arrested various powerful leaders and freedom fighters of Kashmir including Omar Abdullah and Syed Ali Geelani and all types of communication services have been suspended within. 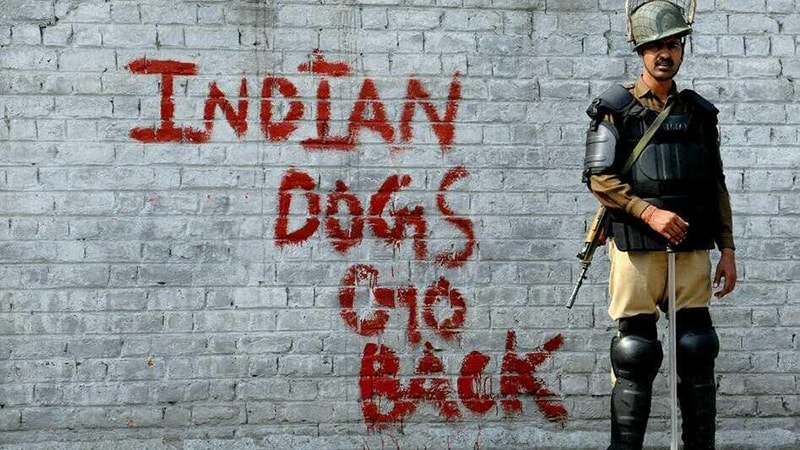 In the midst of extreme political tensions and protests organized in many different countries showing their solidarity with the innocent Kashmiris, the ignorant Indian nation is seen standing with their Bharatiya Janata Party (BJP) leader Modi supporting his vile decisions. Several celebrities of India also presented their thoughts on Twitter regarding the matter but in a divided manner. While most celebs were praying for the Indian Occupied Kashmir (IOK), some went extremely shallow and revealed their extremist mindsets in front of the world.

My thoughts are with #Kashmir. Praying for peace 🙏🏻 #KashmirNeedsAttention

What the hell us happening ??? May Allah keep every one safe ! In Kashmir https://t.co/bVicpsYOO7

The ‘Dangal’ star also tweeted in a positive stance!

This too shall pass! #Kashmir

Sanjay Suri wished safety for everyone in Kashmir!

Hoping there is clarity by the Govt on J&K situation and local residents & visitors remain absolutely safe.

Both, my mind & heart are still back in Kashmir with Indian army & Indian Kashmiri brothers and sisters… #Kashmir #KashmirUnderThreat

The much bold personality of Bollywood, Kangana Ranaut also displayed her sheer support for the Indian government on her Instagram!

#KanganaRanaut on #Article370: It's a historic step in the direction of terrorism free nation!

I congratulate PM @narendramodi ji for his unwavering commitment towards ensuring unity & integrity of our motherland.

This historic decision will usher in a new dawn of peace & development in J&K and Ladakh region.

Currently, Jammu and Kashmir (J&K) has taken over the heated political relations between Pakistan and India. Everyone is just looking upon the Muslim countries which are just acting like a dummy when unity should be taking over. Prime Minister Imran Khan has contacted several Muslim leaders asking for their support in the Kashmir matter.

Every second is precious. It should be the wake of Muslim countries against Indian atrocities in Kashmir and for the Kashmiri people. May Allah keep every Kashmiri in his ultimate protection (Ameen)!