Ashton Kutcher and Mila Kunis Baby! The World Is Psyched! 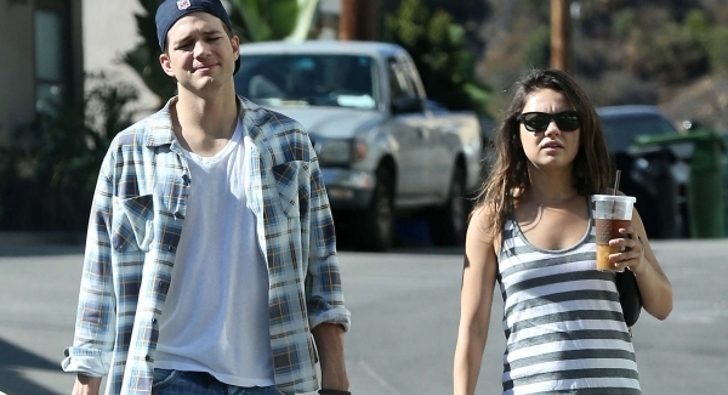 The engaged couple and formerÂ That ’70s ShowÂ co-stars haveÂ given birth to a baby girl. Now being called as Kunis Baby!

The two wereÂ most recently spottedÂ walking their dog on an afternoon hike near their home in Los Angeles on Sept. 27, with a very pregnant Kunis holding hands with her husband-to-be.

And earlier this month, Kutcher revealed on Twitter that he was anxiously awaiting the arrival the Kunis Baby,Â saying, “Nervous is excited’s victim sister.”

In the days and weeks leading up to the birth, Mila Kunis had been spending some extra one-on-one time with her fiancÃ©.

From late-nightÂ dinner datesÂ to afternoon trips at theÂ dog park, the couple truly savored the final weeks of pregnancy.

“Ashton is not letting Mila out of sight. They are spending every moment together,” aÂ source told E! NewsÂ shortly before the brunette beauty gave birth. “He can’t wait.”

The source added, “Mila is so excited about the baby. She’s been really calm and chill about it all.”

Her peaceful mindset may partly come from her regular yoga sessions she attended throughout her pregnancy.Â Days beforeÂ she gave birth, Kunis was spotted at her regular class ready to get physically fit.

Read Also: How Parents Should Deal With The Early Age Relationships

When she wasn’t working on her fitness, Kunis was at home checking off items on her busy to-do list.

“She is making sure the house is prepared and the nursery is stocked,” a source told E! News. “She’s been very involved in everything. She really wants to be a hands-on mom.”

Mila now only has one wish for the Kunis Baby.

“I just don’t want my kids to be a–holes. I feel like so many kids nowadays are,” she toldÂ Marie Claire. “Both of us just want to have well-behaved, honest, nice children who people meet and say, â€˜That’s a good kid.'”

The Kunis Baby is welcomed to the world and as the world awaits to see the first few pictures of the Kunis Baby, they are anxious to know who it looks like.