Unbelievable! Lahoris Are Fighting Rest of Pakistan Over Doodh Soda! 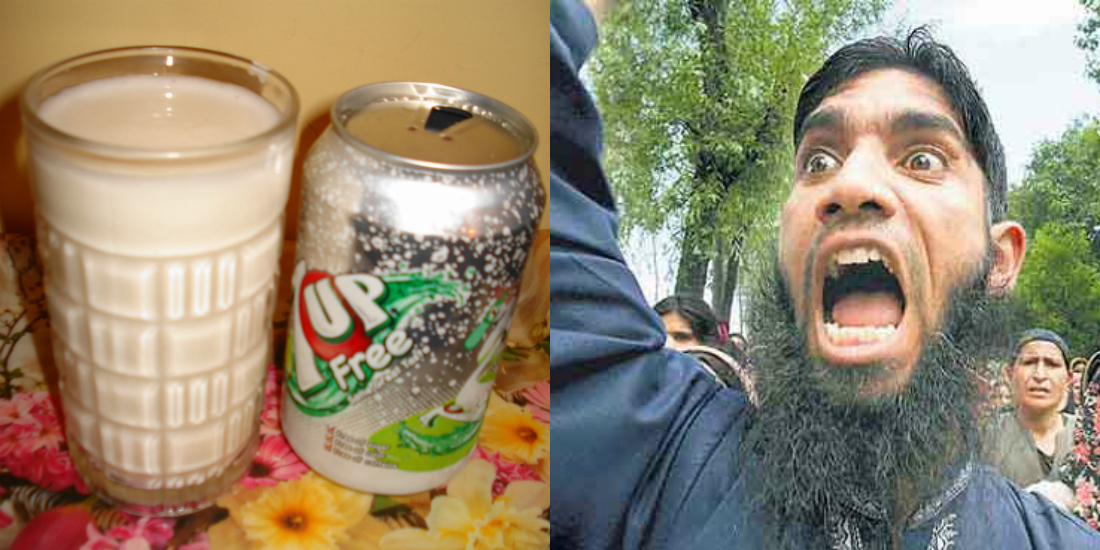 In Pakistan, anything can happen, literally. Especially when you’re a Lahori. While the country goes through a huge turmoil, with the Prime Minister having an open heart surgery, the country without a foreign minister, drone attacks in Balochistan targeting Taliban, corruption, nepotism, rape, murder and child abuse – the youth of Pakistan is fighting on DOODH SODA!

What a time to be alive…

On Twitter, the young-guns, the colts of Pakistan, the people who will make the future of this country are fighting over a combination of Sprite and Milk. Yes, you heard it correct. Let’s not keep you waiting – you can see it for yourself.

"What does home taste like?"
"Doodh soda."
"And what does it feel like?"
"The arms of everyone I love."

And from there on, it was the beginning of a war…

Doodh Soda, the Supreme Lahori drink, had loyal supporters.. who were ready for the challenge

@apkiammi Doodh soda is like the best thing omg why angbeen

And just as the defense was strong, so was the offence – rest of Pakistan was conspiring openly now!

There are other important things to discuss. Get out with your soda, doodh and doodh soda.

This particular Lahori who served the casus-belli on Twitter was ready to break virtual friendships over… well, Doodh Soda..

But the attacks were too strong to handle for the Lahoris..

For better or worse, through sickness and health, unless that bitch is rooting for doodh soda https://t.co/xGGvTqMmeN

ok so apparently doodh soda is milk and seven up? I've never had it but it sounds GROSS.

And then it happened, the Lahoris combined into one big bottle of Doodh Soda and took every single offender on – it was now Lahore vs rest of Pakistan – Doodh Soda vs other drinks

My love for doodh soda tops all my love for every drinkable item there is.

You have to be really bitter to not like Doodh soda. You need Therapy.

A doodh-soda-hater spelled backwards is retah-ados-hdood which doesn't make any sense, just like your opinion.

And then there were normal people who didn’t want anything to do with Lahoris or Doodh Sodha..

wtf is a doodh soda

Wth you guys had a doodh soda war without me??

So which side are you on?

Are you team Doodh Soda or are you team I-really-don’t-care-but-why-are-Lahoris-like-this?

9 Times Living On The Edge Made You Lose Faith In Humanity
Jelly Bean vs Jalebi: If Android Was Made In Pakistan
To Top