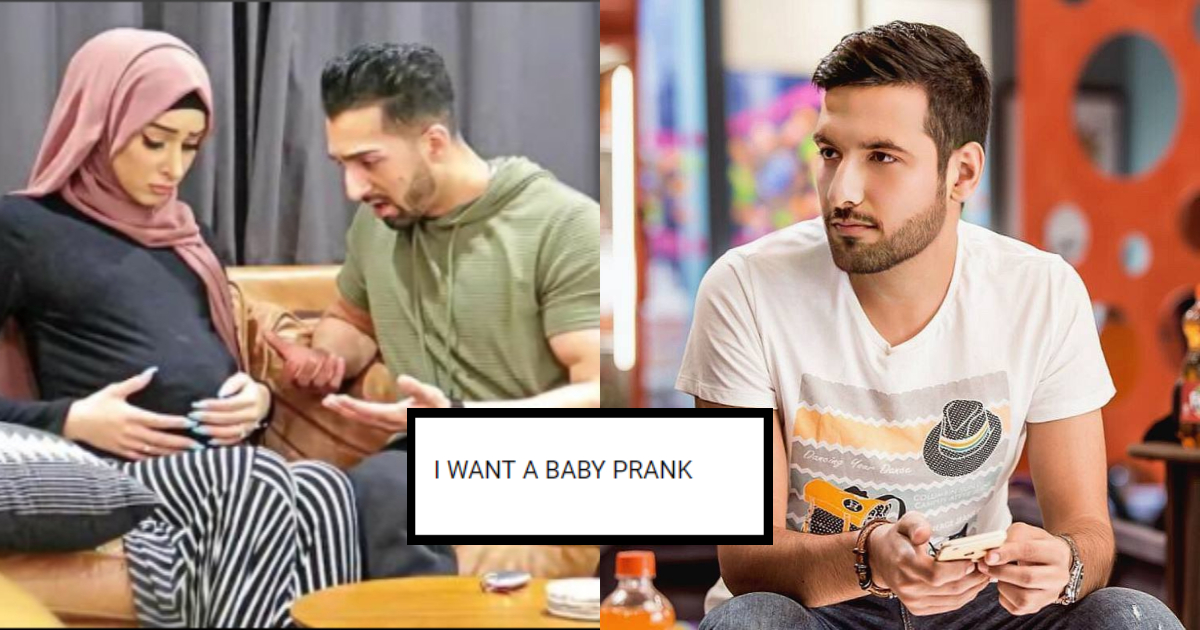 The YouTube Canadian vloggers Sham Idrees and Froggy have been in the limelight for quite some time. The duo constantly uploads about the most random things on their YouTube and the masses don’t hesitate to be vocal about their meaningless content.

Not long ago, Idrees was in the feud with Saad UrSham Idrees And Wife Froggy Are Making Controversial ‘Pregnancy’ Videos And Zaid Ali Is Super Pissed! Rehman aka Ducky, leaving no stone unturned, Ducky Bhai roasted both Froggy and Sham for rolling out clickbait content, scripted pranks and faking incidents to get views. The Twitter war lasted for a bit and honestly, it was pretty entertaining for all of us. Moreover, Zaid Ali who’s also Canadian YouTube vlogger trolled Sham Idrees.

Although, recently, Froggy and Sham posted another YouTube video that caught some attention. The video was about Froggy wanting to have a baby. Here’s how it played out…

After the video, Zaid Ali took Twitter to express his views on the above video, the post said “I am fed up of this. How long is this going to go on for? Is this the type of content we have came down to? We have such talented content creators in Pakistan.. yet this is the type of content which is trending. I have no words.”

Not long after the tweet was shared, Ducky bhai also jumped in to express his views and this is what he had to say…

As public figures they have a responsibility and influence over countless people.. yet this is the crap they are doing. The funny thing is people find this cute and lovely.

More people partook in the conversation and brace yourself for some top-notch entertainment!

Literally you will find all the comments saying “ohhh that’s cute”, “nice” and all.
But the reason why we can’t find comments like “fake” , “scripted” because the are BANNED.

@Shamidrees i think he was also born as a result of a #Prank. #Shame

So, in a nutshell, Sham and his new Mrs. really need to up their game with their content and find a new way to entertain their fans – or what’s left of them at least.

People use endless ways to be vocal and social media is one of them, let us know what do you think about this entire video that’s just bizarre!