Out of all the major problems Karachi faces, one of them is trash management and control. The city roads, alleys and even gutters have been filled to the brim with garbage. It’s a major crisis created by both sides, the people who litter and the management that doesn’t take any action towards this situation like installations of proper bins, garbage trucks that work around the clock making sure the bins are emptied on time and devising a solution to reduce waste.

However, the root of the problem is the people, hands down. Sadly, they haven’t spared the beaches as well. The amount of harmful trash people throw at the beach is alarming, without having any care of the severe harm they cause to not just the environment surrounding them but also destroying the sea’s ecosystem. The marine life is at risk because of us humans and our sheer negligence of basic etiquettes. 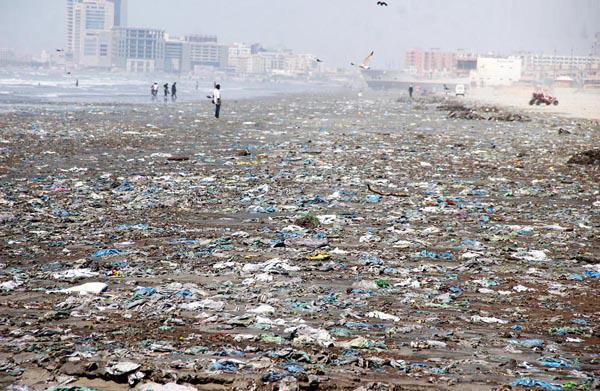 The usual argument to the overflowing trash at the beach was that there were hardly any trash cans installed and the ones that existed were too small to contain the amount created every single day by the visitors.

Do Not Fret Though As The Authorities Came Up With A Creative Solution To The Garbage Problem At Sea View And It’s Quite ‘Out-Of-The-Box’!

They not only installed tons of trash bins at the Sea View but they are quite large and not the usual-looking bins. In fact, they look like gigantic fishes. 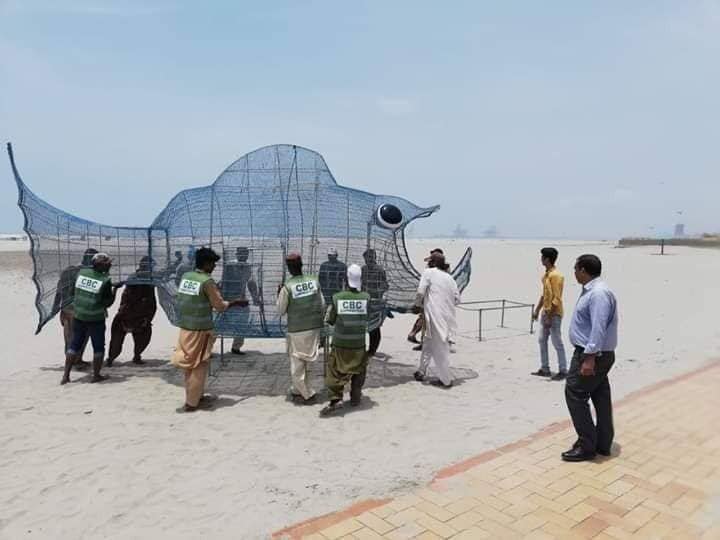 Via The Times Of Karachi

This is so creative and a great start, although it has everyone divided as there’s no guarantee if the people would even bother throwing the trash in them. Talk about having zero confidence in the crowd knowing that even the educated chunk is guilty of littering. Nonetheless, this is a great initiative from the government. Now, it’s time for the citizens to play their part in not only keeping the beach clean but also spread awareness among those who have clearly forgotten their manners and civility.

Read Also: A Mexican Couple Was Spotted At Sea View, Karachi And We Wonder If A Pak-Mexico Dosti Is On Cards!

Do you think Karachites will finally take heed and throw trash in these large fish like bins? Let us know in the comment below!

The Registration Fee For PM Imran Khan’s Naya Pakistan Housing Scheme Has Been Announced!
The Afghan Taliban Are Willing To Visit Pakistan If Invited By PM Imran!
To Top