The Afghan Taliban Are Willing To Visit Pakistan If Invited By PM Imran|Parhlo.com

The Afghan Taliban said that they would visit Pakistan if there is an invitation by Prime Minister Imran Khan. The Taliban Spokesperson, Sohail Shaheen, mentioned that if there is a formal invitation by the PM then visiting Pakistan wouldn’t a difficult task.

Pakistan’s Role In The Afghan Conflict:

According to the Spokesperson, there are separate phases of conducting talks regarding the issue surrounding peace in Afghanistan. Both of the phases include the Taliban either meeting the Afghan government or the foreign countries involved within Afghanistan. Is Pakistan’s support reaching the Afghan Taliban’s ears? Probably, as the country is actively participating in Afghanistan’s peace process. 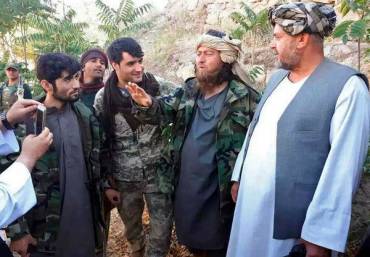 Pakistan is trying to arrive at a conclusion for the 18-year-old war, which is still on-going. Moreover, throughout this entire thing, Pakistan is at the top of those countries that regularly provide shelter to refugees. Even though this is a proud achievement but the prejudice that the citizens of both countries carry towards each other, is distasteful.

This includes the horrific case during the Cricket World Cup 2019. The Afghans within the stadium started to lash out onto the Pakistani audience. Moreover, Pakistanis barely initiated the fight nor did they fight back. The people that had been arrested for the crime were mostly Afghans. This had caused a major outbreak within Pakistan and the international world.

However, meeting the Taliban might have a somewhat impact on the relationship between the countries. The Taliban Spokesperson said, “We frequently visit countries within the region and would surely go to Pakistan, too, which is our Muslim neighbor,”

Pakistan Talks With The United States About Afghanistan:

The PM agrees that finding peace in Afghanistan is a lengthy process because of the continuous mess surrounding the country. But as Pakistan has the ability to assist in the situation, the U.S needs its help. The Afghan Taliban agreed to visit Pakistan especially after the PM visited the U.S to have a talk with President Trump. The main topic within the meeting involved the strategies for developing a peaceful solution to the Afghan war. America needs assistance especially after its budget and time heavily invested in the Afghan conflict. So, Pakistan appears as the perfect candidate. 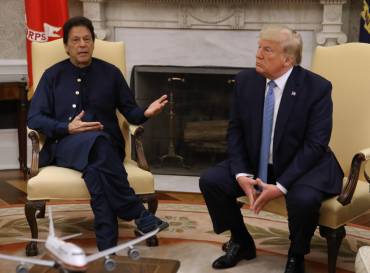 A controversial statement by President Trump during the meeting had citizens from all three countries shook. Basically, Trump said, “I have plans on Afghanistan that if I wanted to win that war, Afghanistan would be wiped off the face of the earth, it would be over in literally in 10 days and I don’t want to do that — I don’t want to go that route,”

This seemed like a jab towards Afghanistan mentioning that the U.S has enough power to abolish it completely. Not to mention, even if this statement had been used to describe the strength of the country, the wording seemed terrible. It just ignited additional fear in the minds of the Afghan citizens. And catered to people further addressing Trump’s insensitivity towards such matters.

It is possible that the Afghan Taliban might not visit Pakistan but the meeting could surely prove as a step forward for the crisis in Afghanistan.

What do you think of the situation? Do you think that the meeting between PM Imran Khan and the Afghan Taliban would actually result in a proper solution for the Afghan conflict? Share your thoughts.

New ‘Fish-Like-Bins’ Have Been Installed At Sea View Beach Karachi And This Is A Great Start!
US President Trump Is About To Visit Pakistan Thanks To PM Imran Khan’s Charming Personality!
To Top