A Journey Off the Beaten Path - Parhlo

But never a city in Pakistan.

I am certainly not the New York Times, but wanted to make an attempt to change this by sharing a glimpse of my visit.

The exchange with the Pakistani teenager next to me does not begin well. Pakistan is best known in the West as the home of Osama bin Laden and the Taliban. It was quite high on the â€œI cannot believe youâ€™re going thereâ€ list.

Sensing the concern clouding my face, he breaks out into a wide grin.

â€œJust kidding, man. Youâ€™re going to love it here. You Americans have totally the wrong image of Pakistan. Lahore is the party capital of Pakistan! Let me know if you want to go out tonight.â€

Turns out teenagers have the same sense of humor everywhere.

Party capital? Not words normally used to describe Pakistan, a â€œdryâ€ country. Despite being technically illegal, it seemed alcohol might not be as taboo as one would think. Stereotypes begin to crumble. 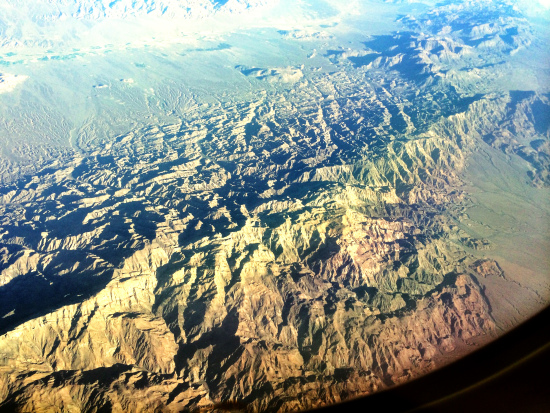 Crowds fill the immigration hall. Random people strike up conversation. Westerners are a novelty. Strangers offer Urdu lessons. My brain moves sluggishly after 40 hours without sleep. The hospitality is appreciated.

After breezing through immigration, a stocky, no-nonsense customs officer waves for a bag search. He barely glances at the large bag of malaria, cipro, and vitamin pills. My Clif bars, however, merit a thorough inspection. He tears one open and seems ready to have breakfast. After a quick sniff, he smiles, puts everything back in the bag, and waves me onward. Crisis averted.

The first thing that strikes you about Lahore is that everything is green. Willowing trees and lush grass line the streets. A comfortable breeze envelopes the city.

The streets are quiet in my Cavalry Ground neighborhood. While taking photos and daydreaming, I experience my most dangerous moment yet in Pakistan: almost being hit by an ice cream vendor. Time to wake-up. 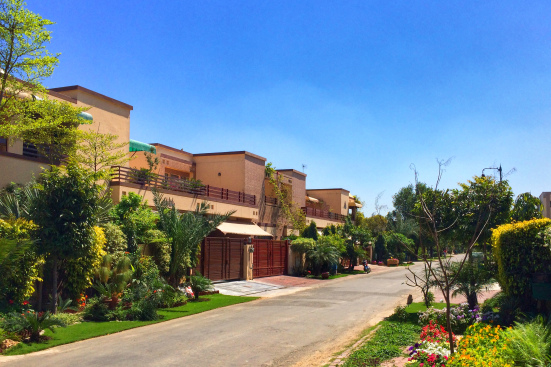 11am. Caffeine and club sandwiches.

Sensing my jetlag, my host, Lahore blogger Mohammad Momekh, takes me to Gloria Jeanâ€™s for coffee. Itâ€™s like a Starbucks in America, minus the hipsters.

Lunch is at Mohammadâ€™s. Instead of a traditional Pakistani meal, his wife prepares club sandwiches and french fries. She considers it a proper meal for an American. When I decline a Coke, her shock is palpable. â€œYou mean there are Americans who do not drink soda?!â€ Stereotypes can cut both ways.

We return to Gloria Jeanâ€™s to meet with a few local students, whose knowledge of world affairs is matched only by their eloquence.

How do Pakistanis think Americans perceive them?

â€œAmericans think Pakistanis are uncivilized, very religious, gender segregated, terrorists who live in tents. Americans are friendly, but they have a very wrong image of us. They also eat a lot.â€

â€œThe media drives this image. They make everywhere in Pakistan seem unsafe. But most parts of the country are completely safe.â€

â€œGetting blown up is the least of our problems. I stress about school, not bombs.â€

â€œMy FIFA skills. I will be practicing after this.â€

What about gender segregation?

â€œIn university, boys and girls hang out until 3am. This is normal.â€

â€œMost schools are equal between boys and girls. But in fields like engineering, it is difficult to be female. As a girl, though, I can definitely have a career and be independent.â€

Gender equality might not be quite the same as in the West, but some issues are universal.

Before leaving, the group suggests a group selfie for Snapchat. Both are popular. The Lahore McDonaldâ€™s worldwide single-day sales record is also mentioned. Some things are perhaps better confined to America. 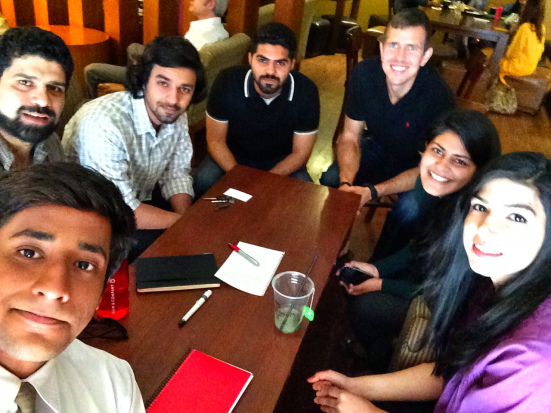 One of the students invites us to visit his school, the Lahore University of Management Science. The campus would not have felt out of place in suburban America. Footlongs at the campus Subway restaurant are popular although there is no Pakistani version of Jared. 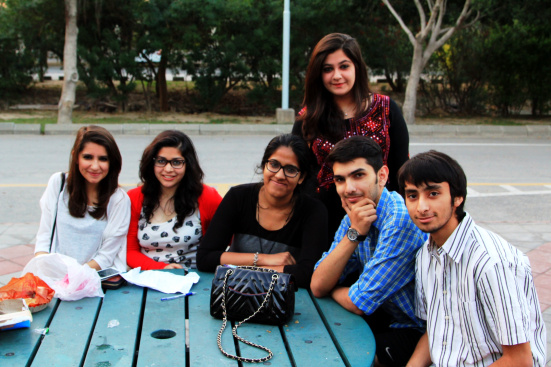 Mohammad and his wife Haleema invite me for a proper Pakistani dinner. Meals are extended, family-oriented affairs. Cousins, brothers, children, and grandparents all drop by and say hello. Around midnight, bed finally calls.

8am. No rest for the weary.

A knock. â€œTime for breakfast!â€ I am still in a jetlagged stupor and have no idea where I am. For just one moment, I wish Pakistanis were less hospitable.

Today Ali, a friend of a friend from business school, his wife Mehreen, and three children are my hosts. The first stop is lunch with their extended families. One relative seems startled. â€œI was just reading about this American coming to Pakistan on Facebookâ€¦ is that you?!â€

A consensus view on Islam in Pakistan emerged, summed up by a quote from the father who teaches Koran classes:

â€œMany teachers have distorted Islam. It is often no longer direct from the Koran. Radical clerics have often changed Islam to suit their interests.â€

The topic of women in Pakistan stirs passions. A few themes emerged.

Indignation on criticism. â€œHow many female American presidents are there? Because we already elected a female prime minister twice.â€

Discomfort with â€œrole modelsâ€. Malala, the Pakistani girl shot by the Taliban, is viewed with respect. However, many express concern that she is the only Pakistani that many Americans know.

Cautious optimism. Many Pakistani women are entrepreneurs who run successful businesses. While some interpretations of Islam restrict womenâ€™s rights, a consensus emerged that the Koran teaches great respect for women. 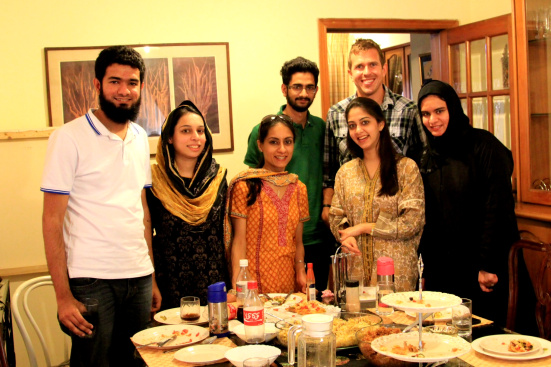 Experience flag lowering ceremony between two hostile, nuclear-armed enemies at Wagah Border, only one of two land borders between Pakistan and India. Both sides paradoxically thump their chests in perfect coordination. The soldiers ultimately shake hands and perform a synchronized lowering of flags. 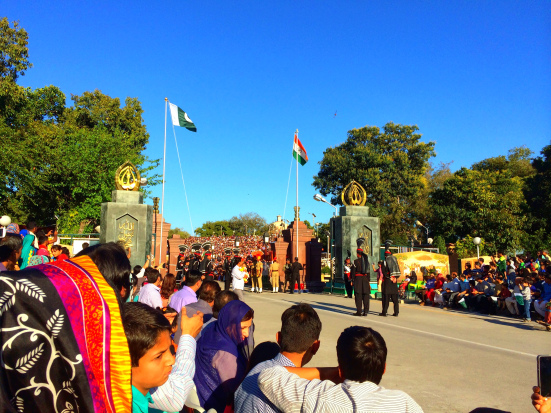 Visit Lahoreâ€™s old city. Climb a minaret of the Wazir Khan mosque for stunning views. Visit the historic Lahore Fort. Experience the Badshahi Mosque, the 5th largest in the world with a capacity of 150,000 worshipers.

Finally, dinner on Lahoreâ€™s infamous pedestrian-only Food Street. Cuckooâ€™s, a Lahore institution, is a fine choice. As is the company: a lawyer who fights for the rights of Pakistanis detained in Afghanistan, a gym tycoon, and an education guru and fitness coach. Laughter and merriment are guaranteed. 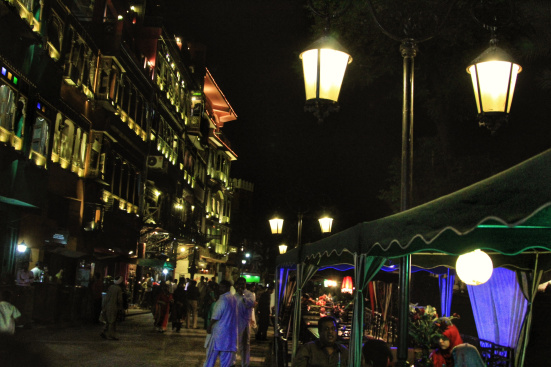 Just kidding. But we did swing by Rezaâ€™s gym to take a quick peek. He claims it gives Equinox a run for its money.

â€¢ Safety: Terrorist attacks have killed fewer than 20 people in Lahore since 2010. The same number of homicides occur in Detroit every two weeks. Detroitâ€™s murder rate is 7X Lahoreâ€™s. Despite this, the US State Department advises against all non-essential travel to Pakistan. I personally never felt unsafe.

â€¢ Stereotypes: Like most places, these are often derived from a small population and applied to a large one. In Pakistan, people seemed keenly aware of their stereotypes and felt passionate about correcting what they considered grave misperceptions.

â€¢ Hospitality: Pakistani hospitality cannot be overstated. The entire country went out of the way to welcome me. Within a week of sharing my plan to visit, hundreds of Pakistanis invited me to their homes and cities across the country. My biggest regret is having only a week-long visa.

Pakistan welcomed me with open arms and hearts. Life seemed, in many ways, not so different than anywhere else in the world. Next time Islamabad, Karachi, and the mountains will all be on the itinerary. I have no doubt that there will be a next time â€” hopefully it will be sooner rather than later.

First Published in BEYOND THE HEADLINES,April 2014.