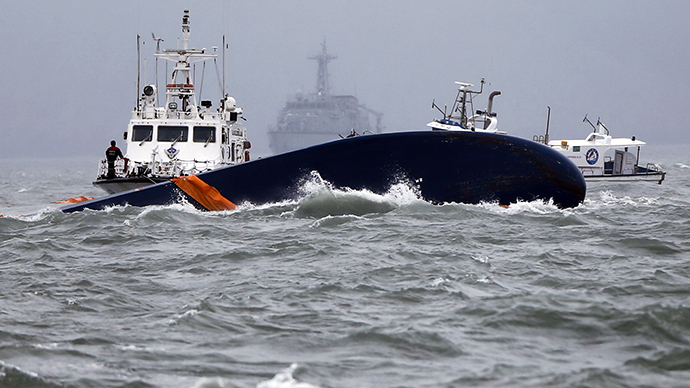 The captain of the South Korean ferry that capsized on Wednesday has been arrested, Yonhap news agency reported. Rescuers continue to search for survivors, as 268 passengers remain unaccounted for.

Captain Lee Joon-seok is facing a total of five charges, the most serious being negligence of duty and violation of maritime law.

On Friday, investigators revealed that the captain of the vessel was not at the helm at the time of the incident, and had left his third officer in command. Local authorities issued arrest warrants for Lee, the officer left in charge, and one other crew member, for not providing proper assistance to the passengers during the accident.

On Saturday, search and rescue divers were able to enter the capsized ferry, where they found three more dead bodies, bringing the death total to 32. Meanwhile, 264 individuals still remain unaccounted for.

The ferry capsized while on its way from Incheon, in the northwest, to the southern resort island of Jeju. It was carrying over 400 people. Rescuers have so far managed to save 179 individuals. 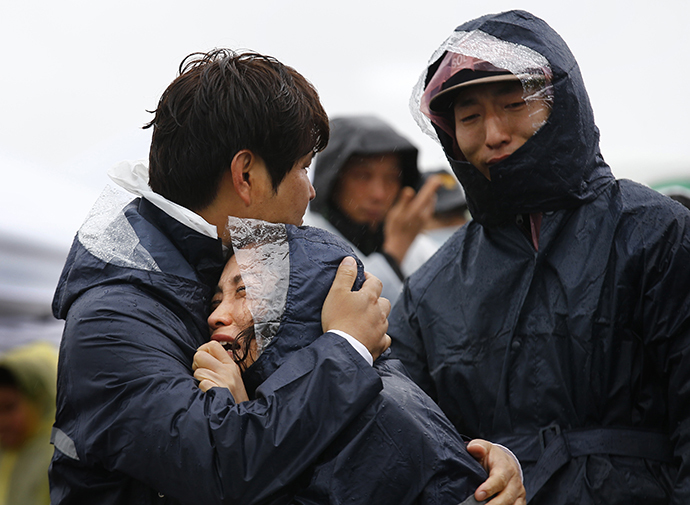 The vice principal of Danwon High School, who was charged with the care of hundreds of high school students on the ferry trip, has committed suicide. Kang Min-gyu was found hanging from a tree on the island of Jindo, where the parents of the children lost in the ferry accident are staying. Kang was rescued from the ferry before it sank and is believed to have taken his own life out of guilt.

Rescuers are continuing the search for 268 people who remain unaccounted for, but progress is being hampered by poor weather conditions. Over 500 divers have been deployed to search for passengers with the slim hope that they could have survived in air pockets underwater.

The cause of the accident still remains unknown, although investigators suspect that the vessel could have struck a rock or made a sharp turn, causing it to overturn.

Captain Lee Joon-seok appeared on South Korean television on Thursday to deliver a message to the families devastated by the disaster.

“I am really sorry and deeply ashamed. I don’t know what to say,” he said.

The captain has been the target of public anger following the accident. The South Korean government has also been criticized for its handling of the incident. A spokesperson for the aggrieved families spoke out against the authorities in a television broadcast on Friday morning, accusing the government of lying to them.

“The government lied yesterday,” he said. “Is this the reality of South Korea? We plead once more, please save our children.â€

The spokesperson alleged that the South Korean government has lied about the size of the rescue effort, claiming that it is actually much smaller.

Amateur footage of the moment when the ship began to capsize has been posted online. It shows how the passengers were told to stay put on the ship, even when it started to tilt. Some critics have argued that if an order to evacuate had been issued earlier, more people could have been saved.