This Parody Account of Zulfiqar Ali Bhutto Is For Everyone Who Won't Stop Saying "Bhutto Zinda Hai!" 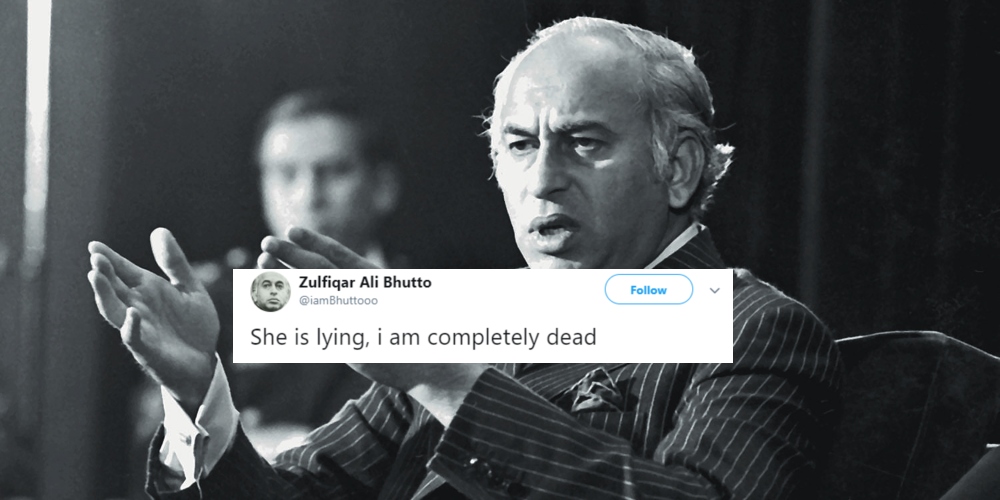 Former Prime Minister of Pakistan, Zulfiqar Ali Bhutto died in 1979. He was executed as a state order released by Zia ul Haq. Bhutto led the Pakistan People’s Party and remained a prominent figure of the local political spectrum. The supporters of PPP and the Bhutto family hold sentiments and attachments to the Bhutto name still today.

The Bhutto family has ruled PPP which happens to be one of the biggest political parties in the country, timely serving as a representation in the government with noteworthy members having huge political careers. The supporters of PPP continue to chant “Bhutto Zinda Hai!” in rallies, marches and public gatherings as means of rekindling their spirits and showing support to the family. 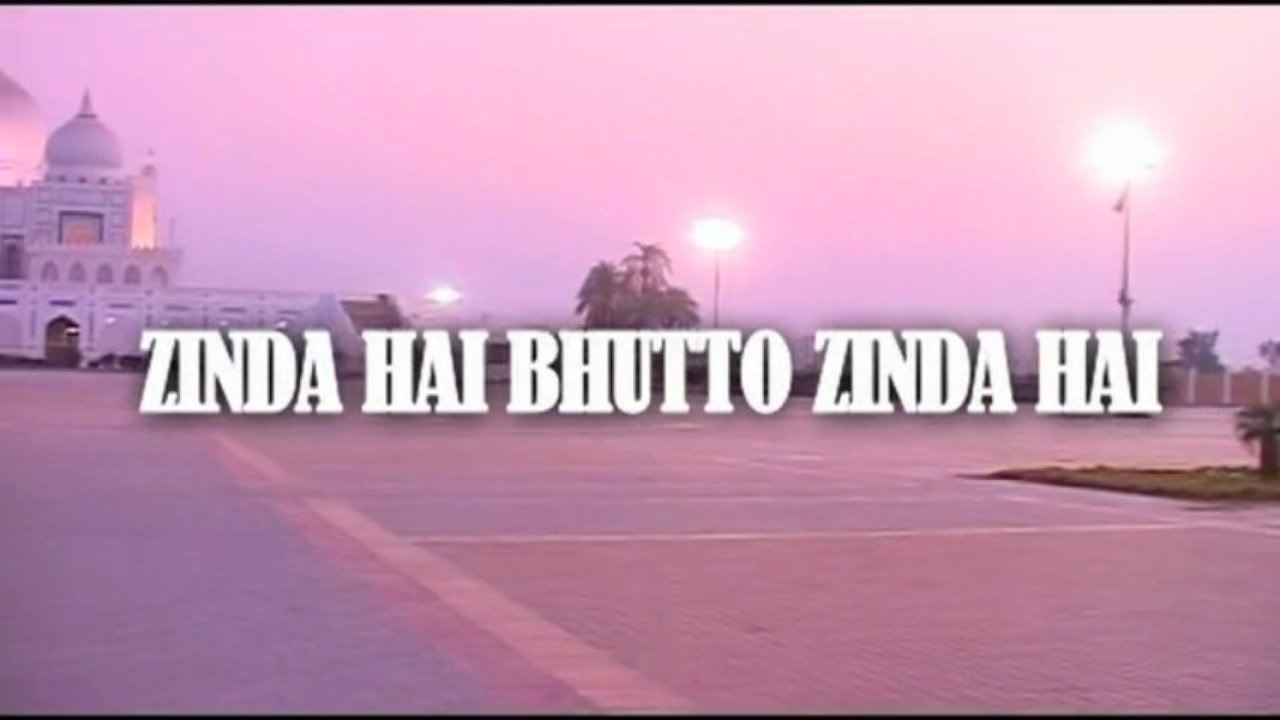 Meanwhile, the opposition and rivals have come to find “Bhutto Zinda Hai!” as a joke and an instrument to mock and make fun of the whole Bhutto cult and their supporters. All sentimental values aside, it’s true that Bhutto isn’t zinda, a fact every supporter of PPP finds a hard pill to swallow perhaps.

Anyway, we just came across a parody account of late Zulfiqar Ali Bhutto and it something for every single person who says “Bhutto Zinda Hai”!

This will seriously crack you up!

So, here, PPP actually handed a party ticket to an individual who is actually dead. The parody account did not let go by any easily!

Apparently, Aseefa Bhutto Zardari, who needs no introduction went on with it and boy, oh boy… we are gonna leave it just here for you to see!

She is lying, i am completely dead https://t.co/DYbVazQKba

I am completely dead too

Here goes another one…

Well, guys, we did not mean to hurt anyone’s sentiments out there. If Bhutto is zinda for you, so be it. Let’s not sweat about it.