The world of politics is always on a whirlwind of conspiracies, controversies, and leg-pulling. May it be the opposition or rival political party, the entire structure of politics is a complex game of chess with diplomatic pawns set on the board. Simultaneously, when it comes to Pakistani politics, the profound name of Reham Khan is no mystery, she is now dragging Zulfi Bukhari to court!

This saga of Khan bashing Zulfi Bukhari began way back in 2019, where she took to Twitter on 6th December and mentioned in a tweet followed by a link of commentary on YouTube. Khan claimed the national assets of Pakistan were being sold to assist people like Bukhari and Aneel Mussarat. She referred to this practice as an ‘act of robbery’. 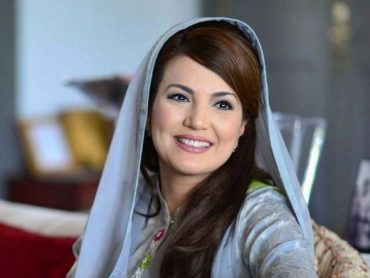 In addition to that, even Khan’s son came to support his mother by saying, “This is going to be a case of critical importance for freedom of expression on matters of demonstrable public interest, Reham Khan simply discussed the matter while demanding transparency over important decisions regarding its administration and this libel case is an attack on freedom of speech and the rights of Pakistanis. Reham Khan has nothing to gain by speaking out about the Roosevelt Hotel but was affected by the series of events, as all patriotic Pakistanis would be. We must fight against tactical suppression of such voices.”

To make matters worse, Khan took to Twitter, to request her followers to give her funds so that she can easily fight a case in London High Court. The page is hosted by her son, Sahir Khan.

To fight for my right to talk about the Roosevelt Hotel case I will need the support of all my friends & followers against Zulfi Bukhari in the London High Court.
Here is the link to my official crowd funding page
Plz donate👇🏼https://t.co/LHTfJoZySl

This did not bode well with the PTI tigers and party members. Hence, people started to call her out on her inadequacy and false claims.

Regardless, of how the Twitterati responded to her funds, Bukhari was not at all impressed with the false allegations. As a matter of fact, he is suing Khan for her allegations against him.

Is speed se to it will take 2 years to complete the donation amount :p
For the purpose of welfare, Khan can raise this amount in few minutes.
Aunty tum se na hopayega 😂🖐️ pic.twitter.com/iPxiWqX9Eo

Although, he didn’t comment on the situation before; the papers and judicial documents are enough proof that Bukhari will be asking Khan for an apology and a retraction of all the defamatory allegations she has thrown his way!

Overall, Khan is being represented by Hamlin’s law firm and Bukhari by a defamation law specialist. In addition, Khan is also denying all allegations and is yet adamant and is persistent to fight the claim.

However, Bukhari’s lawyers have put forward that the Roosevelt Hotel deal comprises of five members and Zulfi is being maligned and singled out in this scandal.

This isn’t the first time Reham Khan is being trolled for her false claims. She has been pretty sour since her divorce from PM Imran Khan. From calling him a black magic conspirator to calling out all of PTI supporters.

Extremely reckless and opportunistic rhetoric by Reham. Pandering to tabloids and in the process insulting every Muslim woman around the world, who chooses to veil herself in any way she wishes. https://t.co/ltPqlCfpYe

The former wife of the PM knows how to topple things and get attention. In addition, we hope that the truth comes out regarding PIA’s Roosevelt Hotel sale and justice prevails real soon.

Afridi Criticizes Sindh Govt, Says Who Will Punish People Who Have Turned Karachi Into Garbage?
Man Gets Software Updated After Derogatory Remarks Against People Who Support Karachi’s Separation
To Top