The Central Superior Services (CSS) is hands down Pakistan’s most renowned and respected field of work. Becoming a bureaucrat is more than just a dream, it is what every young person in our society dreams of. Some end up as winners, while the majority ends up with a broken heart or a thing or two to learn.

Only recently, the Federal Public Service Commission (FPSC) announced the result of CSS 2019. Out of thousands of candidates from around the country, only 372 made it to Pakistan’s bureaucracy this year.

Out of those 372, one story stands out. This is the story of Zuhaib Ali from Rural Sindh. A humble, down to earth boy, who has seen nothing but hardships in life. Zuhaib Ali is the son of a small-town mechanic from Larkana, and he has made his father the happiest person in the world with his achievement. 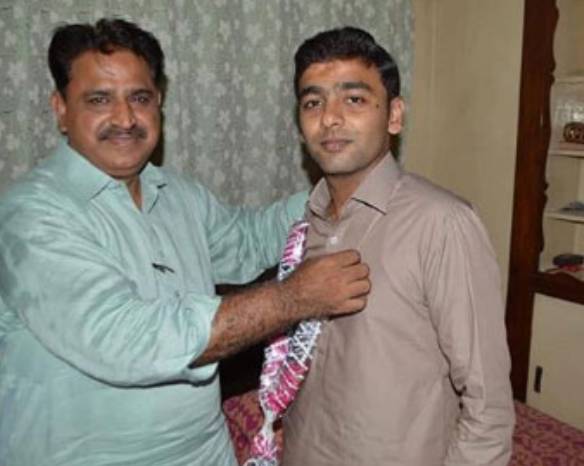 Zuhaib’s father always wanted his children to succeed, which is why he spent a lot of effort into their education. Zuhaib passed his FSc from Cadet College Larkana in 2010. Since then, he had only one thing on his mind, which was to become a civil servant.

Encouraged by his father, Zuhaib started his mechanical engineering from Mehran University Sindh. That is when he got the biggest heartbreak. His father passed away in 2012. His old man had dreamed of seeing Zuhaib succeed, and little did he know, that day would come in 2020.

So moved was Zuhaib with his father’s death, that he made it his goal in life to become a CSS, qualified bureaucrat. He wanted to fulfill the dream his father saw in his life. After countless hours burning the midnight oil, Zuhaib Ali cleared CSS 2019. Today, he has been allocated in the Inland Revenue Service of Pakistan and will start his career as Assistant Commissioner (IRS).

Zuhaib worked hard for where he is today, along with his father who put so much effort into his education. It doesn’t matter who we are and where we are from, dreaming big is not impossible.

With the perfect mix of luck and hard work, this son of a small-town mechanic today is a Pakistani bureaucrat. Only 2.5% of the total candidates passed their CSS exam.