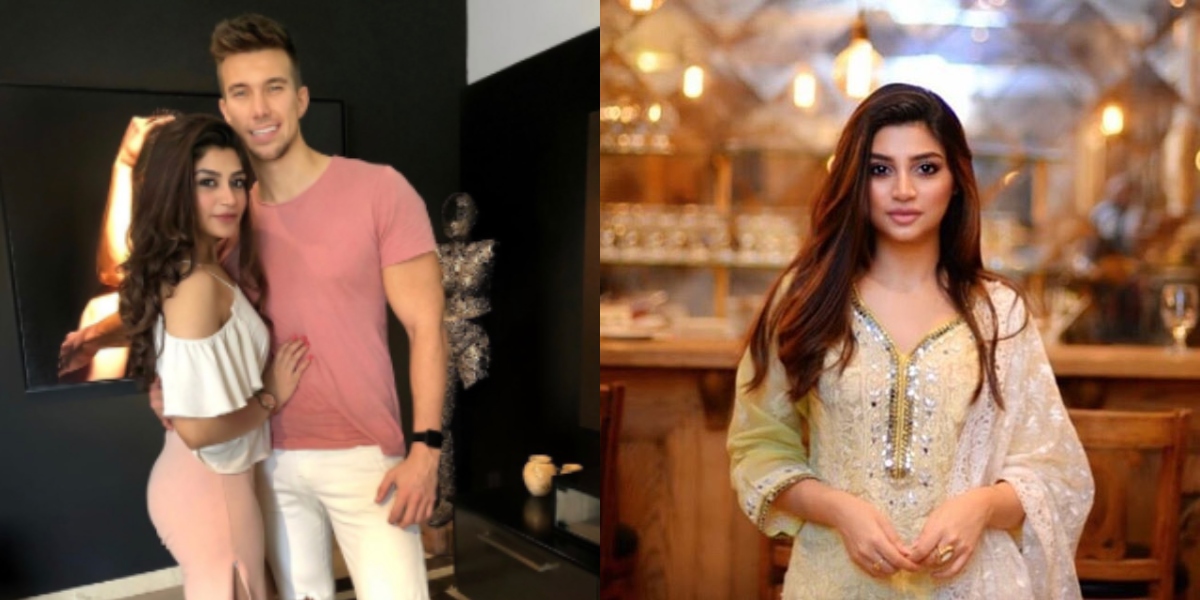 Over the past few years, the fan obsession of Pakistani social media users with a show’s actors/characters seems to have taken a flight for the worse. Recently, Pakistani television actress Zoya Nasir became one of the latest victims of moral policing on social media.

Zoya recently wished her friend Christian Betzmann, a German travel vlogger who has been in Pakistan since October 2019, on his birthday. Most of the Pakistani friends also wished Christian on his birthday. However, there were a few Pakistani users that used derogatory language on the model’s personal picture.

I was so disheartened to see such comments under a Pakistani actresses’s picture. Its sad to see that these people think it’s okay to say such disgusting stuff. Why are people here full of nothing but hatred and judgement pic.twitter.com/N2fnt94FK4

If this actress chooses to date a white man or chooses to dress a certain type of way. Okay I am not saying it’s right in Islam. BUT to say things like this, do you think Allah would be very proud of you? I hate the people here fkn sick sick mindset

i try my best to not read comments under a public figure's post anymore bc trust me it disgusts me alot and u'll find such creeps everywhere esp on instagram. i hate it here ugh

it’s every women that’s got any sort of fame, people can’t see it they literally can’t so they HAVE to say smth but they don’t get that they’re just being hateful plus giving clout cuz bad or good it’s still clout

Zoya Nasir is not the first celebrity in Pakistan that has been a victim of moral Policing. Pakistani users didn’t even spare Dirilis Ertugrul‘s Esra Bilgic. The Turkish actor played the character of Halime Sultan in the popular drama. The serial has gained major traction in Pakistan. However, hoards of Pakistani men descend on her Instagram to moral police her regularly. Esra Bilgiç then revealed the dark, albeit hilarious, side of Pakistani fans as they went on to relentlessly moral police her on her clothing and poses.

Pakistan men having a meltdown at esbilgic (Halima Sultan from Ertugul) posting a picture because Astaghfirullah Halima baji 😂 pic.twitter.com/sFblUu5Bw1

The most obvious cause is a highly conservative society. Sticking to the culture and traditions is a priority that is mostly inherited from elder generations. We act under the influence of society but forget that actual society is made by us, always demanding that people listen to us, adjust with our choices. However, if somebody else has a different choice then us, we become the one criticizing. We have no tolerance for change and we are not courteous enough to respect anybody else’s choice. The desi trolls for Esra Bilgic is an example of this intolerance.

Most of us suffer this moral policing at some point in life and then give in. Making us believe that it’s not possible to change. This mindset makes us apprehend every other person who is still struggling for change, Eventually counting in one of those who were against us. We discourage others, thinking that, we know better. Just because we have suffered it before.

Giraffe Spotted Inside A House In DHA Karachi During Rain – Are We Playing Jumanji?
Electric Buses To Hit Pakistani Roads This Year – In 3 Years The Country Will Start Making Them
To Top