As a child, one of the coolest places to visit was the Zoo. Perhaps its a desi thing or something universally tact, but the idea of going to Zoos has always been one of the most interesting ones. Simultaneously, it would shock you to learn that one of the zoo’s in the federal city of Pakistan, Islamabad, has become a victim of a new scandal. Here is how.

Initially, the Marzghar zoo is known to have about 917 animals in total, as was quoted in the July 2019 report. However, the zoo’s management was changed and the new management was given to the Wildlife Management Board, the number of animals available in the zoo is limited to 404. Thus, this is raising a series of questions regarding the missing 513 rare breed animals.

Reports suggest that these rare breed species include deer, chinkara, bara sangha, blue cow, and rare breeds of birds, which were rarely seen during the transfer. The fearful aspect highlighted here is that possibly due to negligence these exotic and expensive animals might have succumbed to death or might have been stolen.

Hence, the management of this zoo is being questioned for their negligence. As a result, Islamabad High Court is now ordering that the remaining 404 rare breed animals be shifted to a safe haven within 30 days out of the Marzghar zoo for their own safety.

The elephants are ordered to be moved either to a sanctuary within the country; whereas sending it abroad is also being put on the table for discussion. The Islamabad Zoo does doesn’t comprise of the basic needs at the moment. 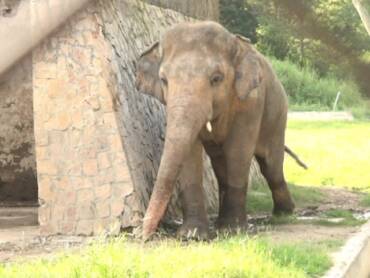 Although, court proceedings have been carried out and Islamabad High Court is looking into the matter it still makes us wonder and worry for the poor innocent animals locked up in the zoo and also being neglected of the basic needs and facilities of their life. It also proves that there is without a doubt nothing wrong in saying that humans have failed in understanding humanity as a whole. Somewhile back, another case of negligence from Islamabad zoo was identified, where by even an FIR was registered! The negligence towards animals security and maintenance is truly hanging by a thread in Pakistan.

In a nutshell, we hope that the case dissolves soon and the people can understand the importance of humanity for all. We hope Islamabad High Court is able to relocate and find the missing animals and get to the bottom of this scandal.  Just a while ago, a man who had a mini zoo in his farmhouse negligently let his lions free. That’s right! Six lions were found roaming the city of Karachi, Gulshan-e-Hadeed town!